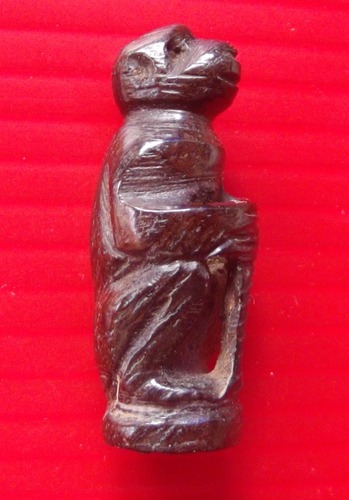 Ling Jab Hlak means ‘Monkey Grabbing a Pillar’ – This is the Traditional Name for the Amulet, which depicts a Vanora (Monkey) holding on to a War Club, or Vertical Pillar. Blessed and Empowered over 7 Saturdays and 9 Sundays, with a final grand Empowerment (Putta Pisek/Tewa Pisek) after the Wai Kroo of 2554 BE. 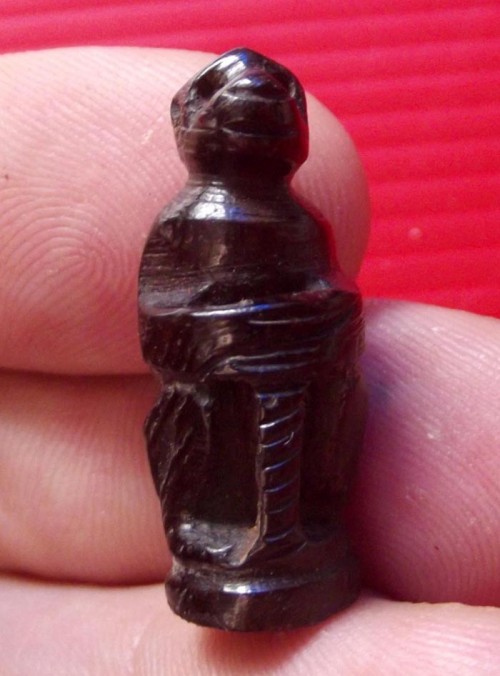 The Wicha Ling Jab Hlak was passed down to Luang Por Foo from Luang Por Ding of Wat Bang Wua. This is the reason why Luang Por Foos Hanuman and Ling Jab Hlak amulets have been amongst the most sought after Vanora (Monkey) amulets in the last decade in Thailand. 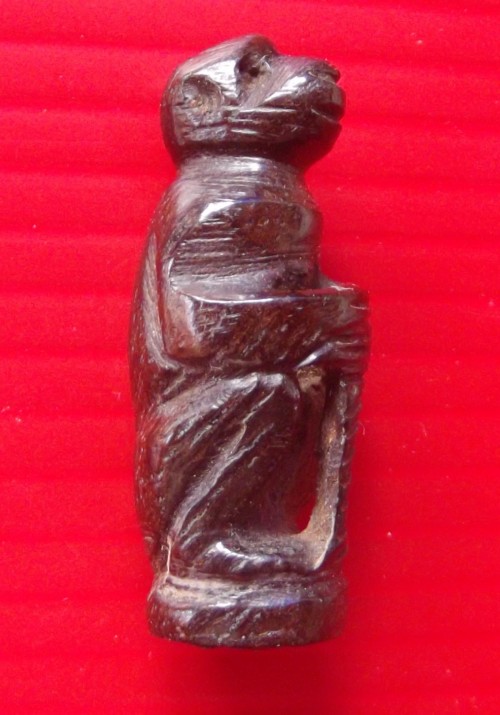 The Puttakun Power of Luang Por Foo’s Ling Jab Hlak is not an Iota less than that of Luang Por Ding’s at all, and this has become common knowledge, making Luang Por Foo the current leader in Popularity for amulets of this type. His amulets are documented and catalogued, which is always a true sign of them becoming future show standard amulets (normally the amulet societies only accept editions which have been well documented). 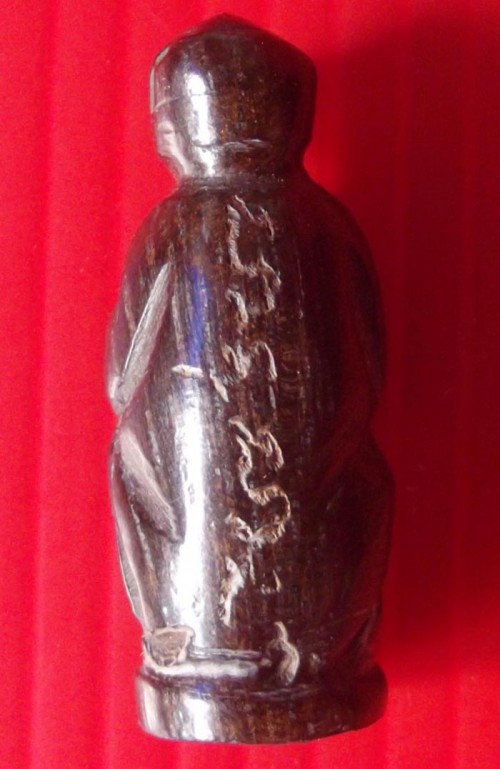 The rear face of the statuette has Sacred Khom (Khmer) Agkhara Spell Inscription, from the hand of Luang Por Foo. 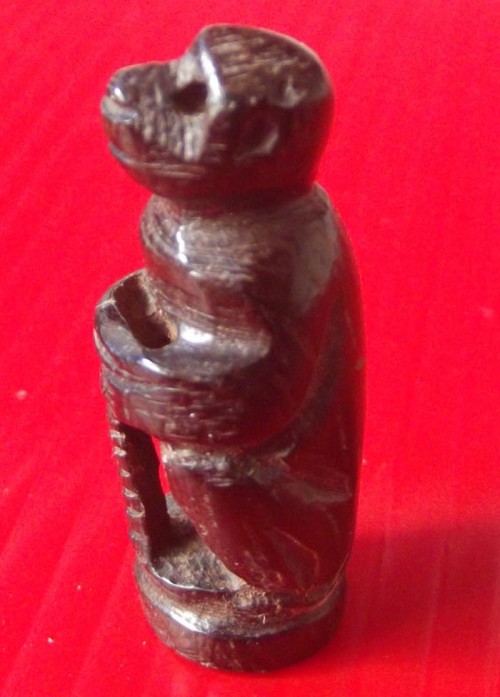 The amulet is made from hand carved sacred tree wood, and has sacred powders and pastes stuffed into the base of the amulet. 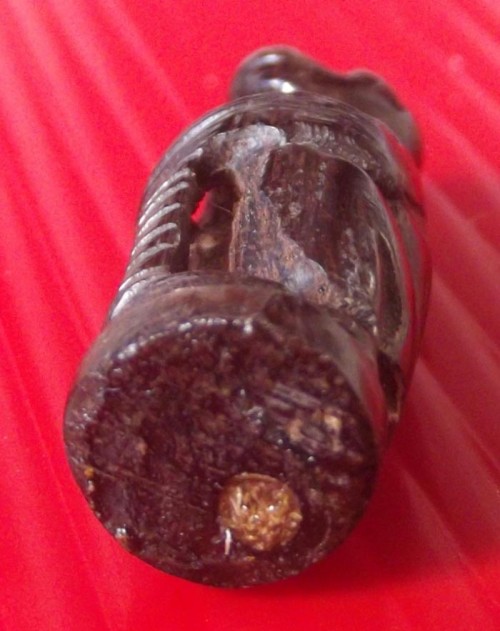 Apart from the Ling Jab Hlak amulet, Luang Por Foo has also made some excellent Palad Khik amulets with this edition also made from carved sacred wiid. He made them using the Wicha of Luang Por Iam of Wat Ta Ee, which he recieved from one of LP Iams Prime Looksit, Luang Phu Rerm. Although Luang Phu rerm never made or was famous for making Palad Khik himself, he did possess the true Wicha from Luang Por Iam, and passed it on to Luang Por Foo. Luang Por Foo also received a different Wicha for Palad Khik from the lineage of Luang Phu Hluea of WatSaw Changoke, which he was donated in an grimoire from a Lay master who was a devotee of both Masters. 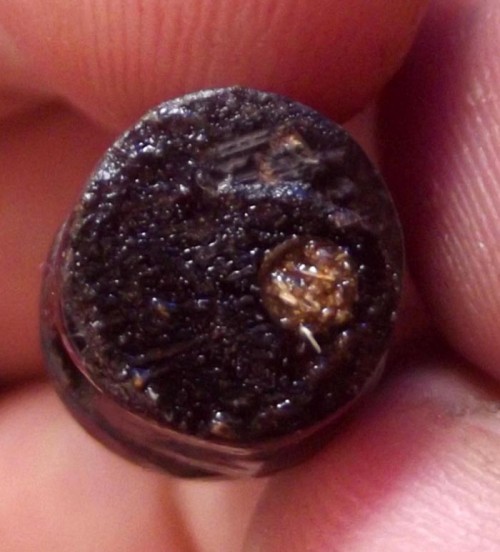 Luang Por Foo used both Wicha together to produce the Palad Khik released in the same edition as this Ling Jab Hlak Vanora amulet.

Both LP Hluea and LP Iam used these Wicha in the Indochina Wars to help people, and now Luang Por Foo has developed the Wicha of both these Masters to make one single Wicha which is second to neither of their originating Lineages. Luang Por Foo has already attained fame for both his Hanuman and Palad Khik amulets and is considered to be of the few Masters who have equalled or surpassed the Adept Abilities of their predecessors of the previous Generation. He is believed by some to be amongst the few true Powerful masters of Buddhakhun Magic (Auspicious Buddhist Magic) of the Present Era. 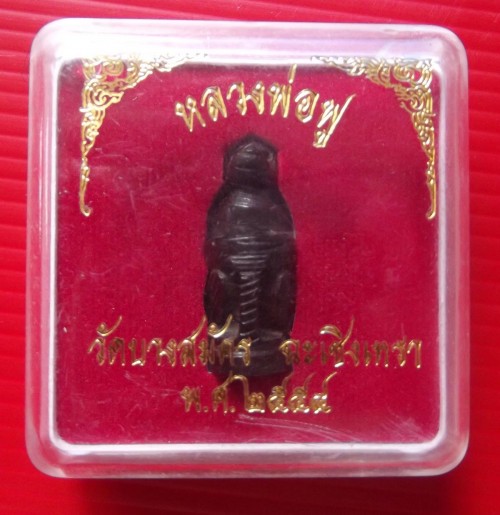 Comes in Original Temple Box – Can be Encased if Desired

This amulet is now a rarity made from Luang Por Poon of Wat Pai Lom in 2547 BE. Luang Por Poons amulets are known not only for the effectiveness of their magic, but also for the fact that the amulets are always made with a very high grade of design quality and finish. They are thus not only sacred items of reverence, they are also wonderful examples of Buddhist Miniature Fine Art. Hanuman serves many functions from Kong Grapan, Klaew Klaad, Maha Lap, and Maha Sanaeh. Used by everyone from Thai Boxers, Amorous Lovers, Military Personell, and those who have to compete often. Hanuman is the symbol of loyalty, strength, invincibility, wit and charm, as well as agility. The amulet is made from Galai Ngern (silver alloy). Its fine detail and craftsmanship is notable.

Pra Ajarn Maha Surasak is slowly having his secret exposed, and people are beginning to hear of his skill with powerful amulets, as well as his amazing trajectory of learning Wicha that are so rare to find and master , which he has received from some true Gaeji Guru Monks of previous generations. His Wicha Sai Hmai Jet See (seven colored silk thread charm) is now becoming famous because of great success with the few people who were lucky to have this kind of amulet from him, and is part of what has caused much interest from those who seek more deeply for a good Ajarn and a truly powerful amulet. His Pokasap Takrud have become a rarity and the incredibly beautiful sacred magical artifacts from this Master are always made in small numbers and under rather secretive empowerment ceremonies. It is never possible to obtain large numbers of his amulets, and once again we are only able to offer one of these Pha Yant to you. Made in 2552 BE. This Yant Cloth is of great interest to collectors of rare articles, for it is already hard to find after only a short time since its creation. It is definitely one of the more attractively and well made Yantra cloths around, and demands a worthy frame, rather than pasting on the wall.