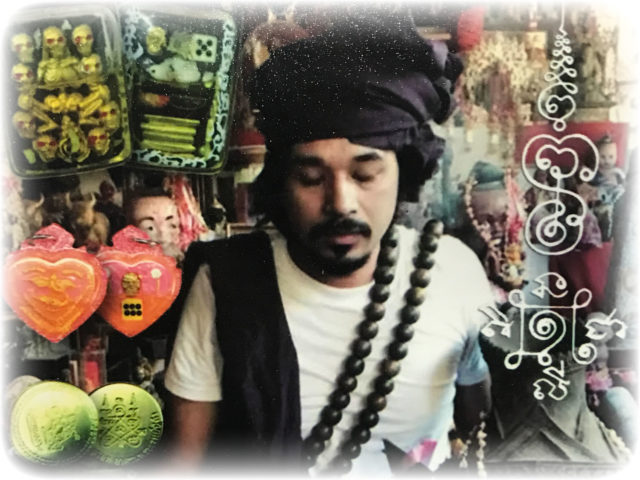 Empowered with the formula of the Dtamrab Dtai Hloeng (Burmese Hilltribe Sorcery), from Ajarn Bun Rod, the only known living Looksit of aged sorceror Ajarn Phu Hnan Hyad of the Dtai Hloeng Burmese/Thai Borderland Hilltribe. Ajarn Phu Hyad was an Uncle of Ajarn Bun Rod who moved to Thailand from Burma, and who Ajarn Bun Rod began to learn Magical Wicha from the age of 10 years old. 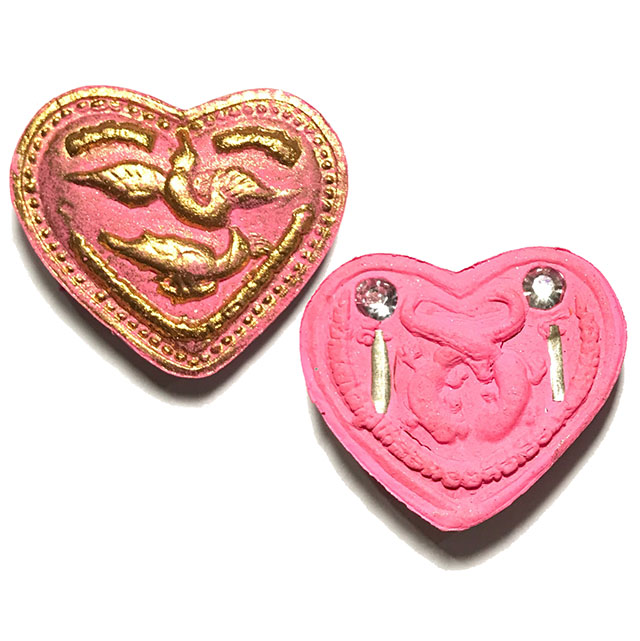 This leaves Ajarn Bun Rod and a very few Burmese Hilltribe Sorcerors remaining, making it very difficult to find a master who can perform this Wicha, which is centuries old. After having learned many Wicha, Ajarn Phu Hnan said that he had no more to teach, and that his Training was complete. Ajarn Bun Rod then learned many more Wicha from Ajarn Plod, including the Wicha Saa Haek, with its triple blessings, which is imbued within this amulet along with the Wicha Bang Prai and Wicha Dtai Hloeng. 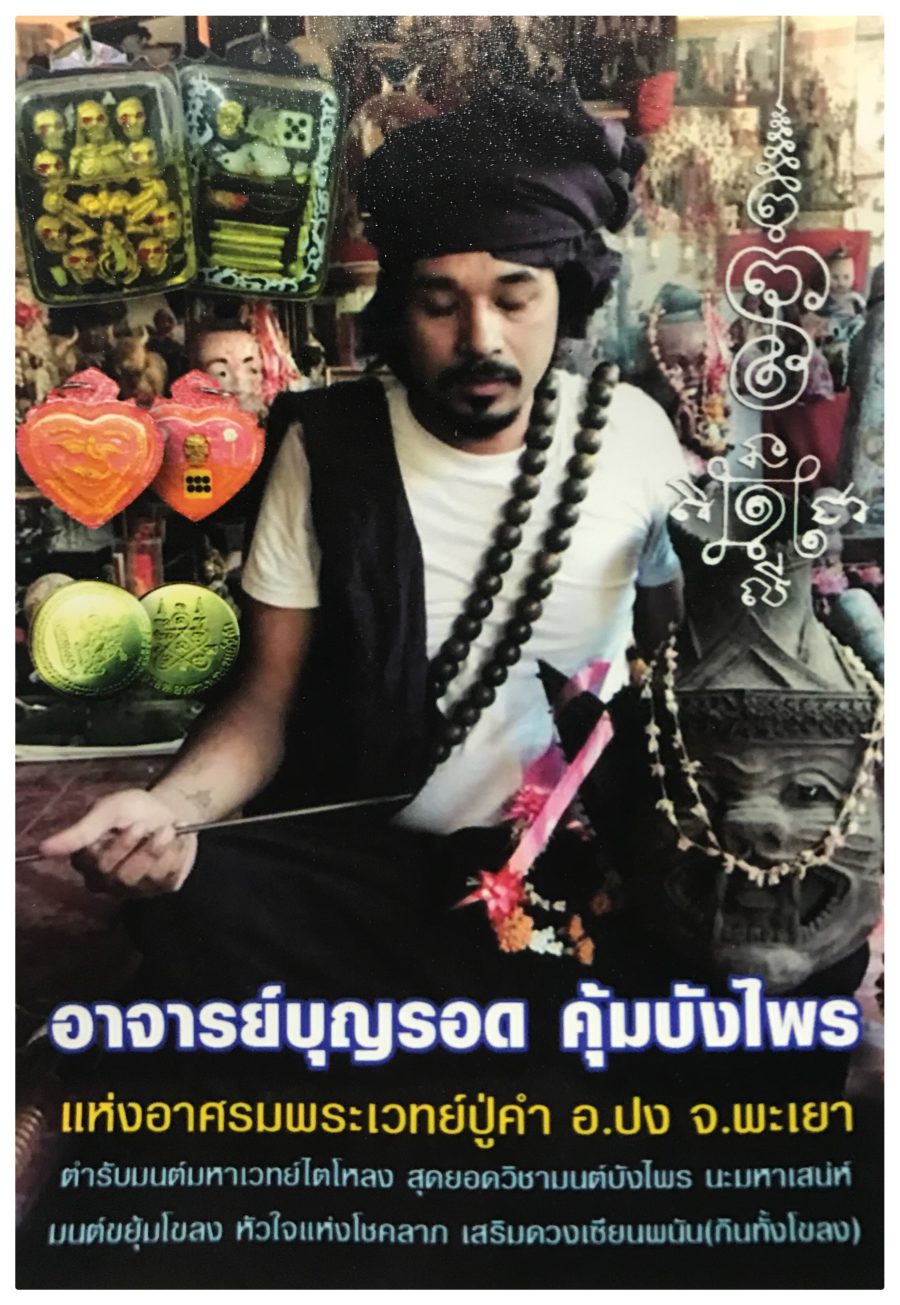 The Hua Jai Khayum Khloeng is empowered to Improve the Power of Attraction and Seduction, Improve Professional Success, Increase Wealth and Promotion, Increase the Fortunes of Professional gamblers and increase sales, and improve professional advancement. 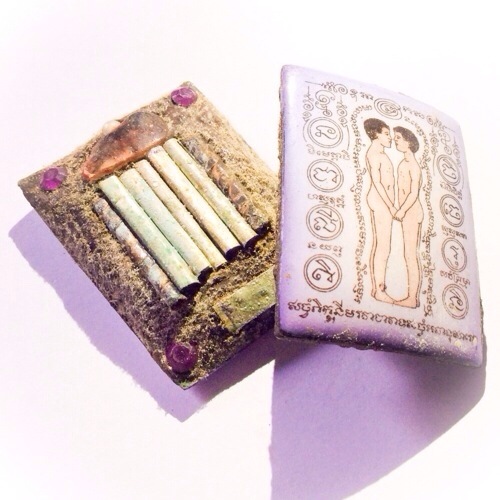 This In Koo locket, or, as otherwise popularly called in south-east Asia, ‘Yintong’ Prai Deva symbiotic Yab-Yum hermaphrodite Deva locket, is an amulet that is of the highest regard  or its immensely powerful Maha Sanaeh attraction and charm.

This locket, comes in two versions, this purple one, being the gay males version of this ancient northern sorcery (Wicha) of the Lanna People of Northern Thailand and Laos, and also of the ancient Khmer necromantic magical sorcery traditions. There was also a yellow version made, for heterosexuals. 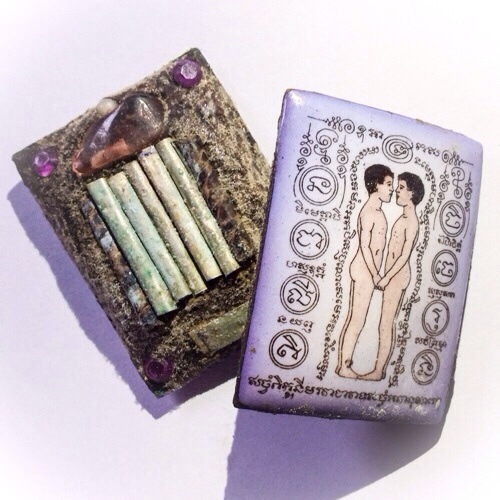 The In Koo, is 1000-year-old magical sorcery spell, that has been used by the people of northern Thailand and the country of Laos, and the ancient Khmer Brahman people, from the pre-Buddhist era. Both the invocations for this supernatural ghostly spirit, with immense psychic powers, and the use of magical herbs, powders, and sacred oils, to empower these amulets, has been a practice for hundreds,if not thousands of years in buddhist and pre-Buddhist Thailand.

Various Takrut spells are inserted, made from pure silver foil, and-snake skin. For purple gemstones are inserted into the corners of the rear face of the sacred powder filling of the locket, for Maha Pokasap amd Maha Lap Lucky wealthy fortunes.

The Wicha dates back to pre-Brahmin times even where the animist belief system was rife throughout not only Southeast Asia but the whole world. 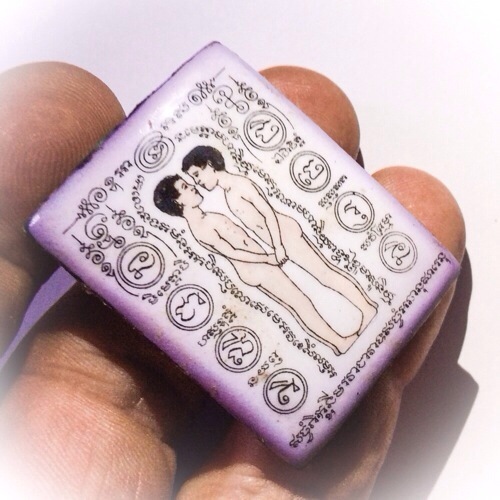 Whatever religions have arisen throughout the centuries and the aeons, animist beliefs have survived and maintained themselves contained within almost all great and lesser religions of the world right up to the present day.

We believe there must be a reason for this that is more than just superstition, and that the power of animist charms is of a magical nature, that calls upon the oldest and most primitive and ancient of our ingrained natural abilities and beliefs, which are programmed into us from our forefathers, and through our DNA. 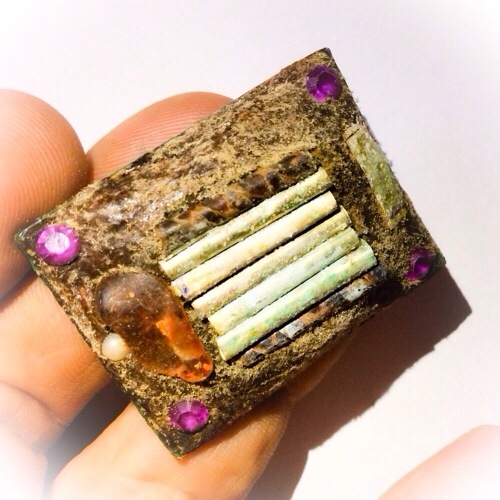 The rear face of the Muan Sarn Sacred Powders of the amulet is stuffed full of ‘Ploi Sek’ gems, and pearl, with solid Silver Takrut Magic spells inserted as well as-snake skin Takrut for Metta Mahaniyom Maha Sanaeh, & Maha Lap, Maha Pokasap magic. Silver foil called stamp is embossed upon the rear face of each locket which are in this case Ongk Kroo Masterpiece Versions.

This amulet is intended to not only attract and enchanted, but two inside the Kama Sutra power of sexual desire, within the hearts of home on intends to approach and indeed approaches and speaks to all those who approach through the power of the Maha Sanaeh Muan Sarn Sacred Powders. 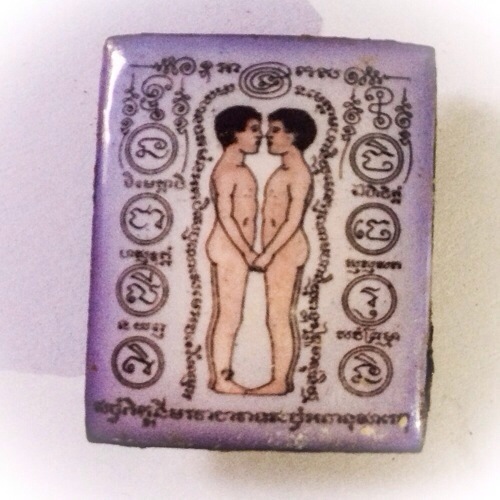 Front face of the locket shows two naked males holding hands and gazing into each others eyes and loving embrace. sacred Khom Agkhara Lettering is embossed in The form of Sacred Yant, and magic spells written in ancient Pali Sanskrit using the ancient Khmer script which has been used for inscription of Buddhist texts and magical spells for thousands of years since before Buddhism even arrived in south-east Asia 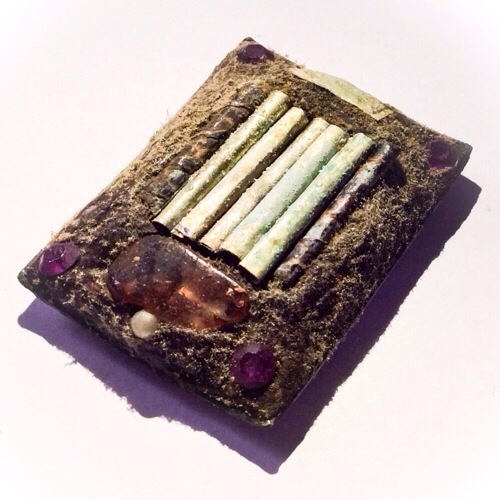 The amulets are given a life of their own, through the reanimation spells of the Kata Akarn 32, & the Kata Riak, Pluk, Hnun Taat See, which are the three sets of invocation (Riak Taat See/calling), turning (HnunTaat See), and reanimation (Pluk Taat See); spells for the four elements to be called a welcome and turned within the inanimate object used to give the spirit as a dwelling place.

The Magical Properties and attributes of the In Koo;

Kata for using with In Ma, In Koo, and In Rak

If the In Koo is kept in the House, then all the family and people in the household will love each other and be happy together. If it is worn as a love charm or carried on ones person, then it will cause everyone the wearer meets to feel friendly and compassionate towards them, and even make others fall in love with the wearer if Bucha is made to the In Koo, and this request is asked for in exchange for Bucha.