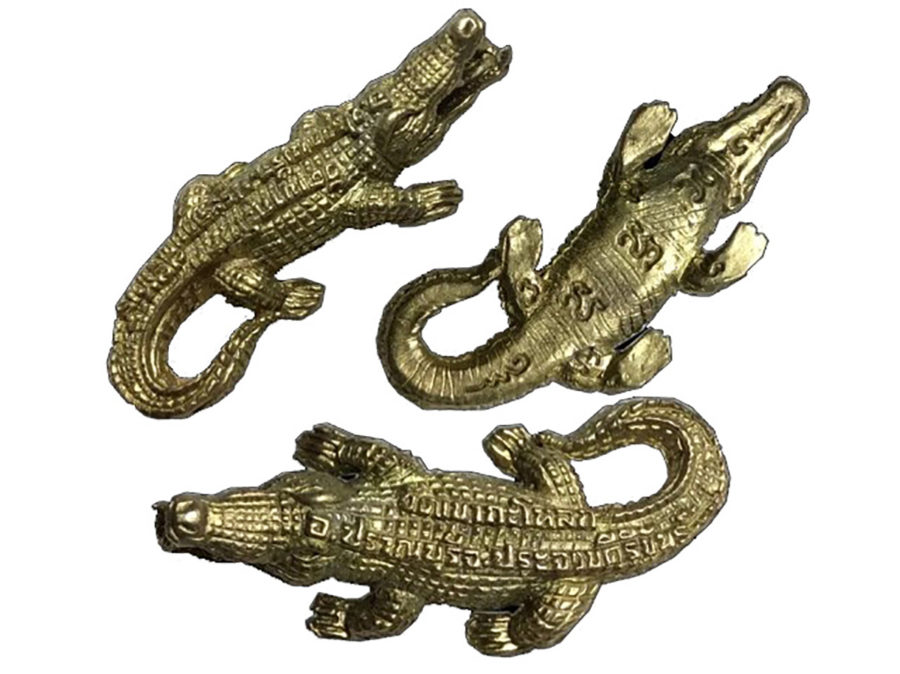 When speaking of the sacred crocodile Animist Charm, the Wicha Jorakhae sorcerous crocodile spell of Pra Kroo Samun Tam, can be said to be synonimous with the name of the temple of Wat Khao Galoke. Pra Kroo Samun Tam is the first ever abbot of Wat Khao Galoke, and ordained at age 31 in the year 2522 BE, as Wat Tamma Pracharam with the Great Luang Por Tong Sukh of Wat Sapan Sung as his Upachaya Ordaining Officer, Luang Por Phaew, of Wat Tanode Luang as his Pra Gammawajajarn Prompting Officer, and Luang Por Pan of Wat Tamma pracharam as his Anusawanajarn Witness. The Paya Jorakhae Aathan of Wat Khao Galoke is so popular that it has been made in more than a dozen or so editions.

The Jorakhae Akom most probably Represents the Chalawan Giant Crocodile, who ate his fill and grew to giant size, and was a highly feared Deified beast of Thai Folk Tales and Literary Fable. They are a very rare kind of animist charm to find made, for so few masters possess the Wicha. This makes them very special because of their rarity and exclusivity, and of this particular Niche of the Thai amulet scene. Apart from this, we should look at the magical properties all the magic spell used in this very ancient animist Charm. The Jorakhae is of course a type of Mara (Underworld being), and thus protects against other Maras during the time it serves you. 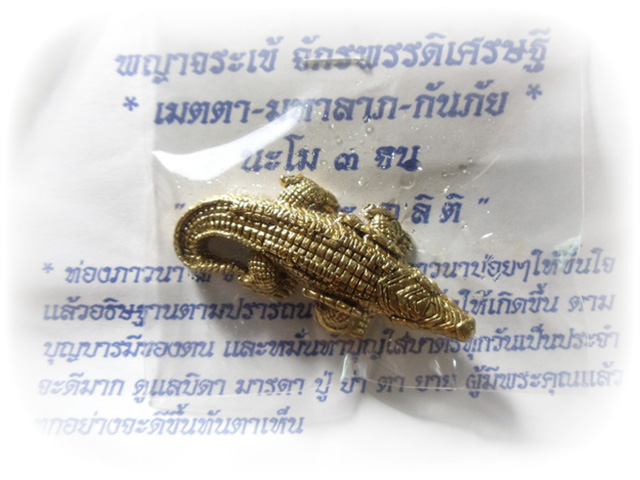 The first edition was released in Nuea Tong Daeng Rom Dam only, with 6000 made, on 1st January of the year 2550 BE, 6000 amulets made, with the words ‘Wat Khao Galoke embossed. The edition was so successful and popular, that a second edition was required.

The 2nd edition was released in the same year on the 10th of May 2550 BE, with 4,400 amulets made in Nuea Tong Hlueang, and Nuea Tong Lueang Rom Dam. This edition also depleted fast, and made a third edition necessary, to fulfil the needs of the devotees who missed out on the first two editions. 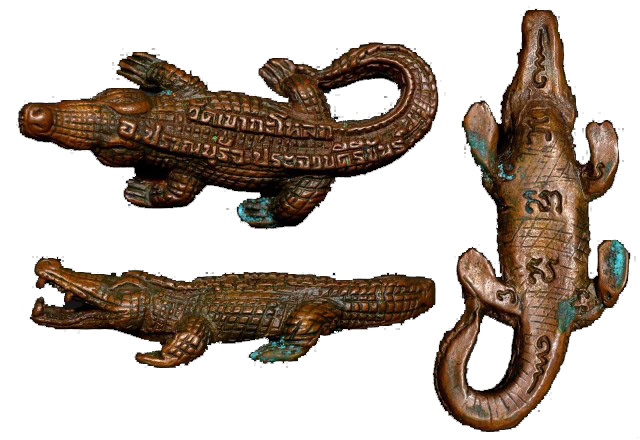 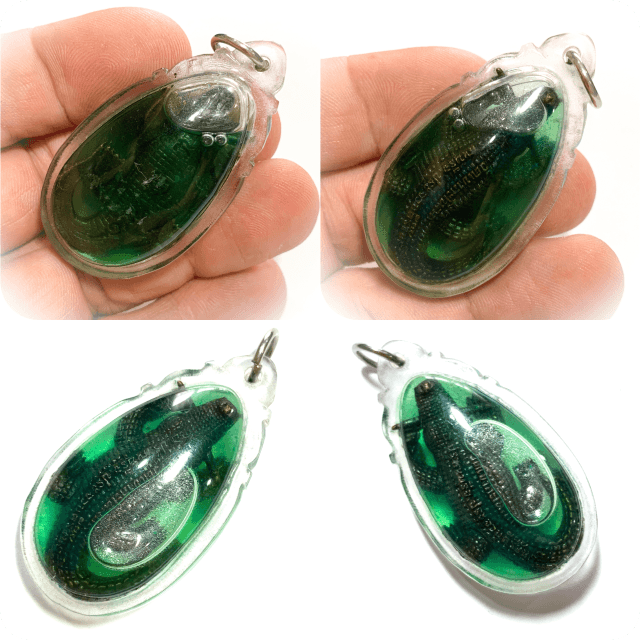 The Fourth edition was also released in the very same year during the ceremony of receiving the Royal Pat Yos Monk’s Fan of Status. This 4th edition came after the third edition depleted, much to everyones’s surprise (considering many more than the previous editions were made to avoid depletion). By this time, the Jorakhae Akom of Wat Khao Galoke had become nationally famous, and was in demand around the whole country.