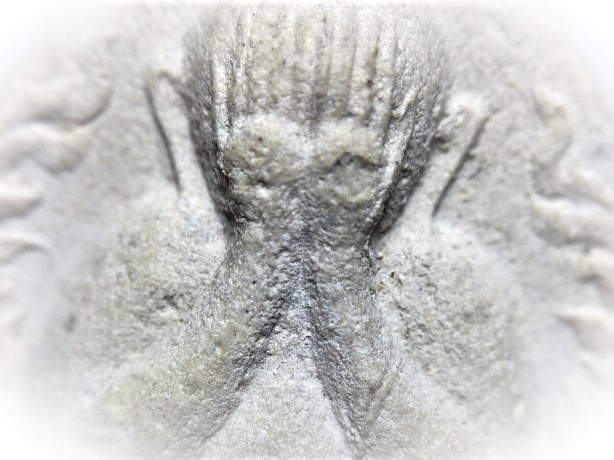 The Pra Pid Ta Jaroen Lap YSS Chae Nam Mont Prayer Water Soaked Thai Buddhist amulets were blessed by Royal Commission with his Holiness Somdej Prayan Sangworn (Sangkaracha) presiding over the Buddha Abhiseka Ceremony to perform empowerment and blessings, and chant the Dhamma Chakra to open the eyes of the Buddha, as is ubiquitous in Amulet and Statue blessing ceremonies (Buddha Abhiseka). 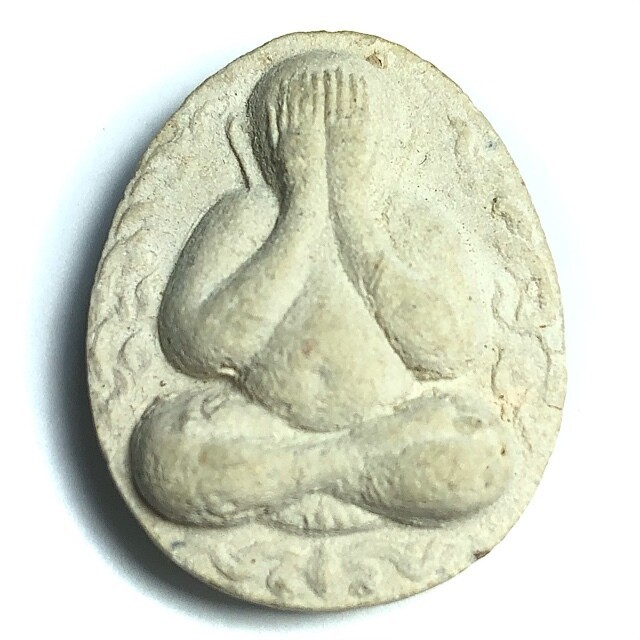 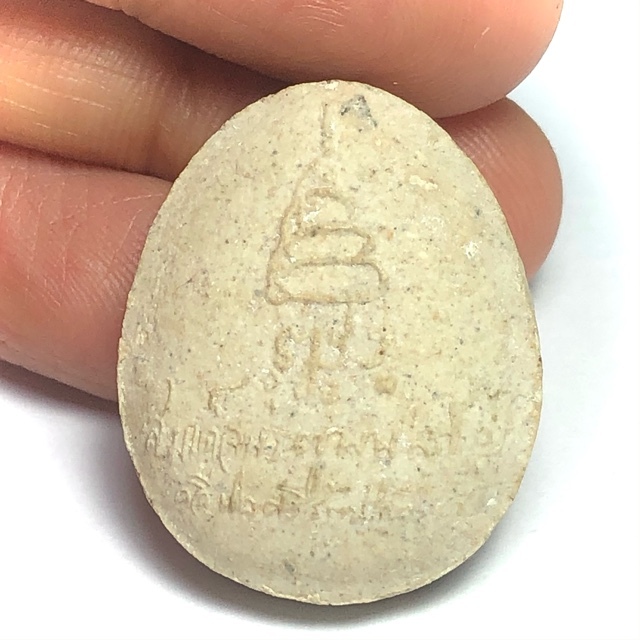 The rear face of the Pra Pid Ta amulet has the Sacred Yant Ongk Pra (also known as Yant Nam Tao gourd Yantra, due to the likeness in shape of the Buddha symbol, to a water-gourd), the YSS Royal emblem, and signature of Pra Sangkaracha. Being medium in size, the amulet would fit both men and women, equally well. The Pra Pid Ta should protect you, assist in maintaining focus at work, play and in meditation, and evade dangers, attract wealth, and liberate you from debts.

various models were made, in Pim Lek (smaller) and Pim Yai (larger) versions, in various versions of Muan Sarn Sacred Powders, including Nuea Pong Puttakun, Nuea Bailan, Nuea Wan Dork Tong, & Nuea Wan Chae Nam Mont. The edition was released as is ubiquitous with Royally approved editions of Pra Sangkarach, along with a range of Pra Somdej Buddha Image votive tablets. The Pid Ta is from one of Thai History’s most Holy Monks, who was the official head of the Sangha and Royally appointed Abbot of Wat Bovornives Temple. The amulet is a respectable and highly sacred amulet, to pass on down in the family through generations. This is what has come to be known as ‘Heirloom Amulets’, for their Sacred and Historical Value, and their Immortality of Repute as a high class pure Buddhit Amulet from one of the purest monks we have seen in the modern era, with a host of other famous Gaeji Ajarn Guru Monks to perform the Buddha Abhisekha (Putta Pisek) ‘awakening of the Buddha’ Blessing Ceremony.

In Thailand, such Nationally Respected Amulets are considered family heirlooms. The beauty of the Pra Pid Ta amulet, the Sacred Blessings of its now deceased maker, and the respectable age and visual characteristics, make this a sacred amulet that is highly desirable for Buddhists who seek improved meditation, wealth, rid of debt, lessening of suffering. The Pra Pid Ta represents a monk entering the meditative state of Nirodha, which means the cessation, or extinguishing of all sufferings.

Nirodha sacca refers to “the cessation of all the unsatisfactory experiences and their causes in such a way that they can no longer occur again. It’s the removal, the final absence, the cessation of those things, their non-arising.”[1] According to the Buddhist point of view, once we have developed a genuine understanding of the causes of suffering, such as craving (tanha) and ignorance (avijja), then we can completely eradicate these causes and thus be free from suffering

This is symbolized by the fact the Buddha/Meditating Monk, is closing his eyes and/or other orifices with his hands, to block out any external disturbances, and focus within, on emptiness. 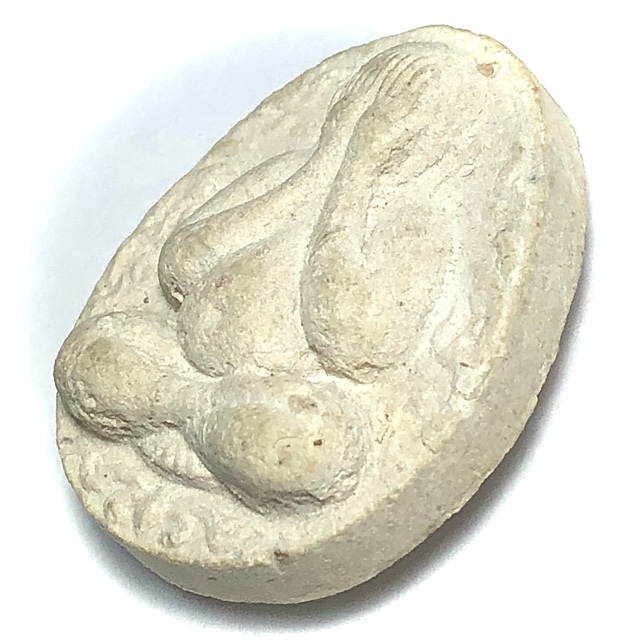 Pure Buddhanussati, with the Sacred Buddhist Blessings of one of the Purest Monks of the last Century, made from powerful yantra powders with the Yant Ongk Pra and the signature of Somdej Prayan Sangworn emblazoned on the rear face, as his personal Sacred Blessing. 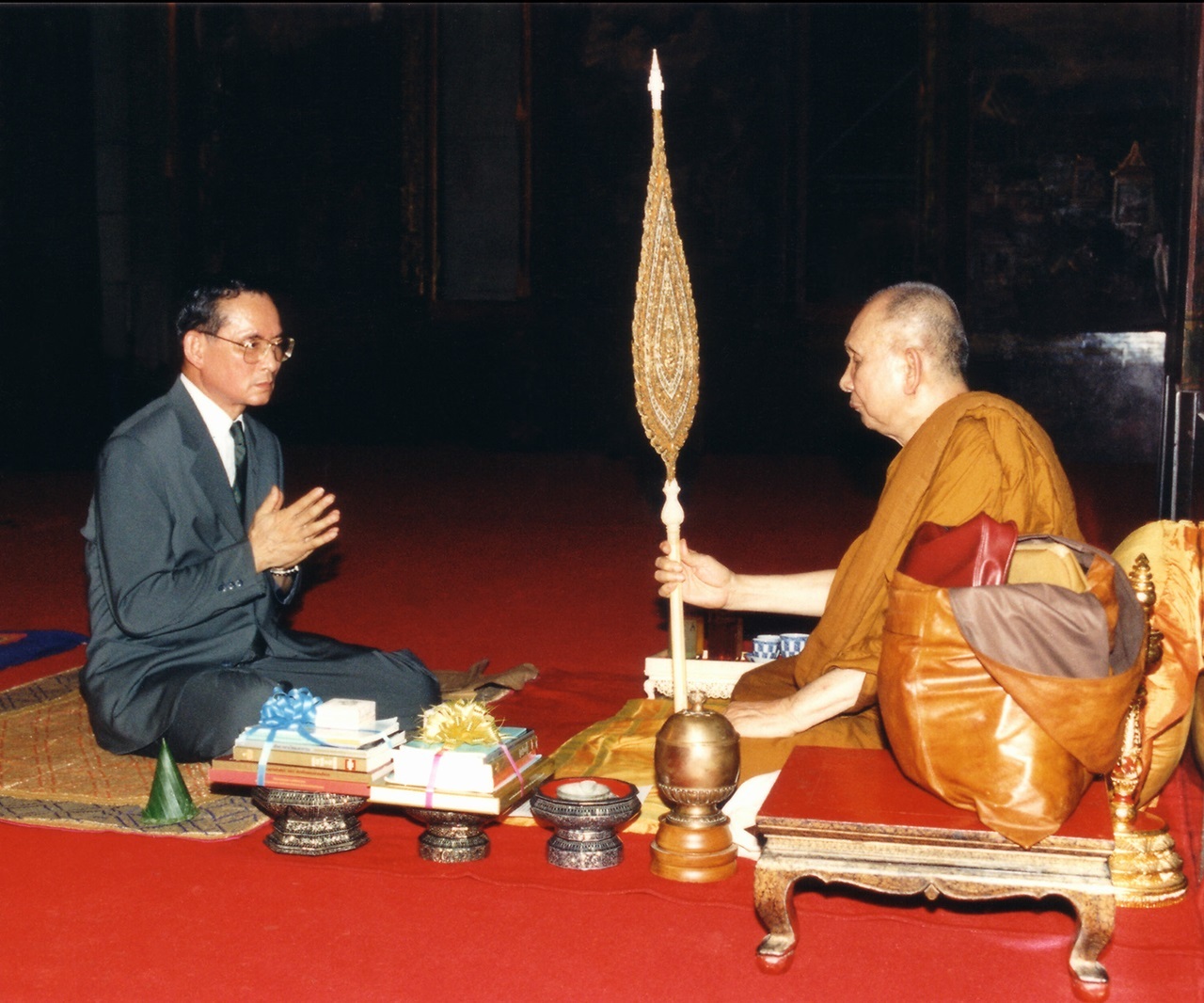 Somdej Prayan Sangworn, or endearingly known as ‘Pra Sangkarach’, was the Head Monk of the Royal Palace and Administrating Monk at Wat Boworn also. He was the highest Official Status that a Monk can attain in Thailand. He passed away at the ripe age of 100 years and 21 days Years old in 2556 BE. His legacy and amulets remain for the faithful to keep as heirlooms and Buddhanussati. All editions of amulets of the Sangkaracha are now becoming ever rarer since his passing away, and this particular edition is yet another essential rarity and collectible amulet with auspicious Buddha-Magic, for both the sacred Blessings from the Sangkaracha, as well as for its great Historical Value as the 50th anniversary memorial edition of the Indojin Ceremony, which is one of the three greatest and largest master ceremonies of Thai Buddhist History.

You can use the Kata Pra Pid Ta or/and Kata Ārātanā Pra Krueang incantations, to call upon the power of the amulet, and beseech blessings. Kata Pra Pid Ta, or, ‘Pra Pakawambodee’ is one of the most powerful Kata to Chant for increasing Riches as well as protection, reducing sufferings and illnesses and incrementing Happiness and Luck. 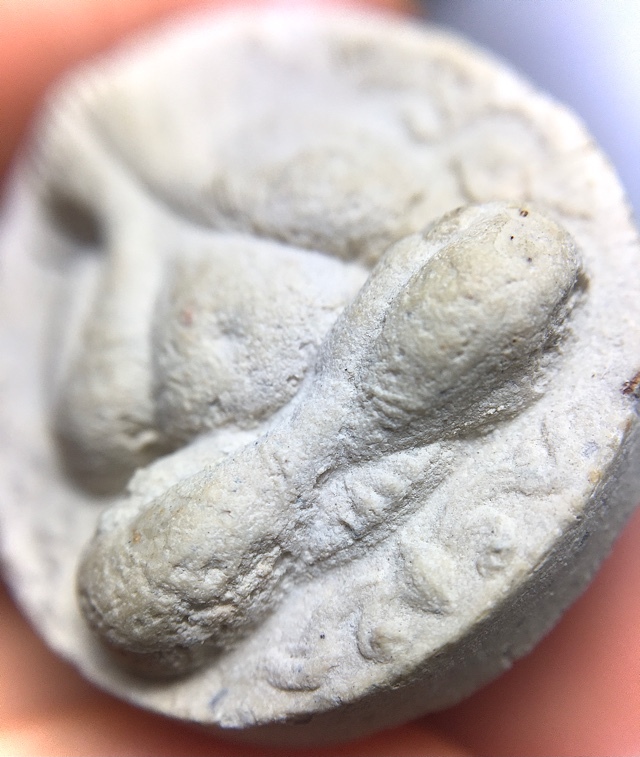 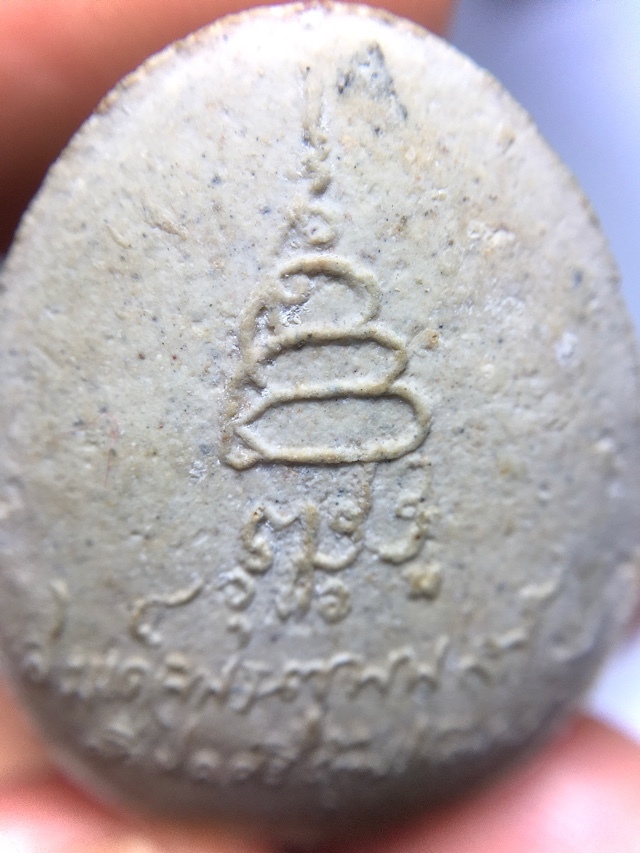 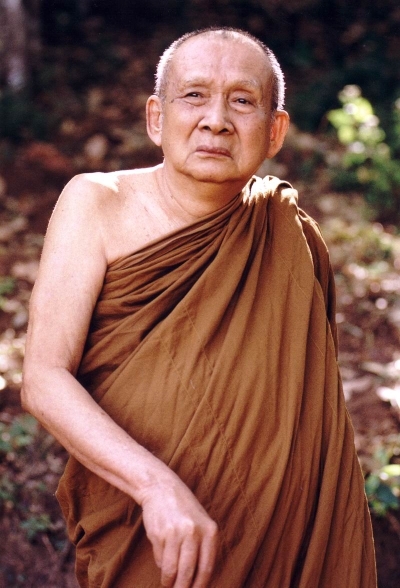 Kata Pra Pakawambodee is one of the most powerful Kata to Chant to Pra Pid Ta for increasing Riches as well as Protection, reducing Sufferings and Illnesses and incrementing Happiness and Luck. 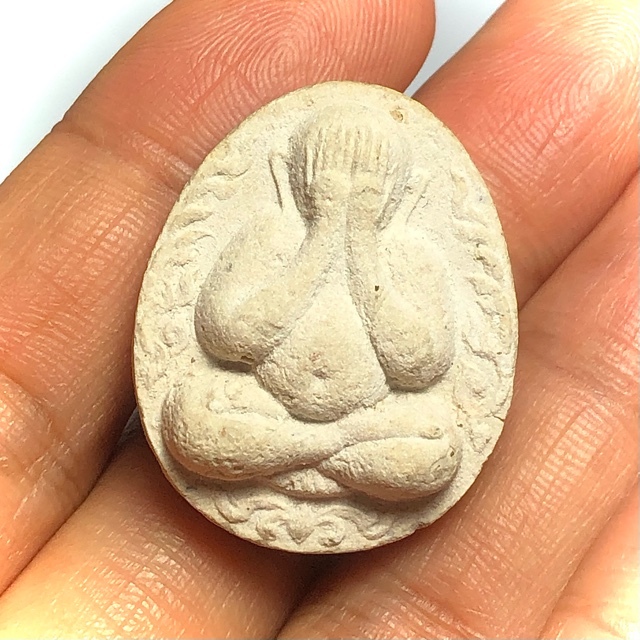 Pra Pid Ta amulets, as well as Pra Pid Ta in form of Pha Yant, and Bucha statues, have been produced as objects of reverence and protection since very ancient times in Thailand. The artisans of that time created various styles and interpretations using the various periodic influences of Buddhist art and sculpture available at the time.
Various Deity forms were used to make the Pid Ta posture (‘Pid Ta’ means ‘covering the eyes’) 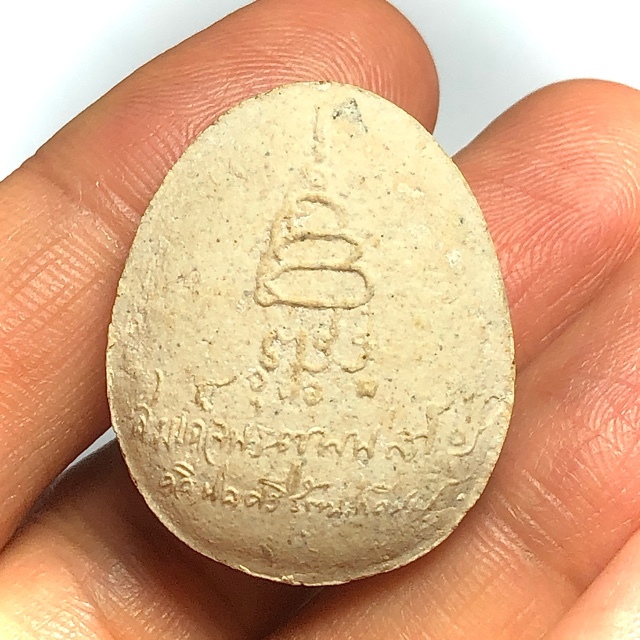 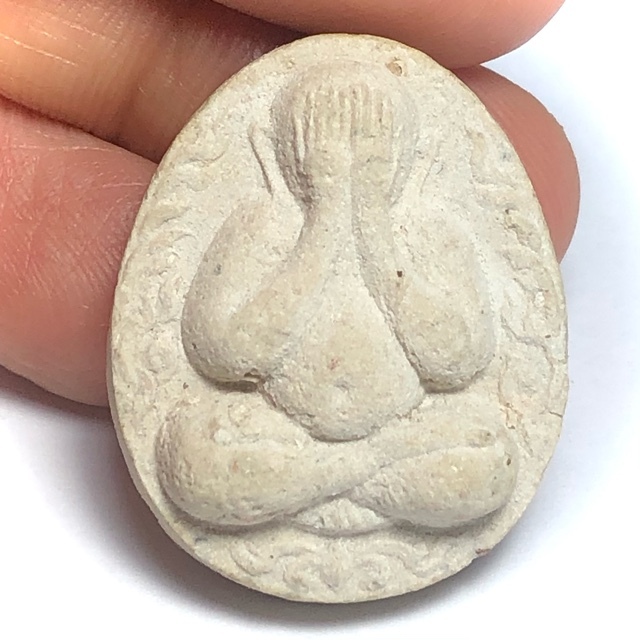 In order to inflect a greater resonance for wealth attraction and auspicious blessings, in addition to the Maha Ud and Kong Grapan magic, ancient artisans sometimes would use the image of the Sangkajjaiyana Buddha of riches and happiness, and carve it in the Pid Ta posture. 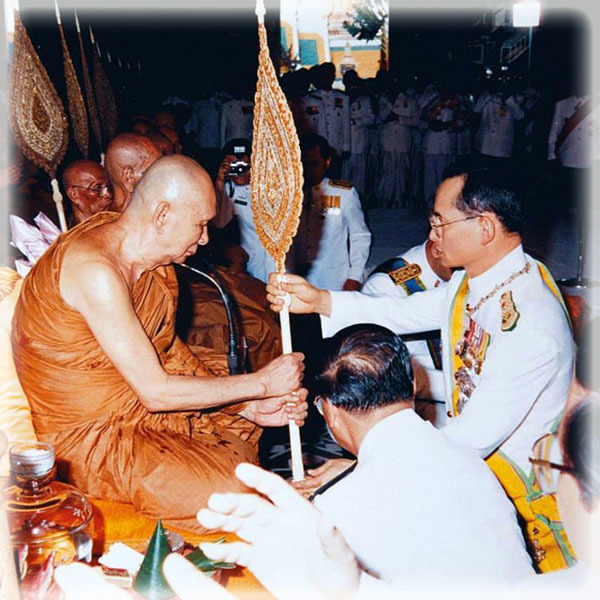 Somdej Prayan Sangworn, or endearingly known as ‘Pra Sangkarach’, was the Head Monk of the Royal Palace and Administrating Monk at Wat Boworn also. He was the highest Official Status that a Monk can attain in Thailand. His amulets are of the Eternal variety, that never reduce in popularity and always increase on value and rarity. All Thai Buddhist Devotees are extremely devoted and hold the Sangkaracha in the Highest esteem who has been known for his great purity of practice, and who has been seen to recieve the respect and reverence of His Majesty the King of Thailand, making him most certainly the most nationally revered monk of the last half century in Thai Buddhist History. 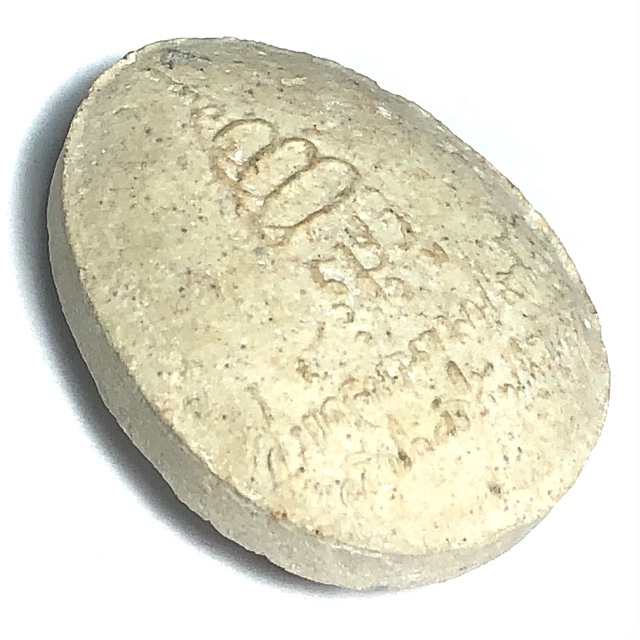 His Holiness the Sangkaracha passed away now, leaving his deeds and is amulets for us to remember and to pray to for his Blessings. His legacy and amulets remain for the faithful to keep as heirlooms and Buddhanussati. All editions of the Sangkaracha are now becoming ever rarer since his passing away, and are highly preferred, for the sacred Blessings from the Sangkaracha Monk. 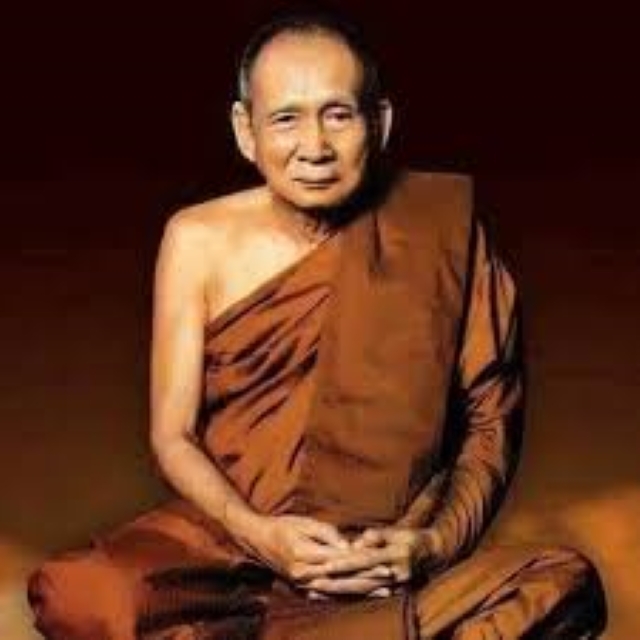 His Holiness passed away at the ripe age of 100 years and 21 days Years old in 2557 BE. His amulets and especially those in his image, are now becoming ever more in demand, since his passing. His Trajectory of Purity and Auspicious Actions throughout his life, have led to his image and is amulets becoming very Sacred and Revered in Thailand. 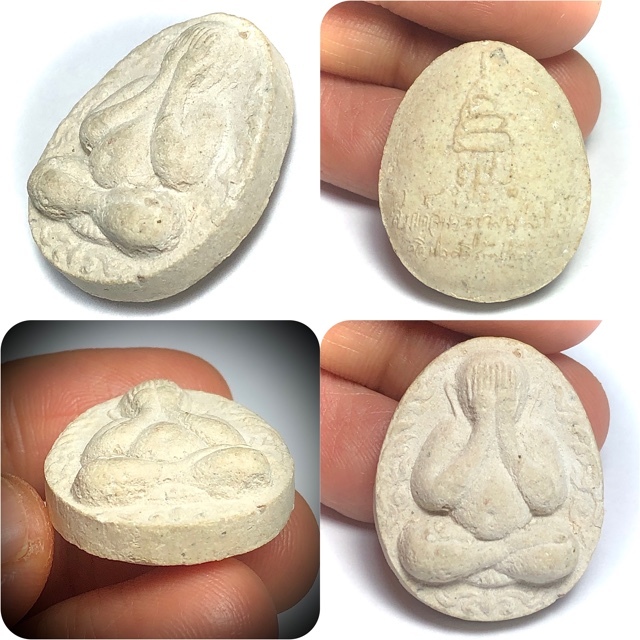 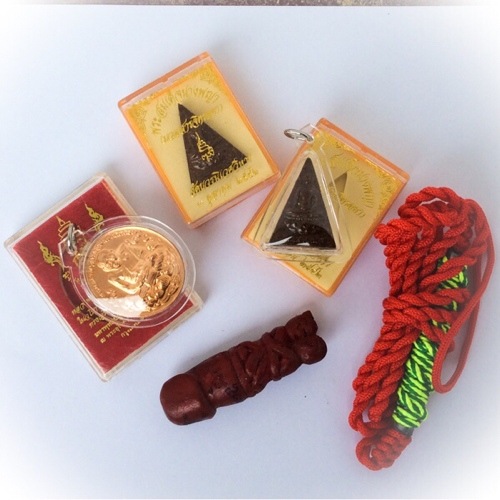 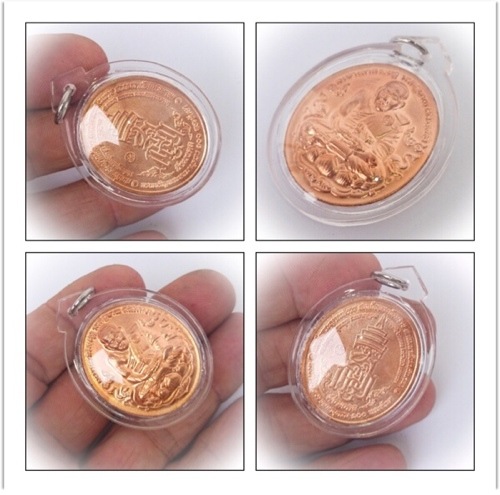 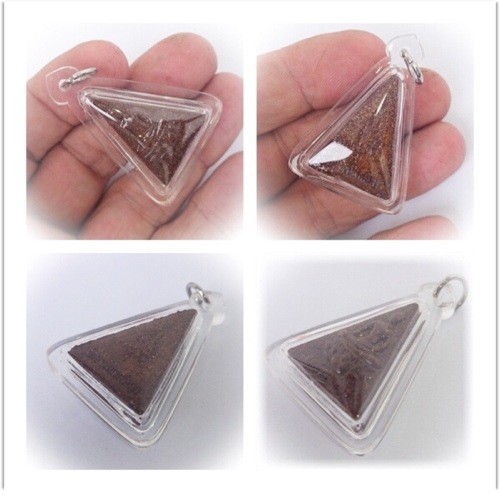 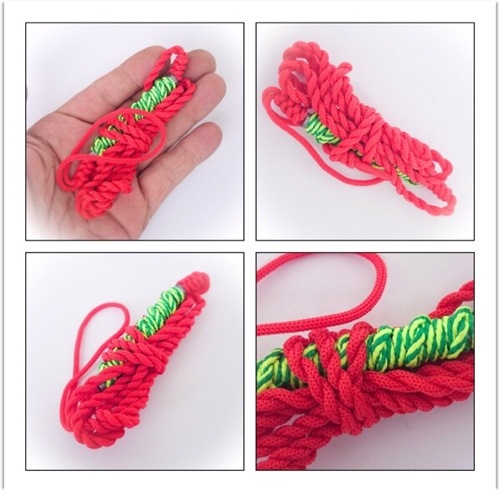 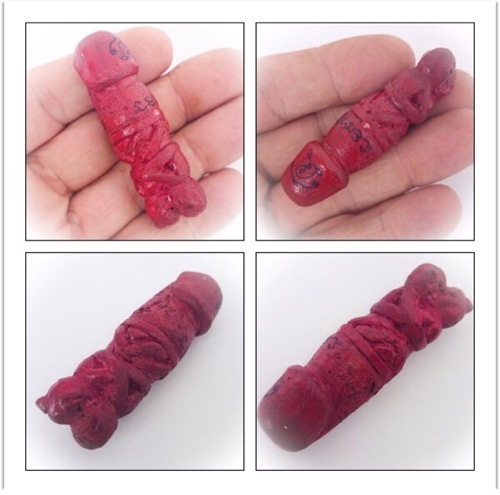 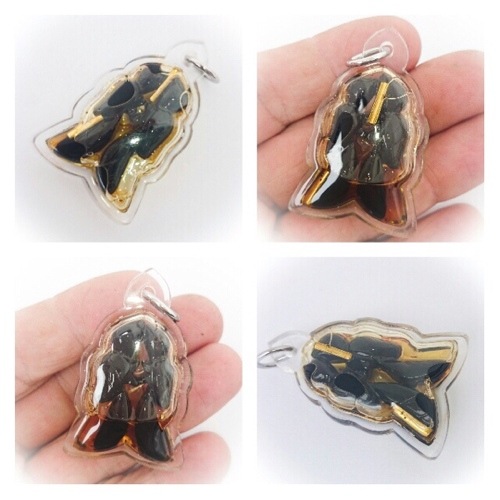