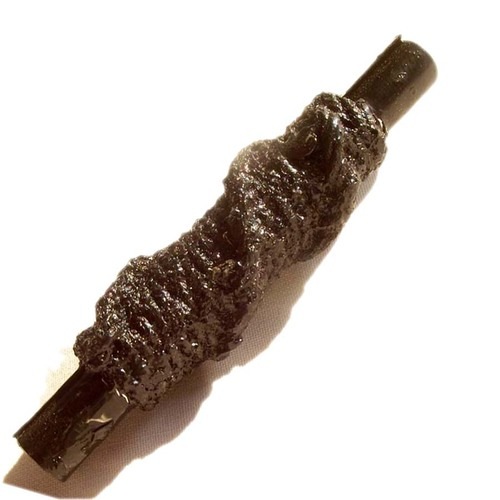 The Takrut Maha Jone was empowered using the dark arts sorcery for which Ajarn Waet’s necromantic amulets have come to be so respected for, and this time, with no strings attached, no punches pulled power, resulting in an amulet that at first hearing, sounds like not only the good, but also the bad, and the ugly can use . In truth, Ajarn Waet has empowered the takrut with the name ‘Kon Dee Chai Dai, Kon Lew Chai Dee’, which although sounds as if it means, ‘good people can use, bad people can use well’, actually means ‘good people will benefit well from using the takrut, and bad people, will become good if they use it’. This is of course a form of Wicha Jone Glab Jai (‘Change the Heart of a Criminal’).

This takrut with such an imposing name is thus ironically imbued with the power to change the heart, and is therefore also highly recommendable for any person who wishes to improve him or herself, and the way one lives one’s life.

It also means, the takrut will work whatever the case, be your intentions good or bad, or be it for something within or outside of the five Buddhist precepts. But, Ajarn Waet warns, the takrut spell carries a curse with it, that says: “He who uses it for good purposes, will encounter nothing but good luck and prosperity, happiness, health and long life, but he who uses it for evil purposes, will be cursed to die and live on as a hoeng prai ghost in the next life”. The name of this takrut is thus slightly deceptive, for it does not help the evil bandit, but perhaps, the Robin Hood, who returns what was stolen, or the Good Samaritan, who fights for the weak who cannot defend themself. 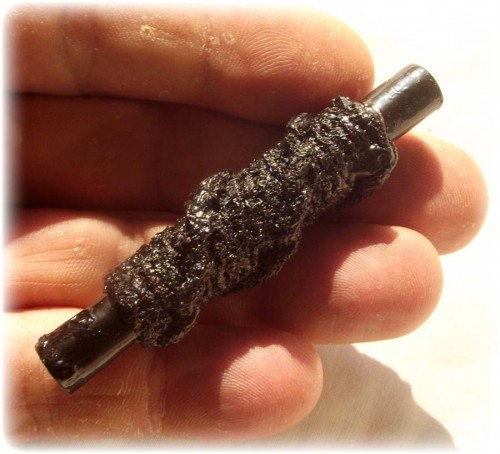 The takrut applies a wicha that requires a very meticulous series of inscriptions, incantations and meditative empowerment methods which must be simultaneously applied during the creation of the yantra, the inscription of the Agkhara lettering, and the rolling of the takrut into the scroll form. Pra Ajarn Waet charged the takrut with further power by binding them with cords and boiling them in prai oils, finally sealing them with black lacquer coating.

Perhaps the most tiring aspect of the making of this difficult takrut with the master wicha of the ‘Gangster Takrut‘, is the fact  that the takrut must be empowered many times each day, beginning with before dawn, at dawn, afternoon, evening, midnight, and in the early hours. This forces the practitioner to remain awake most of the day with only small naps between the nocturnal empowerment sessions, if any at all. 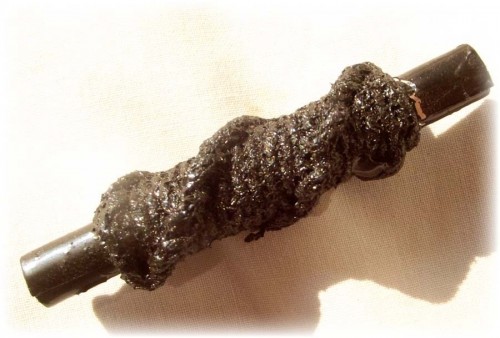 Eight types of magic are invoked within the amulet:

Ajarn Waet invoked the Hua Jai Maha Jone (‘Heart Mantra of the Great Bandit’) within this takrut; first and foremost imbuing them with maha ud and kong grapan power, and then with the maha laluay spell, and the Hua Jai Maha Jone which is the metta of the bandit who is never able to be incriminated by his persecutors, and always favored by the folk as a hero. He meets with friendly reception wherever he goes. His luck at gambling is that of the master gambler. His charm with the ladies is that of the suave villain and smooth talker; smooth talking in business and convincing power to get what one asks for is also a quality of the Wicha Maha Jone. 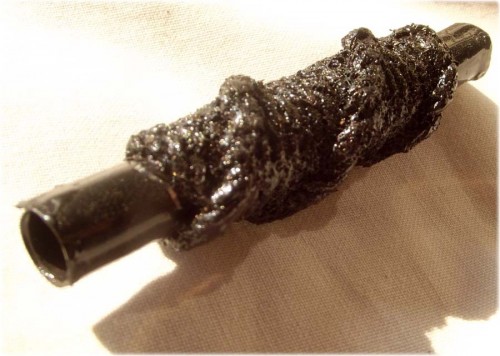 For bucha, use Buddhist prayers to increase power, with any or all of the below kata.

All kata for amulets should begin with chanting of the Maha Namasakara (‘Namo Tassa’) 3 times first, before beginning any other incantations.

Number of Amulets Made: Unknown