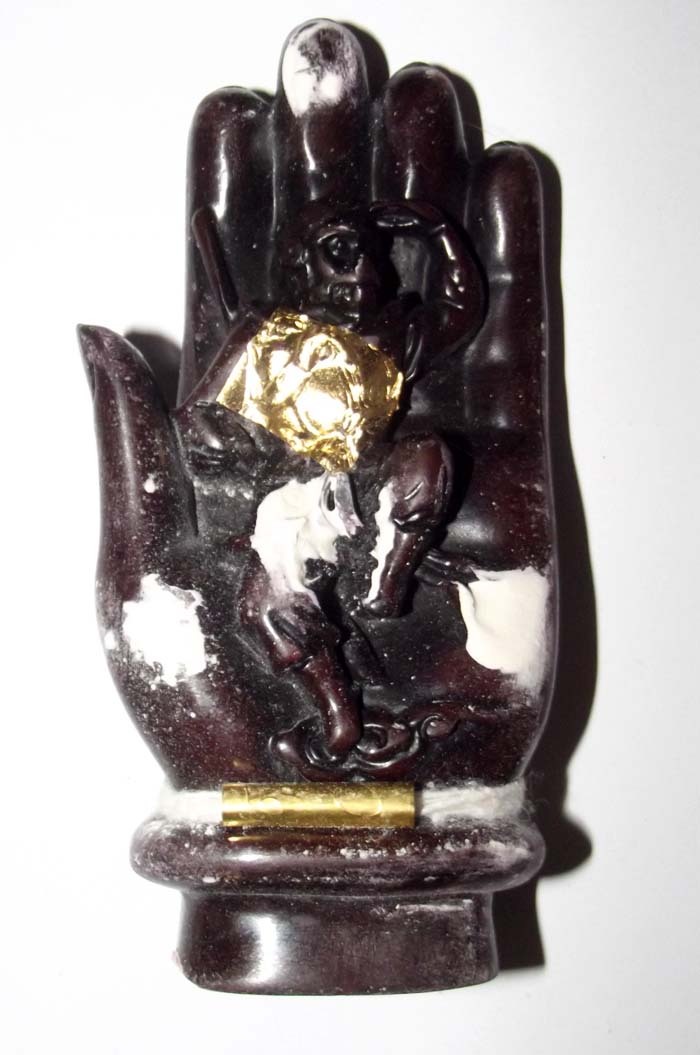 Ajarn Apichai Decha has made a meritorious bucha image that is rare to find, the hand of the arahant Pra Yulai (in Chinese ‘Yoo Lai Fuor’ – 如来佛, or ‘Yoo Lai Fuor Ju’ – 如来佛祖). The image represents the hand of the Buddha. The Heng Jia monkey god stands in the palm of the hand of Pra Ulai (the Buddha), ‘Subduer of the Mara Demons’. For those who need to subdue enemies, calm down aggressors and receive metta, and shield themselves from all black magic and demons, this is a most original, powerful and auspicious Buddhist amulet. 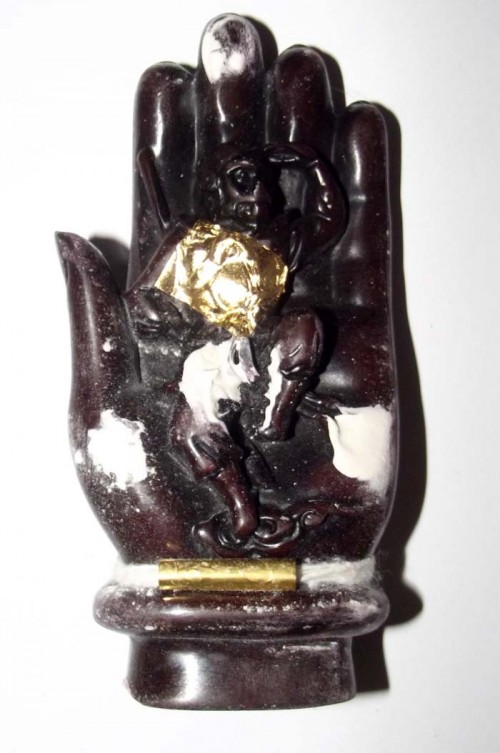 The hand contains the image of  the monkey god, who was born of an egg made of stone that was bathed in sunlight for 500 years on a magic mountain (Hua Guo San Mountain), and learned some very powerful wicha, which, when he mastered them he called himself ‘The Most Handsome Monkey King’, and went on the rampage showing off the powers he had mastered. He stole the immortality drink and tried to become the lord of all heaven. But he was to be taught a lesson by Buddha, in a wager. Buddha betting him that he could not jump out of Buddha’s hand. Should the monkey win, he demanded the Jade Emperor’s job that should he lose, the monkey would then be banished to Earth for centuries to learn some humility. 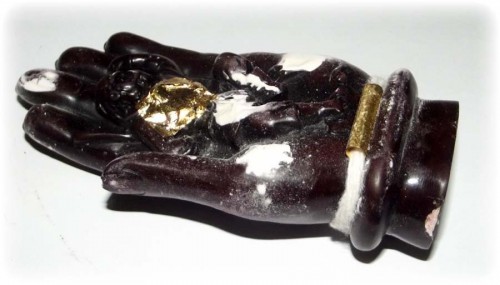 Buddha tricked him into thinking he had found the Five Pillars of Wisdom and got past the Buddha. But then he was to find out that he was not any further than where he started, and that the five pillars he saw, were truly the five fingers of the Buddha, whose hand he was standing on. There are many legends, some of which do not coincide, but the general moral of the legend is that the Heng Jia monkey god was initially very naughty and arrogant, but through learning from his wrong actions and also punishments he recieved, he finally became realized and a good servant of the Dhamma, and ‘The Destroyer of Demons’.

The monkey flew on clouds to the end of the universe, where he saw five pink pillars, which he took to be the end of the world. On the middle pillar he wrote: “The Great Sage Equal of Heaven reached this place”, to prove beyond any doubt he had reached this spot. Figuring it was a long trip back, and being the irrepressible individual he was, he also urinated at the base of the first pillar. Then he returned to face the Buddha. To his shock, the Buddha informed him he had never left Buddha’s hand – and to prove it, the Buddha showed the monkey the writing on his middle finger and the distinctive smell at the bottom of his smallest digit. The monkey tried to renege on the bet, but before he could escape, Buddha pushed him out of the Gate of Heaven; then Buddha changed his five fingers into the five elements (metal, wood, water, fire and earth). They became the five-peaked mountain under which the monkey was trapped, leaving only his head and hands exposed. 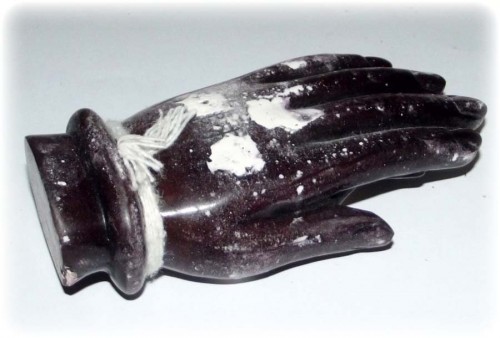 The wrist of the Buddha’s hand is wrapped with a bracelet of sinjana cords with a golden takrut attached.

After 500 years he was granted a chance to redeem himself by accompanying the holy man Tripitaka on a journey to the West as his companion and guard. In order to keep him under control, a band of metal was put on his head that Tripitaka could cause to tighten by muttering a chant – while this couldn’t kill the indestructible chimp, it would cause him extreme pain.

This bucha image has powerful Buddha magic to keep away all abamongkol and amanut (‘inauspicious events’ and ‘monstrous beings’). The hand of Pra Urai is protagonized in ‘The Legend of Heng Jia’, the monkey god who tried to pass the Buddha’s hand in competition. In the end, he thought he had arrived past the Buddha’s hand and reached the Five Pillars of Wisdom, but he was then disappointed to find that he was standing on the palm of the hand of Pra Urai, and that the five pillars were the fingers of Urai’s hand. Heng Jia was then punished by being buried under a mountain for 500 years. 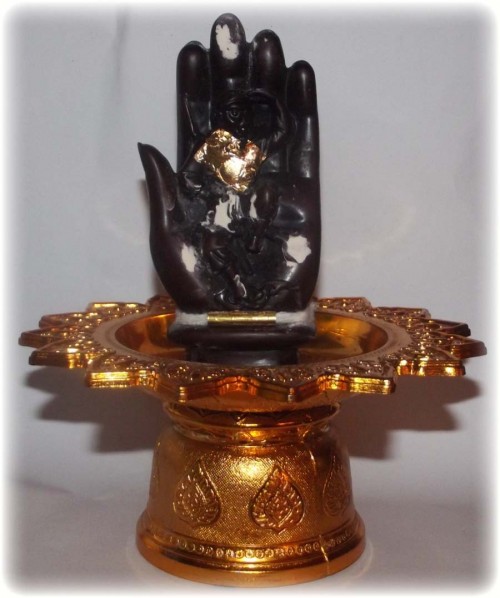 Can be placed on a pan kroo (5.5 inches recommended) for bucha.

Number of Amulets Made: Very few 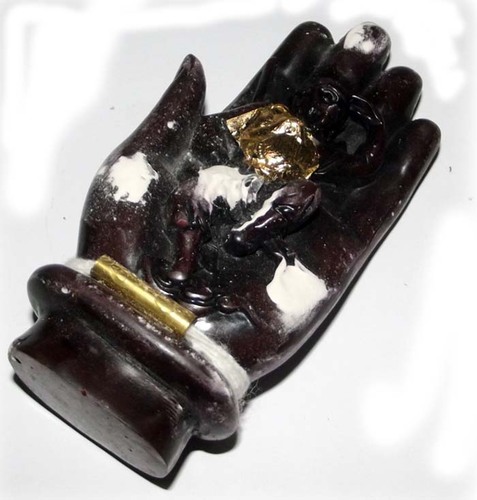