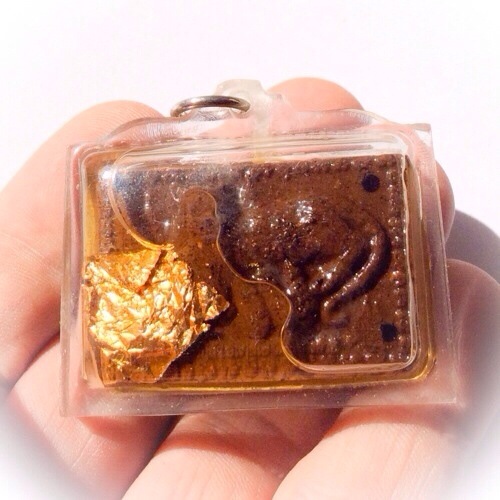 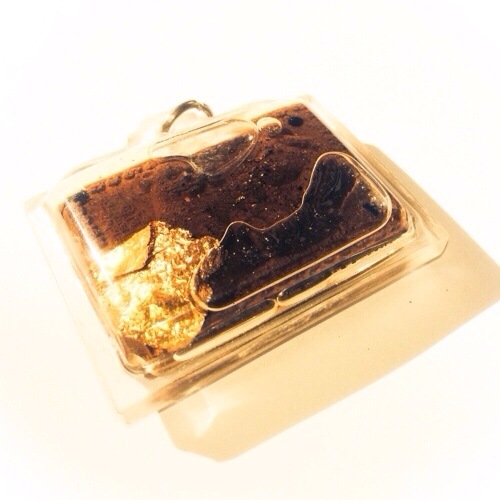 Apart from this special Nam Man Prai oil immersed version, there was also a dry sacred powder version made and a special potion version, which immerses one of the sacred powder amulets in the purple coloured sticky balm, made from ‘See Peung’ edition in a very specific and auspicious number of only 999 and as such is a quite rare and very sought after amulet by a very well respected elder in the Buddha Dhamma and Thai/Khmer Occultism.

cat feeding a mouse sacred powder amulet, in sacred oils. this example is one of the Ongk Kroo Masterpiece Versions

The ‘Muan Sarn’ sacred admixture for this amulet is concentrated from sacred herbs, powders and substances that have been meticulously collected for the purpose of generating a most powerful gift of ‘Metta’ Loving Kindness and compassion, ‘Kaa Kaai’ success in business as well as ‘Perm Sap’ call to riches. This amulet aids by means of a supernatural field of charming and fascination for both men and women. The possessor of the ‘Hnoo Dood Nom Maew’ (because of the extreme Metta Maha Niyom quality) will feel the effects of a shift to a tranquil heart and a serene sense of mind both outward and receiveing, evading any and all confrontation, even those that would of beforehand been seemingly a normal occurance i.e. “cat and mouse”. 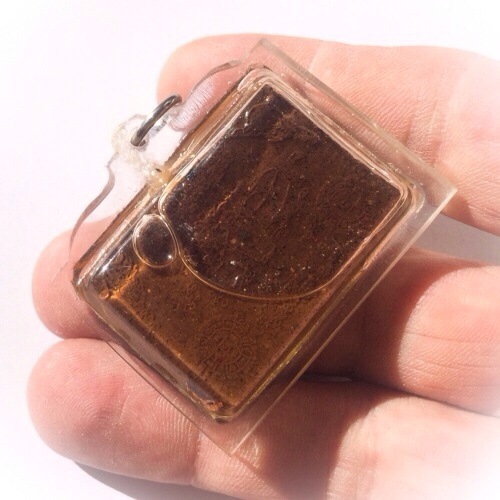 The rear face of the amulet has sacred smell inscriptions on its surface.

The Metta quality of the ‘Hnoo Dood Nom Maew’ gives to those that possess it a clarity of mind and heart that supresses arrogance, conceit and absent mindedness. Regardless of whether a person is not attractive, this amulet when carried gives that person a certain charm causing others to become unaware of mere physicality and instead draws attention to an innate serenity that is apparent in a heart full of compassion that seeks the same.

For any person who has trouble with retaining one’s desires the ‘Hnoo Dood Nom Maew’ helps to control the heart and mind which also helps how one appears in the eyes of another. For those who are seemingly uninterested or harbor any ill feelings toward the owner of this amulet will turn over a new leaf once again returning to friendship. Any bad effects of temptation, envy or general bad luck will shift to be constructive.

The Wicha of the ‘Hnoo Dood Nom Maew’ Mouse Suckling Milk from a Cat is an ancient formula ‘Wicha Boran’ used to keep primal passions from erupting into a chaotic mess yet allows the pairing of sworn enemies, redirecting a negative energy to a usable passion. It is expected that a mouse upon meeting a cat would be killed but the fact that it does not is a true testament to the real power of this Wicha. Luang Phu Ta Analayo watched over a nursing cat, to see how it behaved with a local temple mouse, periodically playing with the mouse in the day and never harboring any animosity towards it. At night the cat would nurse the mouse like one of it’s own kittens in a show of extreme abnormal compassion and mercy. 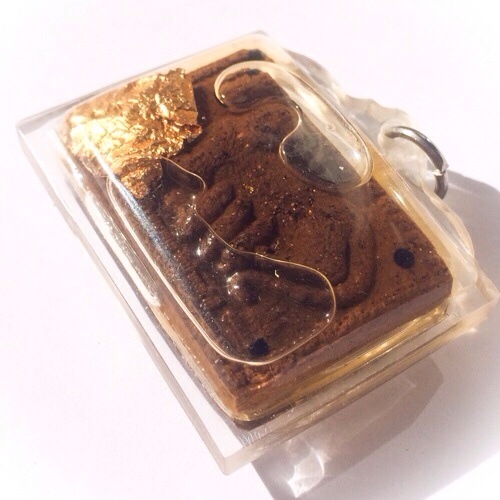 The front face of the amulet, displays the image of a Mouse feeding from a cats breast.

To utilize this magical compassionate formula ones who wears the amulet or carries it in their pocket can expect to be loved, embraced, played and flirted with like a cat affectionately bating its toy. One will be cared for by their desired as if they are being raised and nurtured by the love of a mother cat and her young, giving of them self to support the enchantment of their union. Those who live a life of risking fate such as gamblers, police, military and the like can utilize the ‘Hnoo Dood Nom Maew”s Metta Mahaniyom and Maha Sanaeh properties to win the favor of their opposites. Gamblers and those who speculate stocks, lotteries and horse races can gain an upperhand in knowing proper paths of play, knowing when and how much to bet. 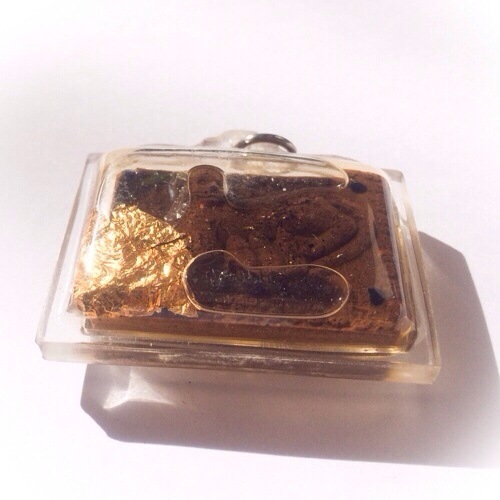 To use, one merely needs to tap gently on the amulet 3 times to awaken it, notifying it of your intentions and need for its help. One should donate merits earned to the ‘Hnoo Dood Nom Maew’, to increase its powers. The ‘Muan Sarn’ consists of a very difficulty obtained admixture, some of which include the primary powdered remains of 9 black cats, ‘Nam Dtaa Bplaa Payoon’, herbs of ‘Saao Long’, ‘Dork Tong’ ‘Mai Rak’ powders of protection, ‘Mai Kanun’ and ‘Mae Ok Dtaek’.

These were all blended together in a mixture with ‘Nam Montr’ holy water, and reduced by boiling over a ‘Fai Kieow’ auspicious green flame until it reached a consistency and was charged by incantations the point it could be pressed into a mold and further charged in it’s new form inside earthen jars.

These amulets were made in a few different versions, both in dry powder, or in pots of See Pheung Balm, and also as special collection of Ongk Kroo Masterpiece Versions were released, which were immersed in Sacred Nam Man Prai. 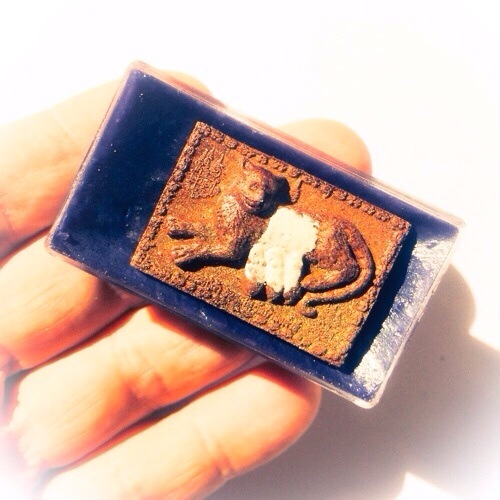