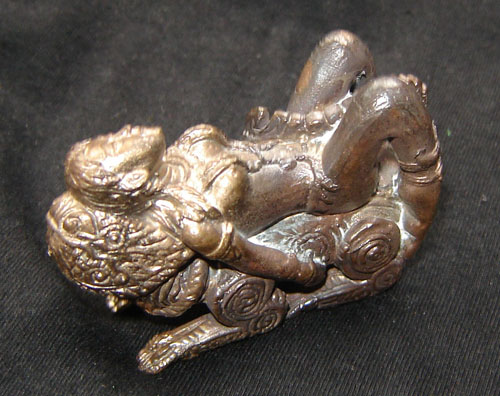 Made from Nuea Samrit (Bronze) the Paetch Payatorn Deity has proved to be one of the Wicha which Luang Phu In has attained ultimate Mastery in, after repeated extreme success with those who rented and revered his previous editions of Paetch Payatorn amulets. This time, with the creation of the Phallic Paetch Payatorn Deity in conjunction with the Nang Lorm Deva, using the most Magical Ancient Metals, and Khmer artifacts for this most powerful of Khmer Maha Sanaeh Wicha. The amount of magic condensed within this Paetch Payatorn Bucha statuette is immense, and easily sensed when grasped in the hand, even by less sensitive mediums. 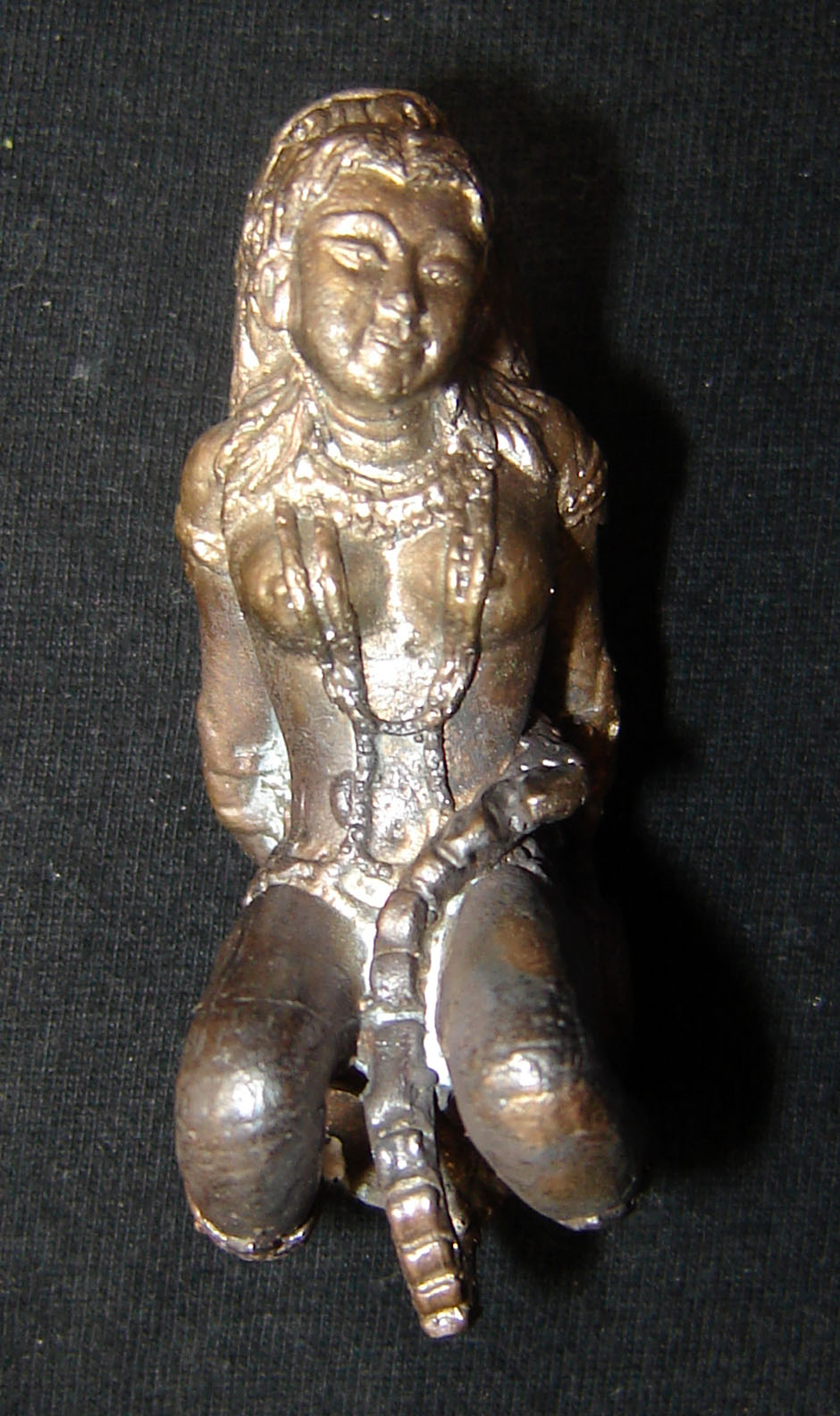 The tail of the Paetch Payatorn enticingly encircles the Nang Lorm Deva, with a sensual, graceful gesture, to which the Nang Lorm reacts with a display of pleasure on her face. 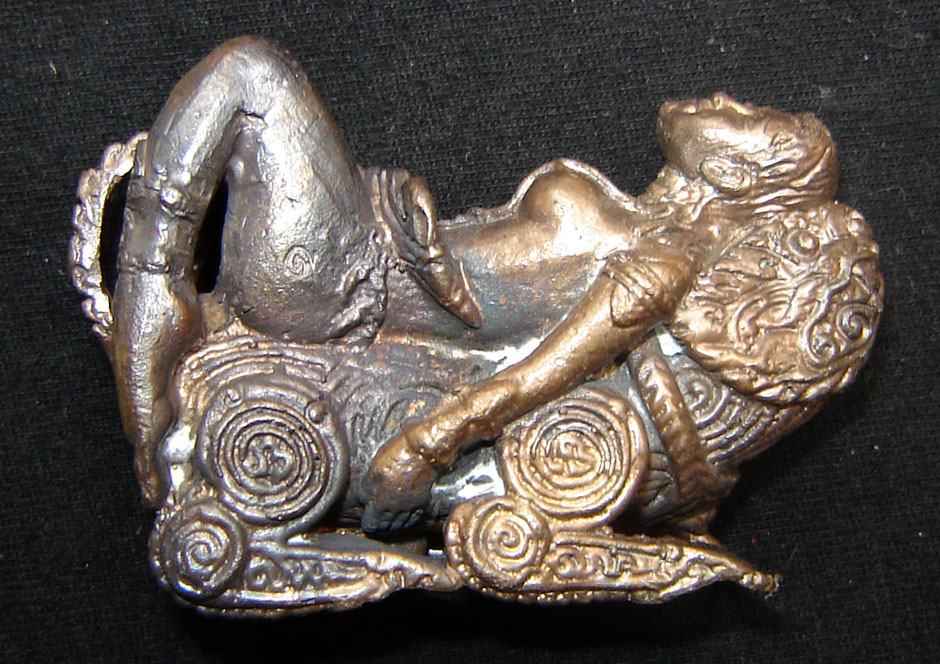 Luang Phu In gave the Paetch Payatorn Nang Lorm Rap a long period of solo empowerments with incantations in his Kuti and then finally a mass empowerment in Puttapisek/Tewapisek ceremony. 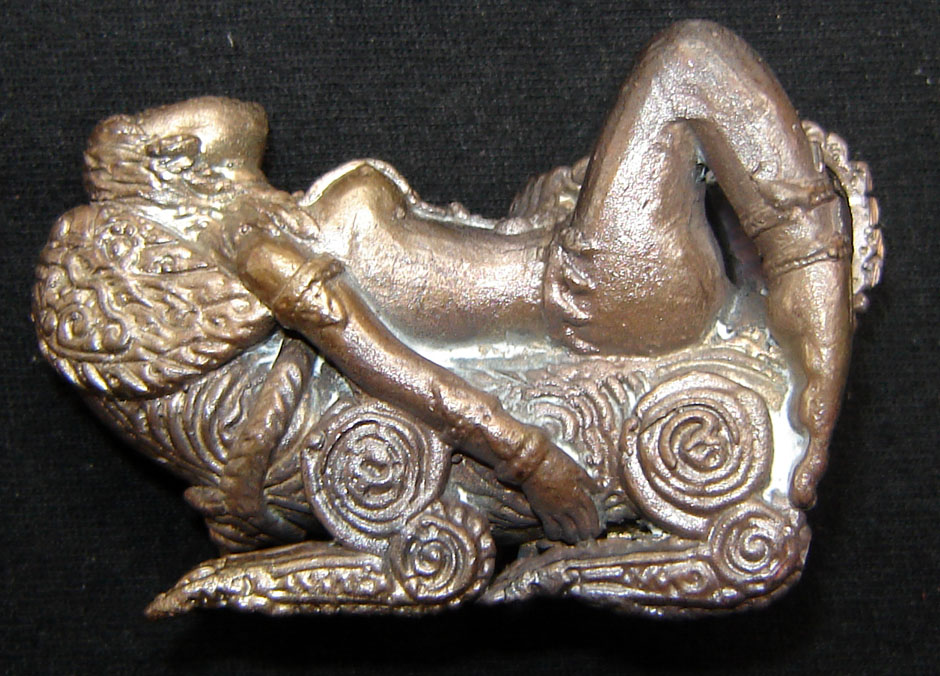 The Nang Lorm deva is laying on top of the back of Paetch Payatorn, her arms encircle his torso, hands grasping under his belly, as if to caress his sexual organ, which is just out of reach.

Made, empowered, blessed and released in 2554 BE 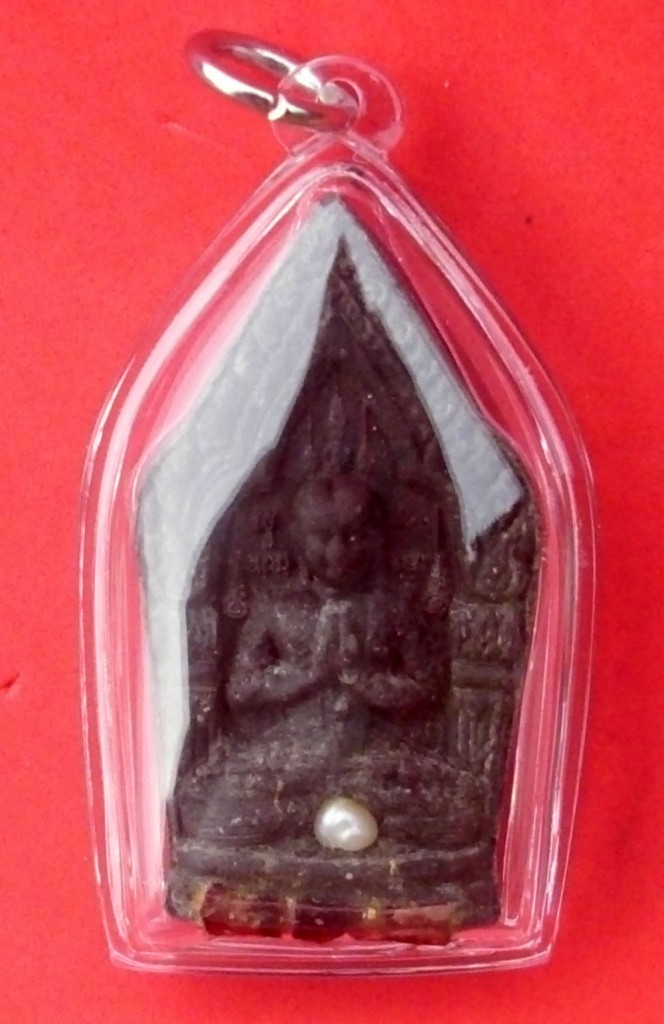 Small in size so suitable to both Men (as a lateral amulet or short chain amulet) or Women as a central amulet. 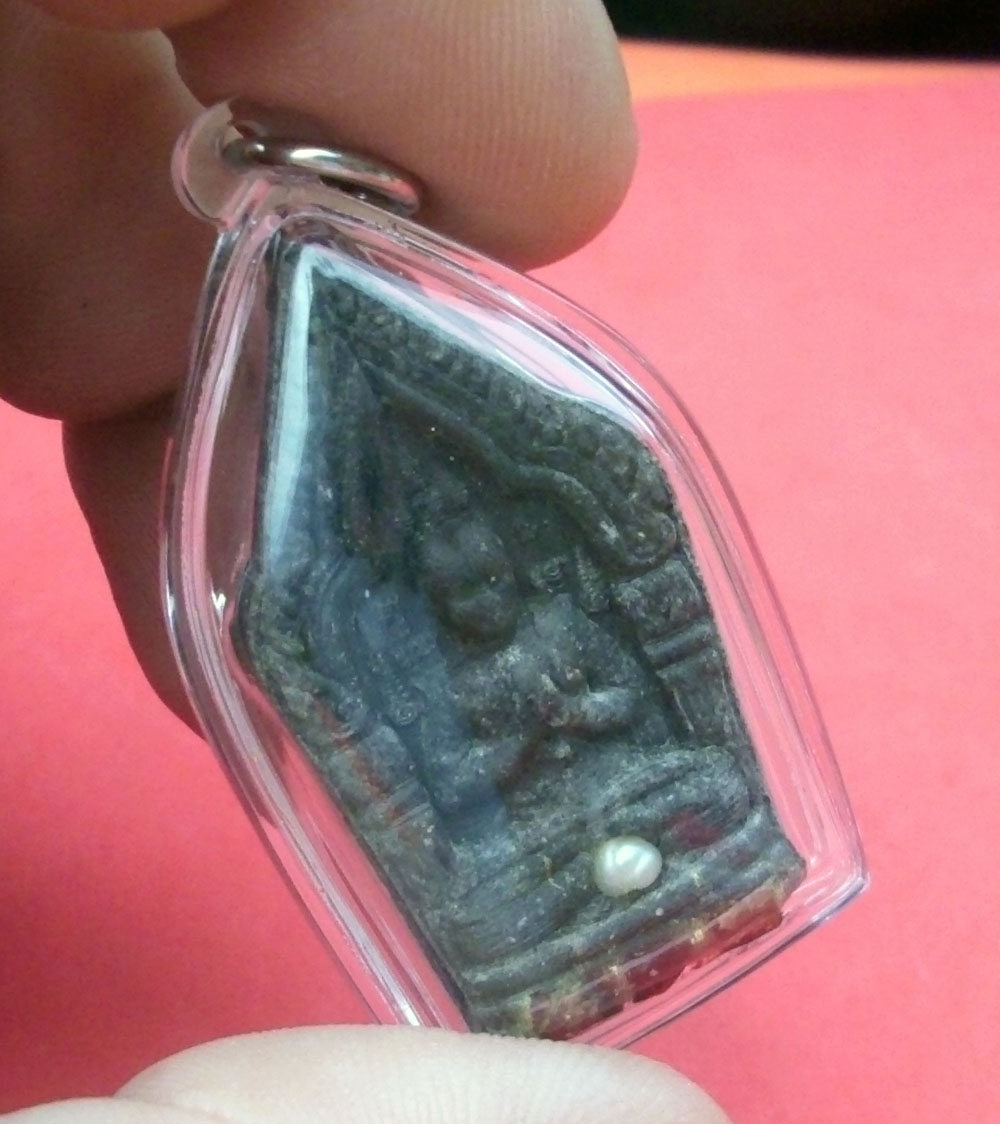 For the first time ever, we can admire the fusion of Pra Khun Phaen and the Paetch Payatorn Deity in one Amulet. This Business improver, Protector and Love charm from Luang Phu In, is a Unisex amulet suitable for both Men or Women to use. Can be used for business, social popularity, and lover attraction, as well as giving general protection from danger.

Paetch Paytorn Deity pair are embossed on the rear face, and covered with gold leaf. 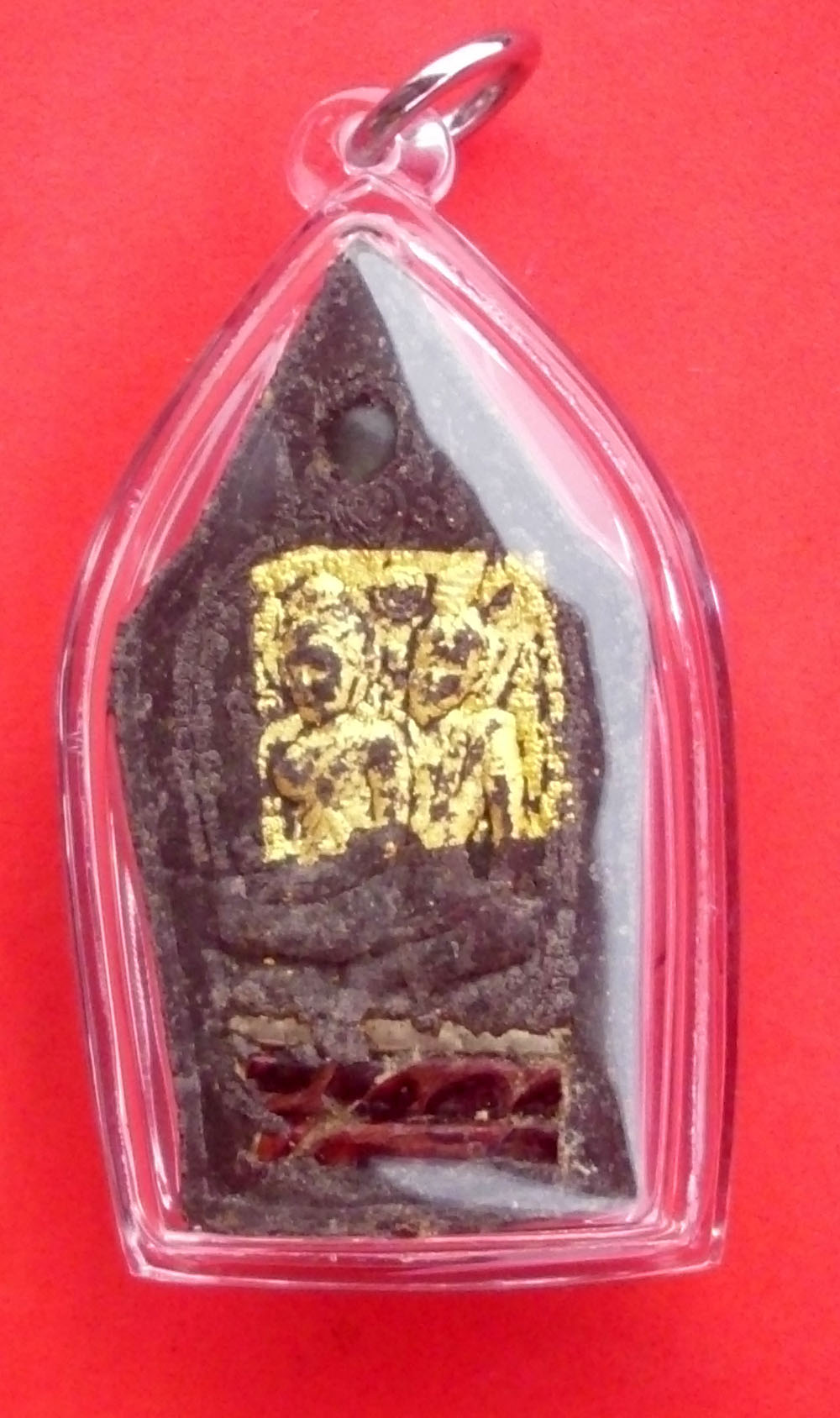 The amulet is small in size, and very traditional in its ancient form of design. A special touch is given by the insertion of an authentic pearl in the front of the amulet, a sacred black pearl in the back, with a silver Takrut Hua Jai Khun Phaen (heart of Khun Phaen invocation), three python Takrut, and a gold leaf pasted on the rear face which is a Paetch Payatorn spell using the Wicha Long Tong Hua Jai Paetch Payatorn (invoke the heart of the Deity and seal it with gold leaf). 1299 amulets made in this limited edition Masterpiece amulet.