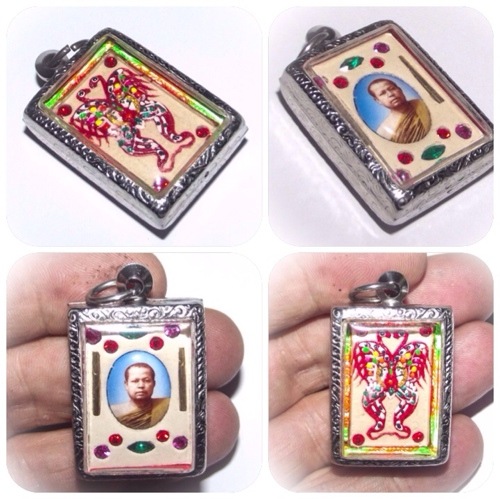 Made in 2553 BE for the ‘Lai Sen’ edition (now a more famous and highly preferred edition), by Kroo Ba Krissana Intawano. Fancy stainless casing is included with this item. The casing is special quality, with engraved patterns gracing the edges. 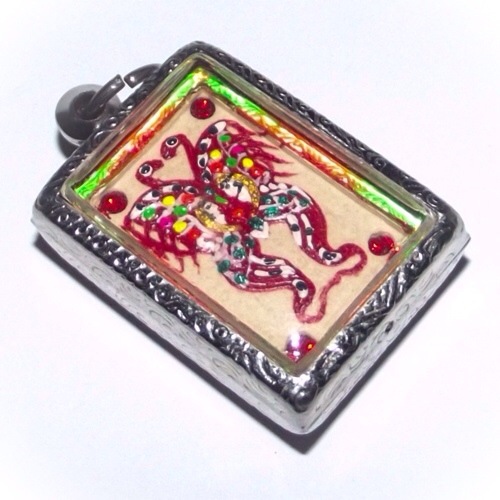 The rear face of the amulet has a locket, 10 gemstones, and two Takrut inserted into the Muan Sarn Sacred Powders. 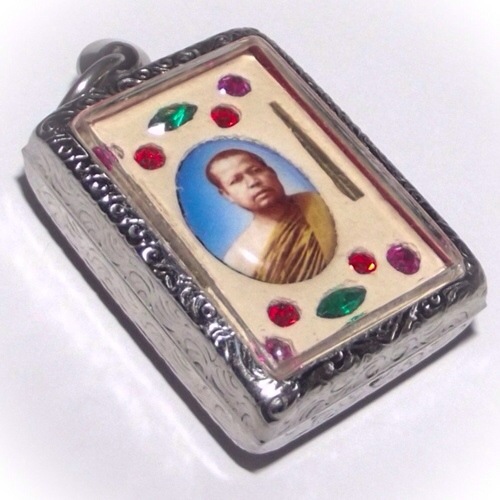 Kroo Ba Krissana Intawano is along with his accomplice Kroo Ba Beng, of Wat Tanode Luang, one of the only two surviving holders of the secret Wicha of their Kroo Ba Ajarn Guru Master. Namely that of the special method of successfully making Taep Jamlaeng Butterfly King Amulets, whose power is derived from both the psychic and Deity assisted empowerment, as well as from the secret aromatic admixture of Muan Sarn Sacred Powders, Maha Pokasap Gems (ploi sek), and Takrut spells. 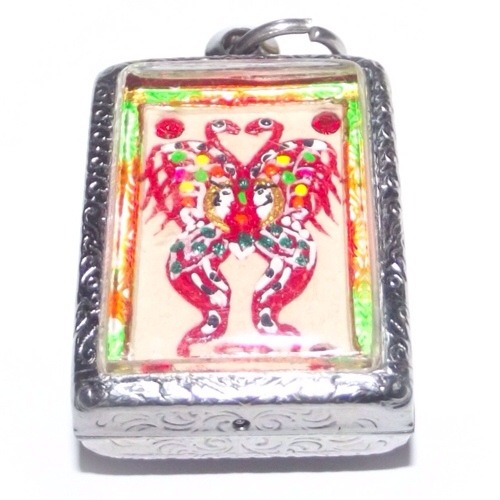 In addition to this, his amulets are also miniatures works of art in their own right. Each amulet is completely unique, and unlike any of its brothers and sisters. This is due to the hand painting, and individual treatment given to each amulet, which will have different coloured gemstones, and different sacred items inserted with each amulet, hence, differing slightly from the one next to it. 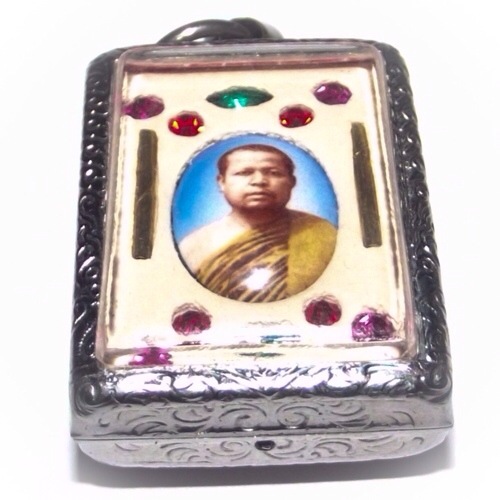 This particular model is a ‘Pim Klang’ (medium sized) Ongk Kroo Masterpiece Version. It is extremely fortunate now to find what still available some years after the release of the addition. This is because, his amulets are nearly always completely sold out in every edition, before the year is over. 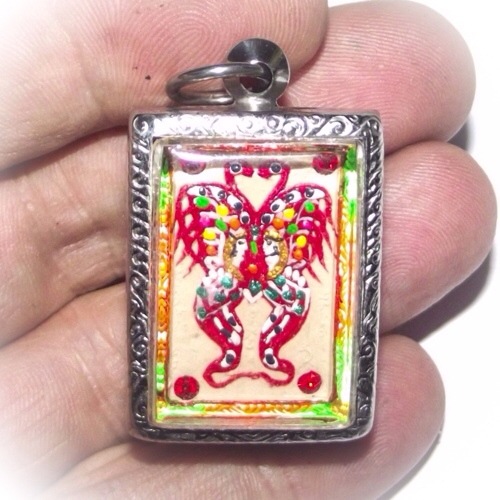 This shows the great popularity and collectability and speculating value of his amulets and how sacred they are to so many people. May consider, that we can still find amulets of great historic masters so many tens of years and even hundreds of years after that passing, but with the amulets of Kroo Ba Krissana Intawano, only one year is needed for an edition of his amulets, to appear to be completely depleted. Each series and edition depletes and disappears shortly after their appearance. This is what we call a true phenomenon. 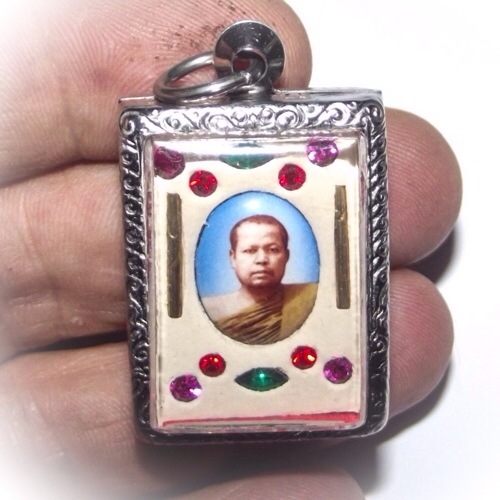 Of course the great beauty of his amulets and their artistic value, also counts much towards the reason why they receive so much popularity. 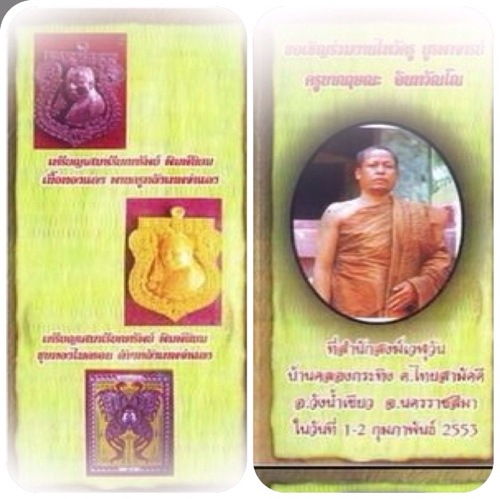 But if it were not for the fact that they are truly sacred, and have a noticeable effect with their magic, then sheer artistic beauty, would not be enough reason, to make them as popular as they are to this day. 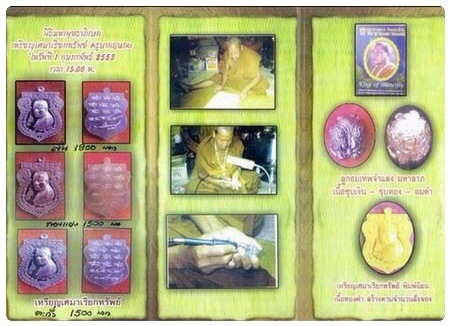 These Butterfly King amulets, were released in a series along with some special coin metallic Amulets. 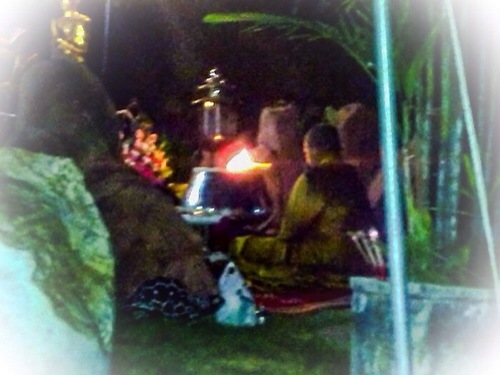 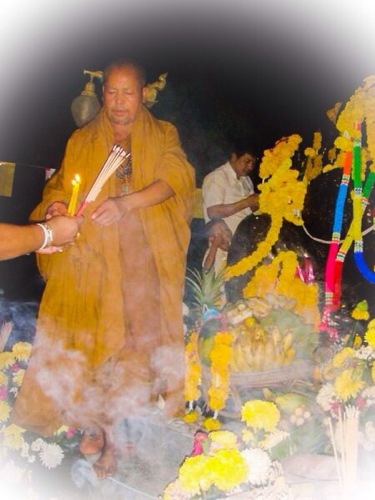