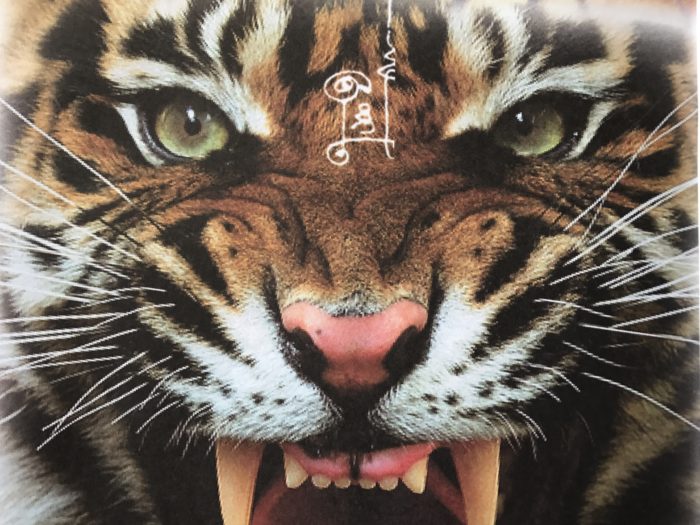 Presenting a Very Special Edition amulet, the Sacred Tiger of the Lineage Wicha of the Great Luang Por Parn (Wat Bang Hia/Bang Bor), blessed on an auspicious Sao Ha Lunar Saturday on the 1st Aprll 2560 BE in Buddha Abhiseka by Luang Por Chan Inmudto, the abbot of Wat Bang Bor (Wat Bang Hia), with additional blessings by other great monks, in a total of three blessing Ceremonies. 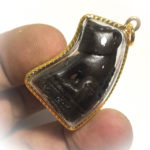 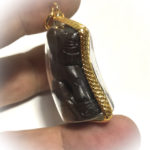 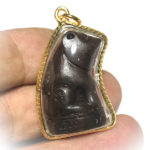 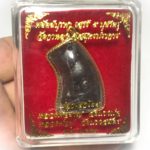 The Suea Payak is made from Nuea Rae Lek Nam Pi Sacred Kayasiddhi elemental substance, using the ancient methods of empowerment, using the secrets of the Wicha Luang Por Parn. 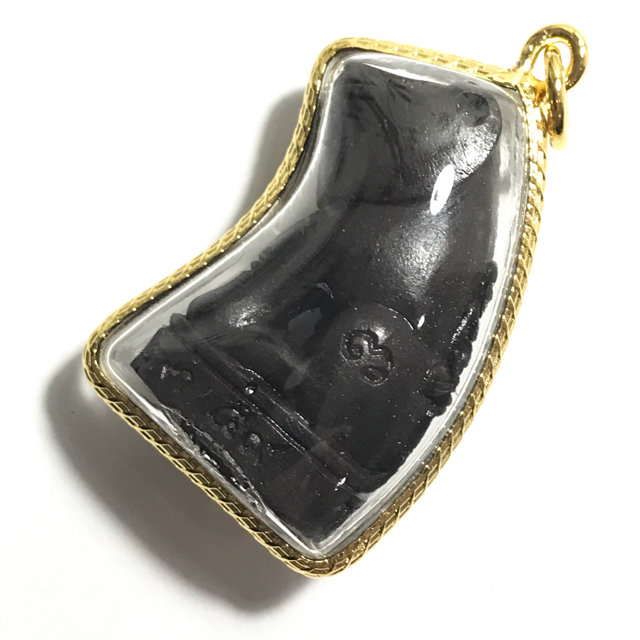 It is not possible to speak of Tiger amulets without thinking of and mentioning the great Luang Por Parn of Wat Bang Hia (now ‘Wat Bang Bor’), whose famous tiger tooth and cartved tiger amulets, and Loi Ongk Statuettes are considered to belong to the top 5 Masters for tiger amulets in all Thai Buddhist Amulet making history. This Wicha Suea of Luang Por Parn was continued by his Wicha Inherotors and Looksit, and by the abbots of the Wat Bang Bor lineage, and derives from even long before that, through a long line of abbots. The Wicha now resides with Luang Por Chan, the abbot in the present time at Wat Bang Bor.

The amulet is encased in sealed transparent acrylic bubble with a micron gold plated frame and pendant hoop attached, ready for wearing, and comes with original box from the Temple.

Luang Por Parn was one of the Great Master Guru Monks of his Era (2368 – 2543 BE), and the originator of the Wicha for Tiger Amulet empowerment of this Lineage, using the Wicha of Wat Bang Hia. Wat Bang Hia had its name changed sometime in the modern era, to ‘Wat Bang Bor’ because of the impolite double meaning of the word ‘Hia’ which apart from meaning ‘monitor lizard’ (of which many lived near the temple in olden days), the word ‘Hia’ also means ‘Villain’. 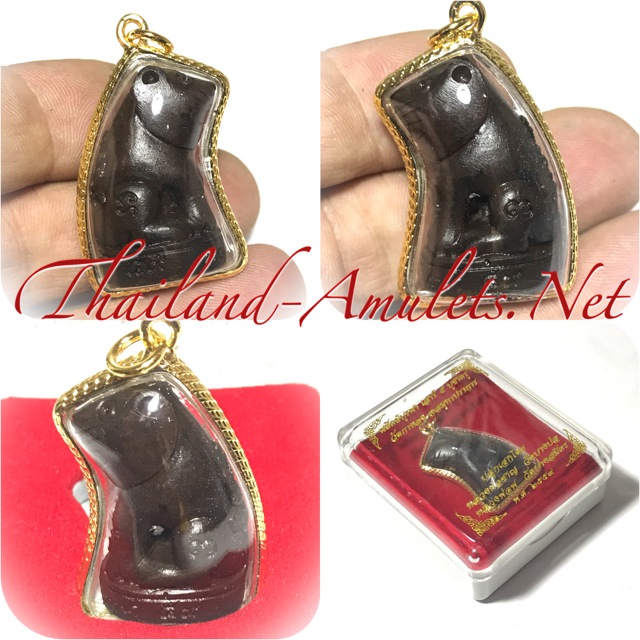 Wat Bang Hia is of course a World famous Historical Temple of Monumental Status in the Amulet Scene for the fact that this was the temple of Luang Por Parn, Master Wicha holder of making famous Tiger Tooth and Carved Tiger amulets, whose amulets are now of the ‘Maha Sethee’ Millionaire master Class. It was the Great Luang Por Parn who was the Mentor and Teacher in Wicha to Luang Por Nok of Wat Sangkasi, who is a Classic Olden Days Master of Legendary Status in his own right, and whose Tiger Teeth Talismans also carry immense Serm Baramee and Maha Amnaj Power.

Wicha Suea amulets possess immense Anti Black Magick, and Maha Amnaj Commanding Power, to Increase Status and Gain Promotion in the Profession. This of course also indirectly increases one’s wealth through raise in income which comes with rise in Status. Suea amulets are powerful talismans to protect the wearer from all worldly and unworldly dangers. 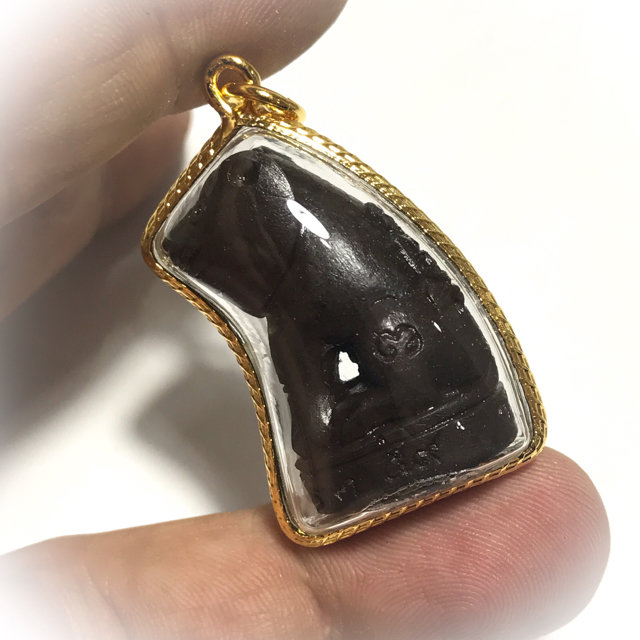 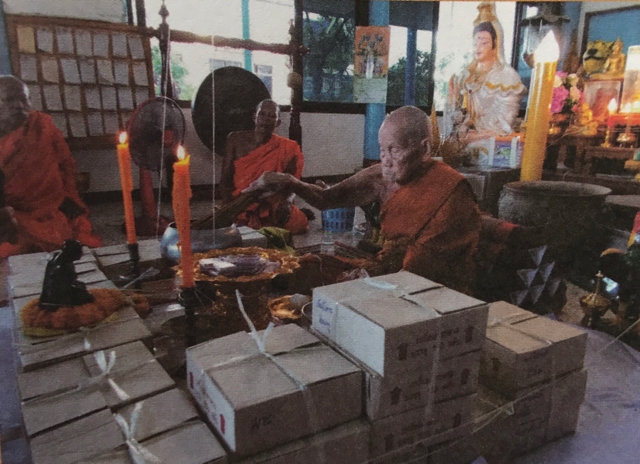 Above; Luang Por Chan during the first Ceremony at Wat Bang Bor 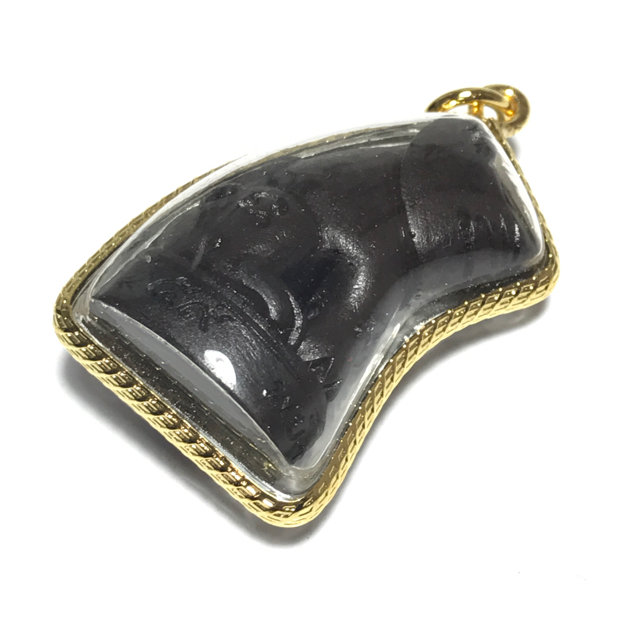 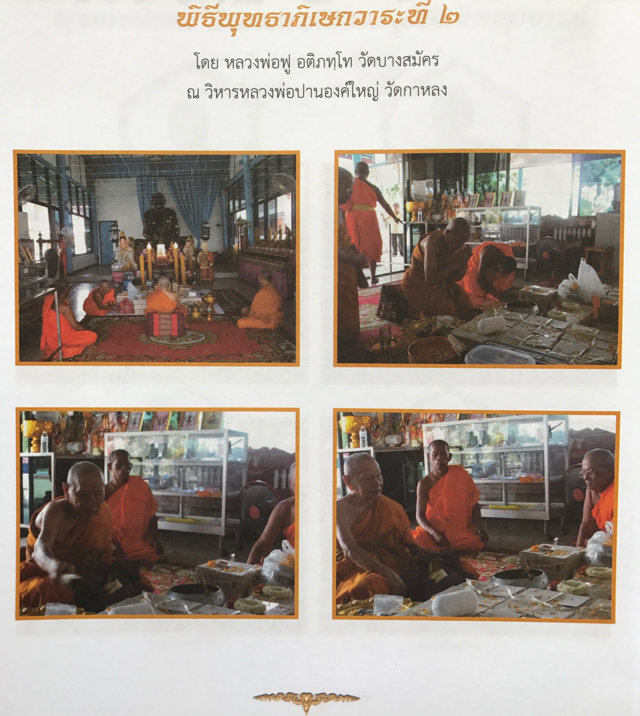 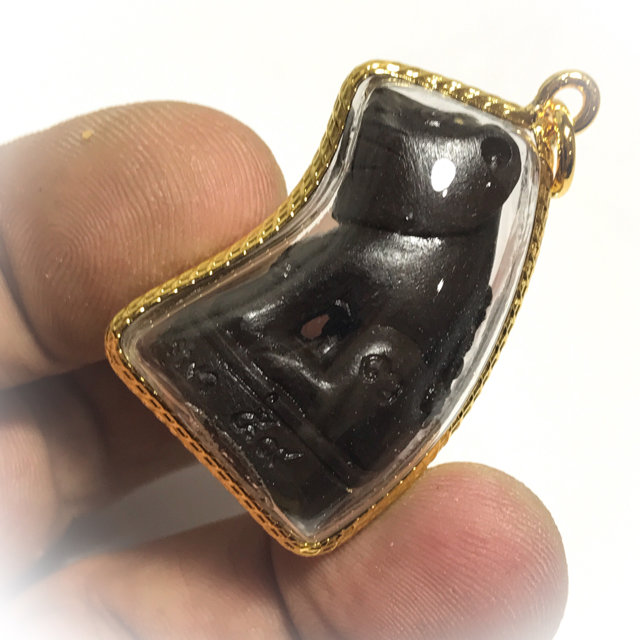 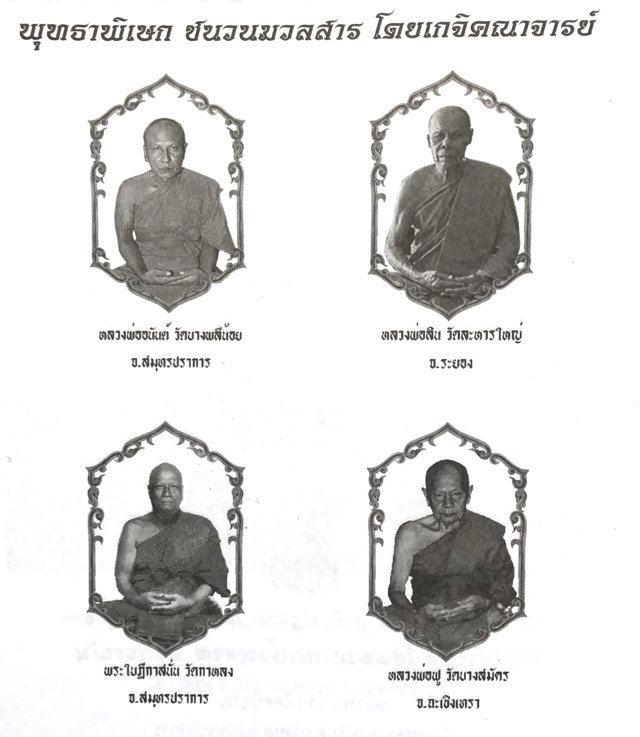 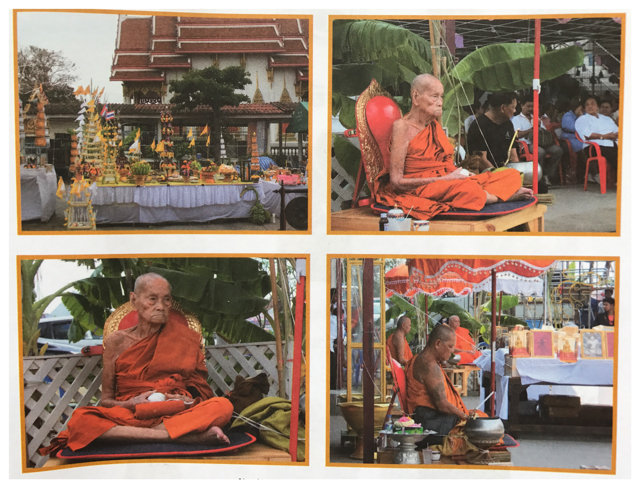 Above: the final Buddha Abhiseka ceremony presided over by Luang Por Chan (Wat Bang Bor), in front of the Shrine of Luang Por Parn at the Temple of Wat Ka Long 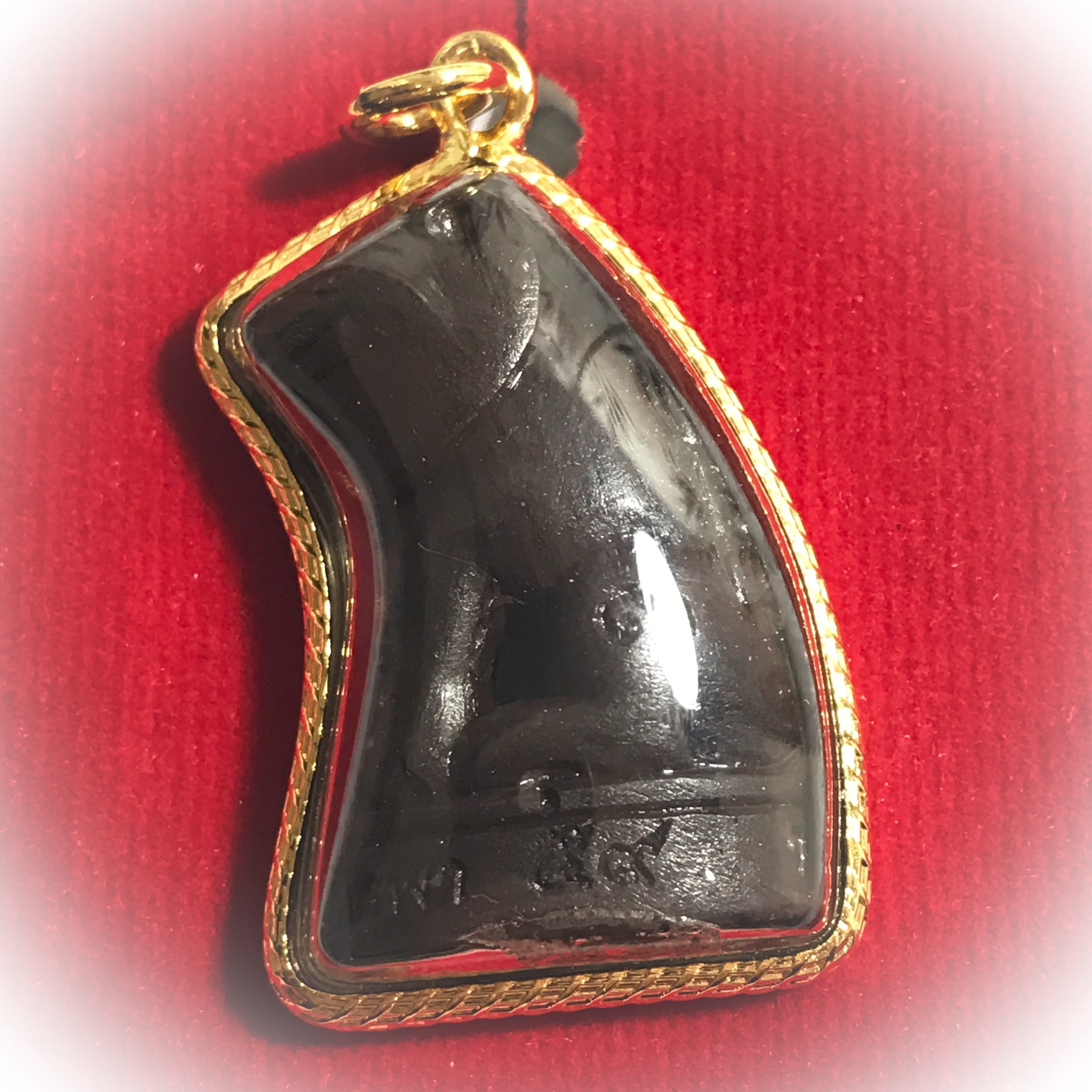 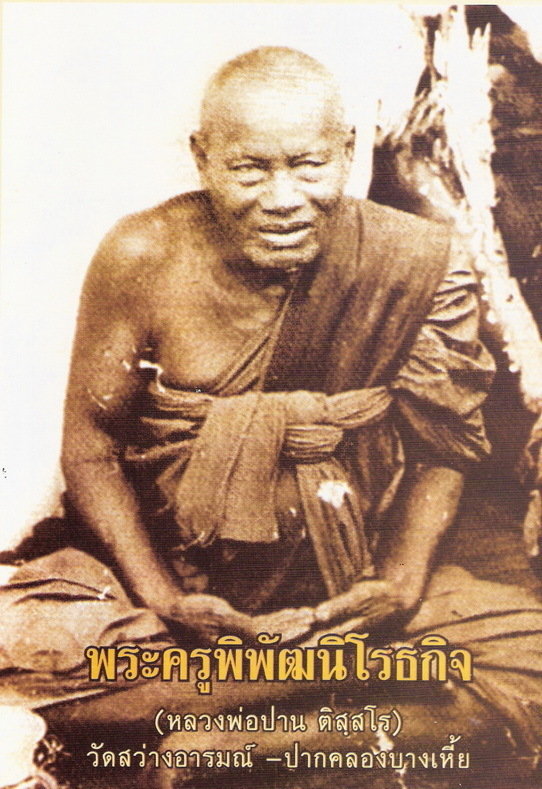 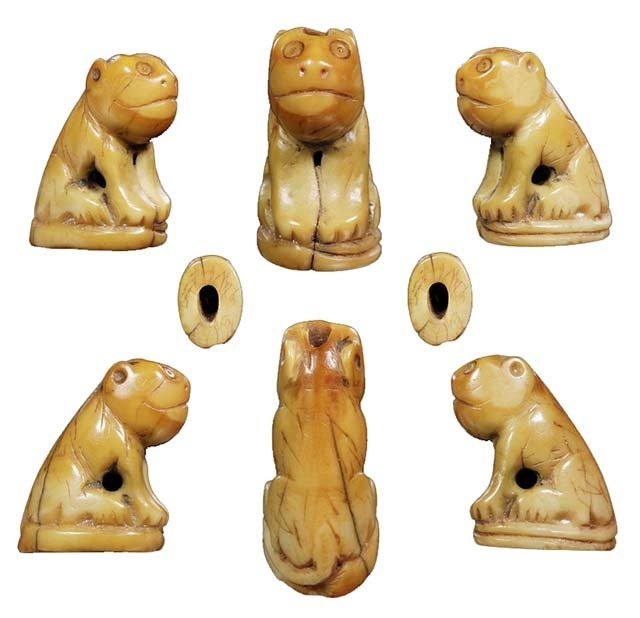 Those who need to get noticed more, or need to get more respect from others are highly recommended for this kind of amulet. Those who wear Tiger Sak Yant Tattoos are especially recommended to use this kind of amulet, as well as Martial Artists and Muay Thai Warriors, and those in Positions of Command, and to use Kata Suea and Kata for Sak Yant to empower their own Command, and Achieve Victory in all Endeavours. 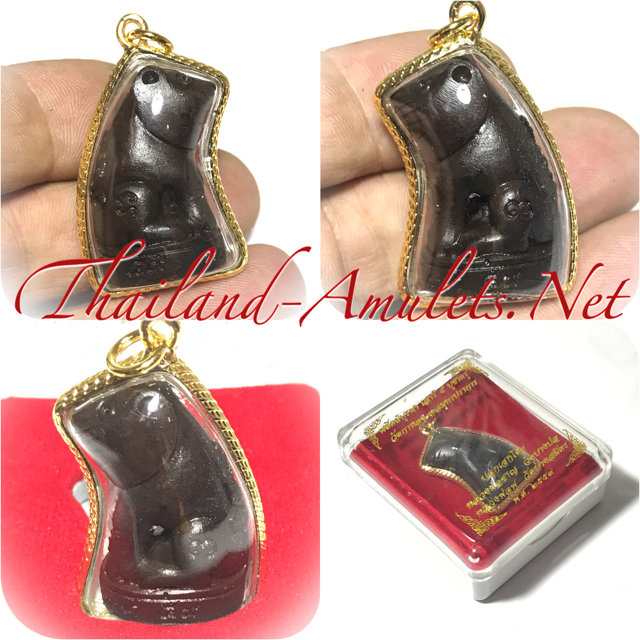