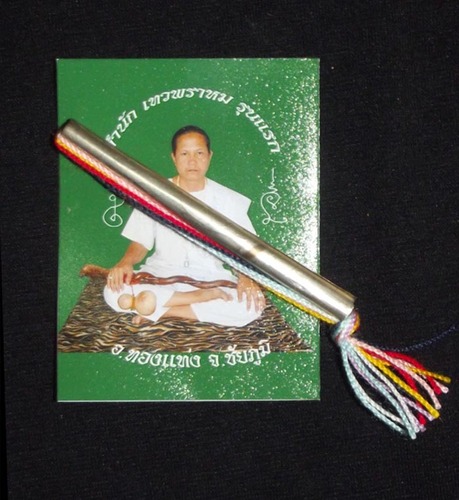 Thai Buddhist Takrut Amulet for Improving Karma and Protection from all Dangers and Inauspicious Events, using Puttakun Magic of the Purely Auspicious Variety. Pure White Magic empowered with the Assistance of the devas who can only be called on the Auspicious Sai Ha Day.

Its Auspicious and Luck Bringing blessing ceremony was held on Saturday the 20th of March 2553 BE (2010), which was a Fifth Rising Sequence of the Fifth Lunar Month. The Takrut uses Puttakun (Buddhakhun) Power, pure Buddhist Blessings which offer the Magical Assistance of the takrut with absolutely no Karmic Disadvantages to be wrought. The Takrut will both Protect and Create the Casuses of Auspicious Blessings such as Prosperity, Increased Lucky Fortunes, Good Health, Popularity at Work and Socially. 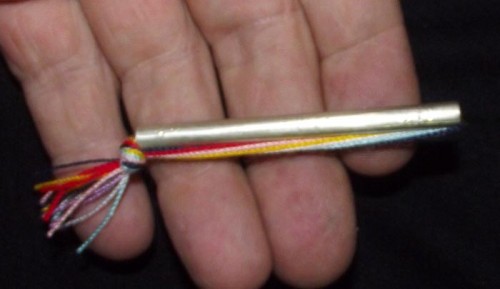 Rules for Keeping the Power of the Takrut;