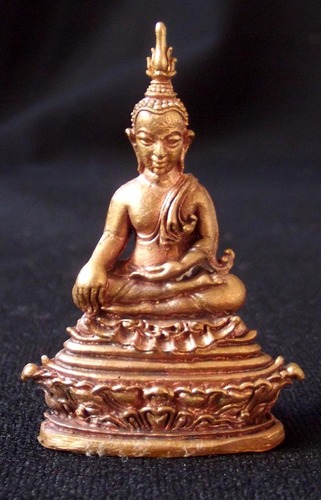 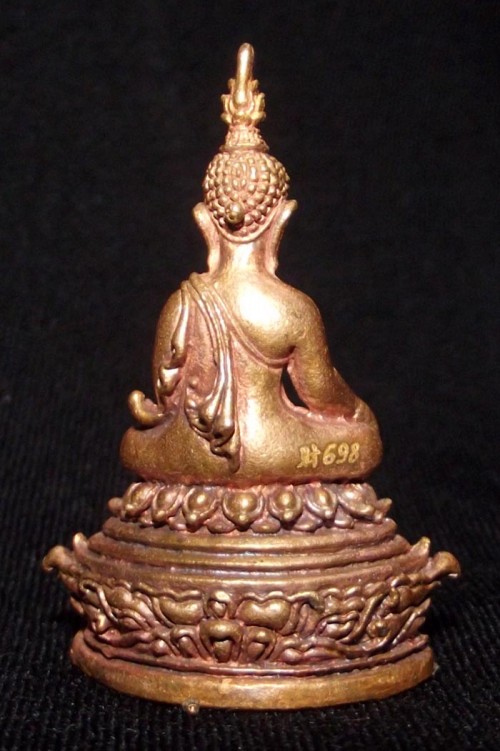 A mixture of Ancient Artifacts and Yantra Foils in Seven different Sacred Metals were smelted together for the ‘Chanuan Muan Sarn’ (metal base ingredients used for the making of amulets). The Seven Sacred Metal mixture is traditionally called ‘Sadta Loha’. The word ‘Sadta’ means Seven in Sanskrit, and Loha means ‘Iron’, or ‘Metal’. There are various mixtures of Sacred Metals used in Thai Buddhist Amulet making, which are all more or less equally sacred, but more or less rich in precious metals, depending on the formula. 7 Metals may not always be worth less than 9 metals for example, for there are different levels of each mixture which have more or less amounts of precious metals in, such as gold and silver for example.

A total of 1399 of the Pra Kring amulets were made in the edition. The Kring is a true Masterpiece Amulet and a great Work of Fine Miniature Buddhist Arts. An Excellent Classic Thai Buddhist Amulet with Exquisite design factors, and a very high level of intricate filigrain details, especially when we examine the area around the lotus petals of the Lotus Throne of the Buddha, who is seated in the Conquering Mara posture (Pang Chana Marn). The folds of the Biddha’s Civara Robe are decorative and flowing with motion, the curves of the Buddhas torso, and limbs are aesthetically styled to please the eye with flowing wave-like contours. The face of the Buddha itself is full of expression, emitting both Metta and the Power to Overcome Enemies (with Metta). 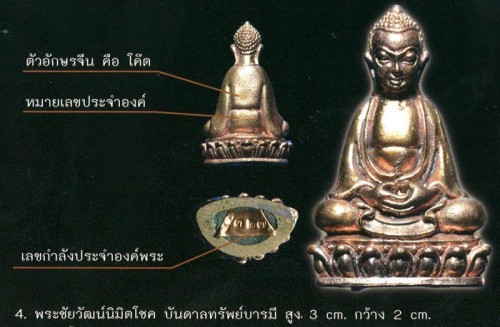 The Pra Kring Amulet is 4 Cm high 2.8 Cm wide – made from Sacred Chanuan Muan Sarn Sadta Loha. A Chinese Code symbol 财, and a numbered series code are embossed on the back of the amulet. In addition, for reference, a copper foil with stamped code is inserted into the sacred powders of the underside of the Pra Kring Amulet. 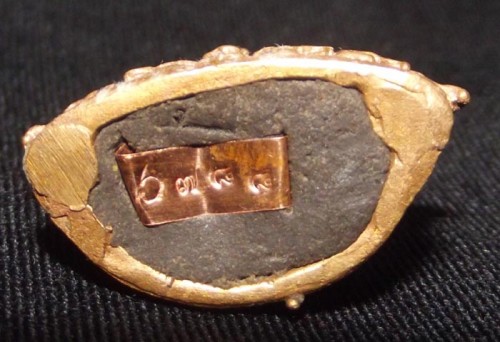 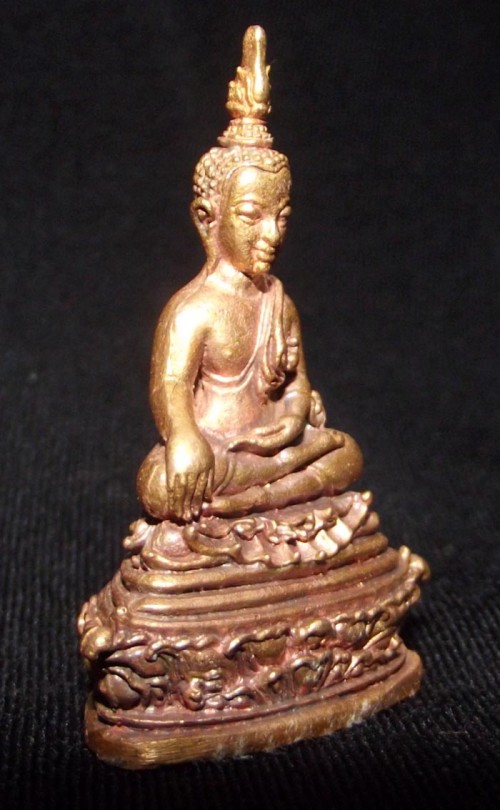 The Pra Kring, and all other Amulets in this Edition Received 2 separate Blessing and Empowerment Ceremonies (Puttapisek/Taewapisek), one in Ubon Rachatani, and one was held in the South with the Khao Or Masters in Pattalung.

A number of the Older Surviving Masters of the Khao Or Lineage of Sorcerors assisted in empowering the amulets, which have been given the complete and exact creation and empowerment formula for amulets according to the requirements of the Ancient Wicha of the Khao or Cave Masters. 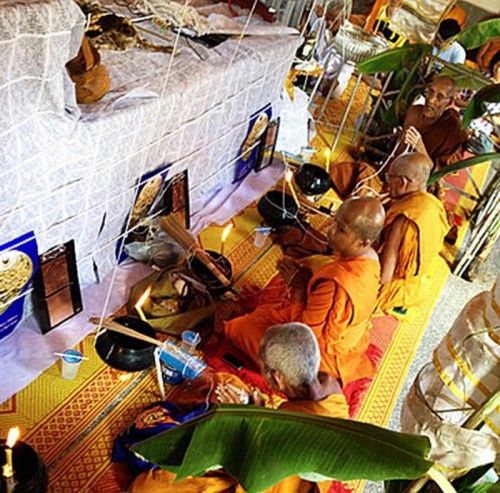 The Empowerment of all amulets in this edition go without saying that, being Southern type Khao Or Wicha amulets in Nature, the Khao Or Masters empowering them are simply the best choice.Conclusion; This Edition of Thai Buddhist Amulets is an Extremely Important Edition of Reference Grade Amulets, Run Chana Marn 2555 BE Edition Amulets are accepted by the Official Collector Circles, and can be expected to stand the Test of Time, with a Long Future of Passionate Collectorship. Comes with Original Box from the Temple of Wat Phu Khao Tong. Can be Encased if Desired. 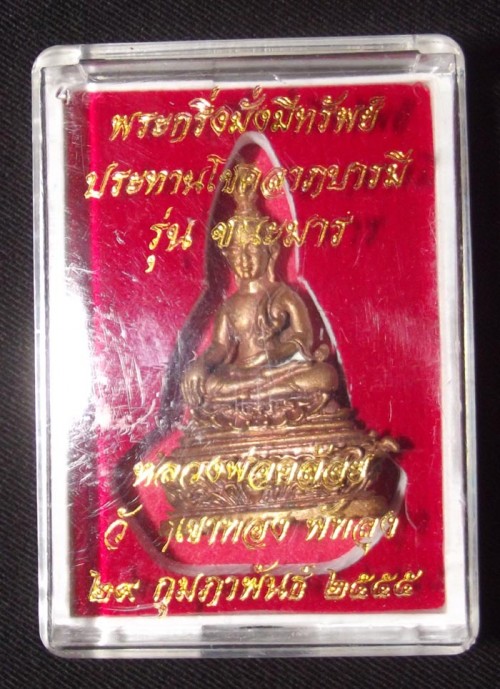