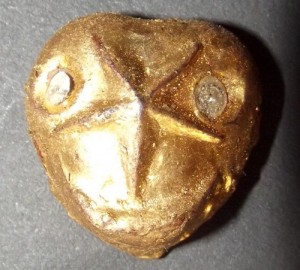 Daw Som Hwang (Wish Fulfilling Lucky Star) – Made from Sacred Metta Maha Sanaeh Powders with a Phial of Prai Oil and three ‘Takrut Hua Jai’ with heart Mantra Invocation Spells inserted. Pra Ajarn Oe has created a Wicha for Wealth and Wish Fulfillment that has recieved Immense Success from the Instant the amulet was announced to the Looksit. Released in the ‘Bucha Kroo 2554’ Edition of amulets (Wai Kroo Master Day Ceremony). 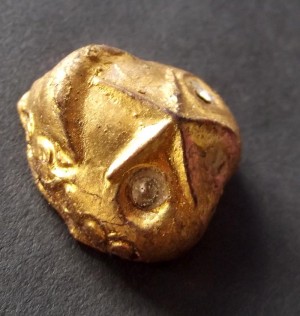 Made from very powerful Sacred Powders of the Maha Lap and Maha Sanaeh variety, and empowered with a Phial in the rear face containing a powerful Potion of Prai Oil. 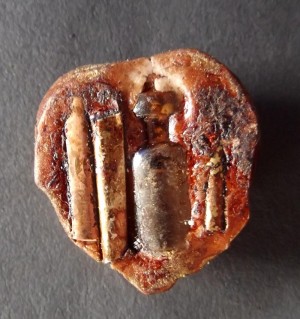 Na Chaa Lee Dtae Mahaa Sudt-Dtae – Chant 16 times, or Chant ‘Tao Aayu’ (as many times as how old you are in years, plus one more time extra).

You should apply some perfume, or rub a little Jasmine oil on the amulet whilst Chanting and making your Wishes

Pra Ajarn Oe Putto Raksa is a Major Influence in Leading Position in the new movement of Thai Occult Amulet makers, with a vast array of original and powerful amulets made with Ancient Traditional Wicha, and presented in a very personal and original fashion. fast becoming an Internationally Preferred Ordained Master for Thai Occult Charms. His amulets are always changing and released in small Numbers, making each edition a Rarity and a Sacred Object which can only increase in Value both Spiritually and Materially.

Pra Ajarn Oe, whilst still in his Prime, has now proved himself to be an adept of more Master Wicha than many Ajarns can Master in a whole lifetime. With still a long Future ahead of him, and considering the very small numbers made of his original ancient method hand made amulets, we can expect his Trajectory to become one of those which become legendary, and that his amulets will be both revered and treasured for many Future Generations to come. Their value is expected to increase steadily and rapidly as each edition is released, is snatched up by his many Looksit, and disappear from the Marketplace. His amulets are made in small quantities, remaining faithful to ancient Magical traditional substances and empowerment methods.