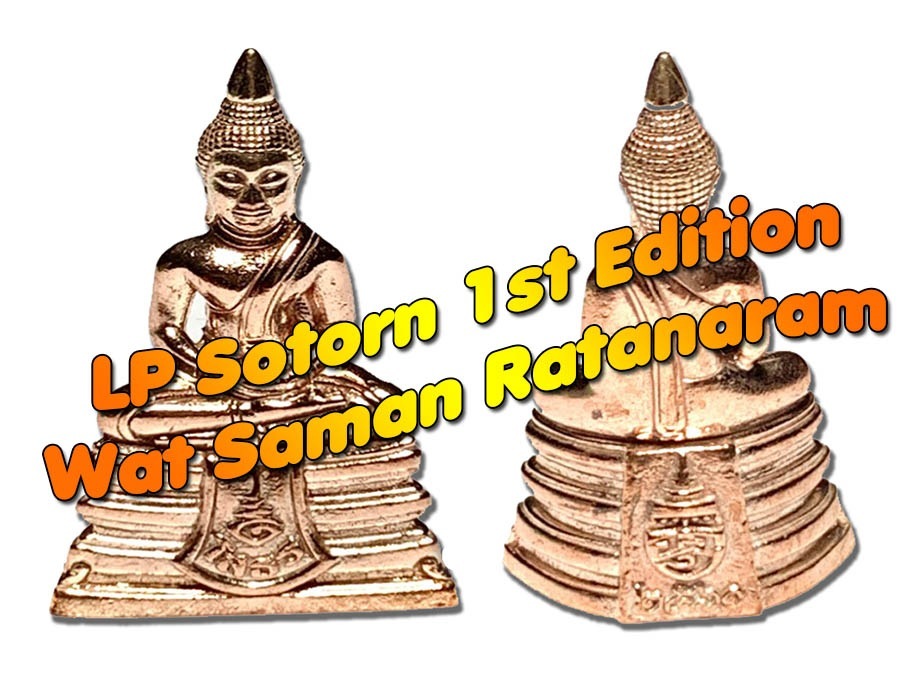 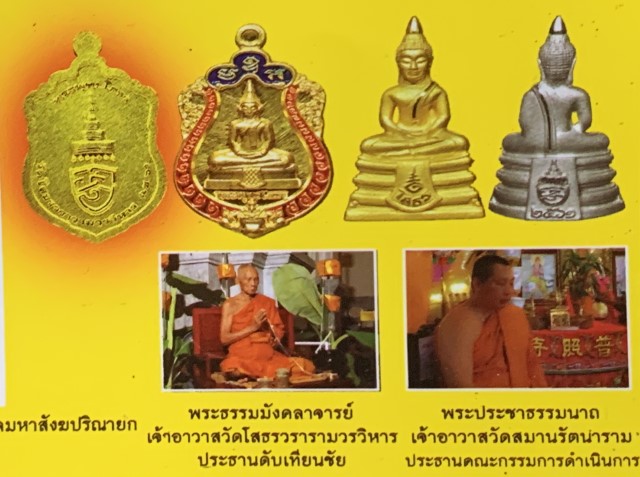 Blessed in a Great Buddha Abhiseka Ritual Empowerment, with the head Monk of Thailand, Somdej Pra Sangkarach performing the lighting of the Victory candle in the Buddha Abhiseka. 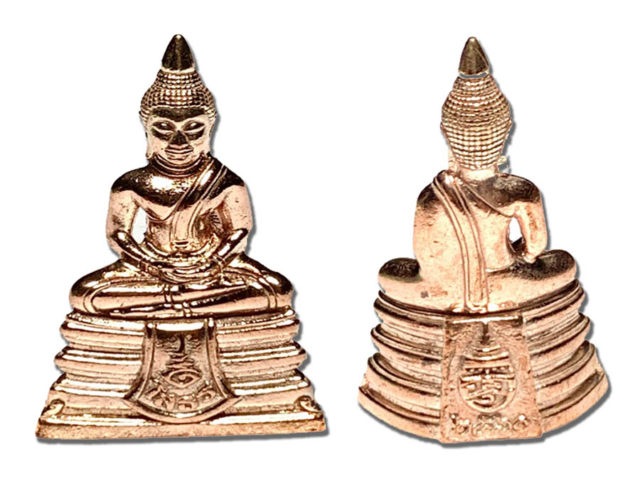 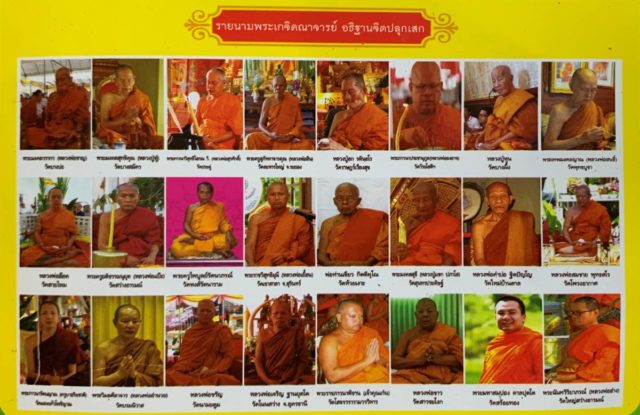 Blessed at Wat Sotorn for Release at Wat Saman Ratanaram in Cachoeng Sao, in the year 2561 BE ,with special blessings from a host of Master Monks, and his Holiness Somdej Pra Sangkarach performing the lighting of the Victory Candle of the ceremony on 23rd April 2561 at the temple Wat Sotorn Woraram (Wat LP Sotorn). 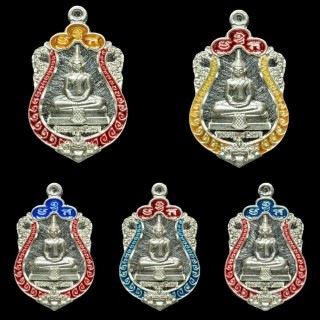 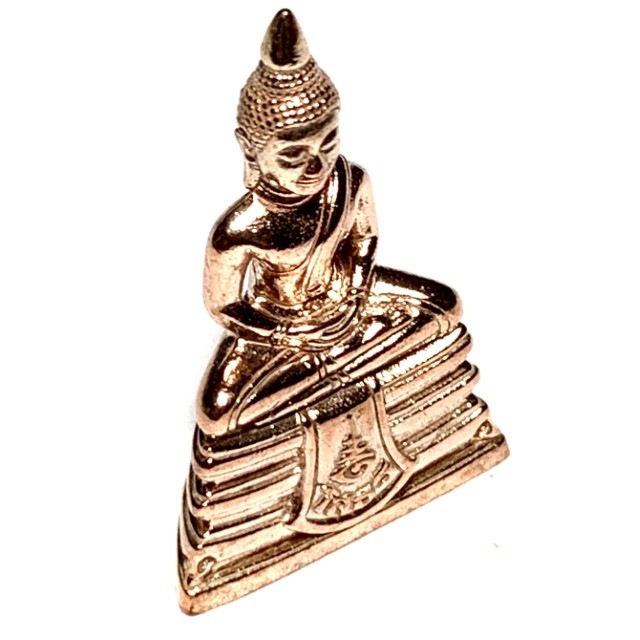 This first ever edition comissioned by Wat Saman Ratanaram, was released in Blessing Ceremony at the temle of Wat Sotorn itself, in limited series, with a number of different models of Rian Sema coins, in Pim Lek and Pim Yai small and larger models, along with the classic LP Sotorn Loi Ongk wearable statuettes, and also two kinds of large Bucha statues (5 and 9 inch bases). 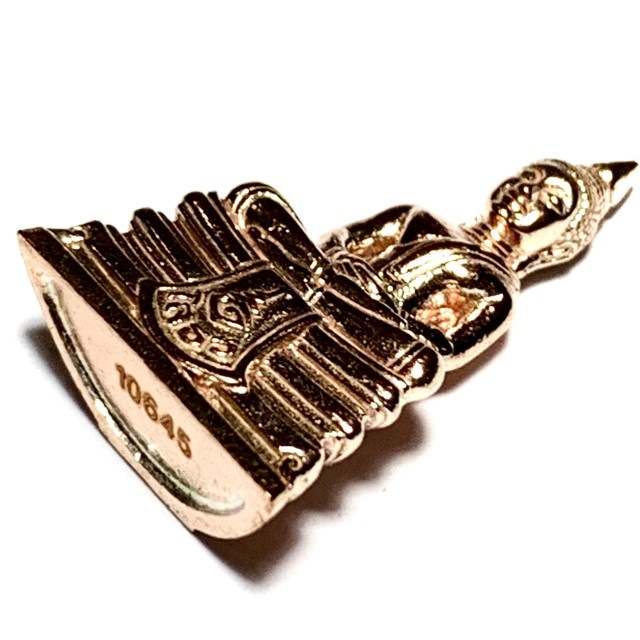 The edition was given permission to be released, to ingress funds for a grand fundraising project to build a large Hospital for the sick and needy. 1000 Million Baht is needed to build the hospital (about 32 million dollars), which shows how meritorious the Abbot is, to attempt and be halfway through succeeding in such a high goal oriented mission of compassionate giving. 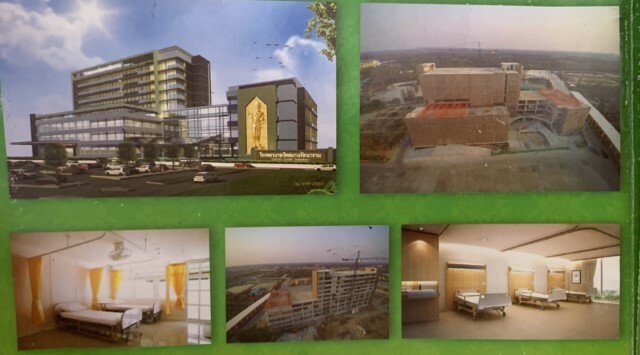 A non-listed special series of Rian Sema coins were also made as a Gammagarn Special Donation Sponsor series which was not officially available or released as individual amulets, and was only available for larger sponsorship donators,. The special Gammagarn models are differentiated by the ancient Khmer Sanskrit (Khom) Code Stamp of the Letter Sor (Khom Sanskrit S), engraved on the rear face of the Sema coin series. 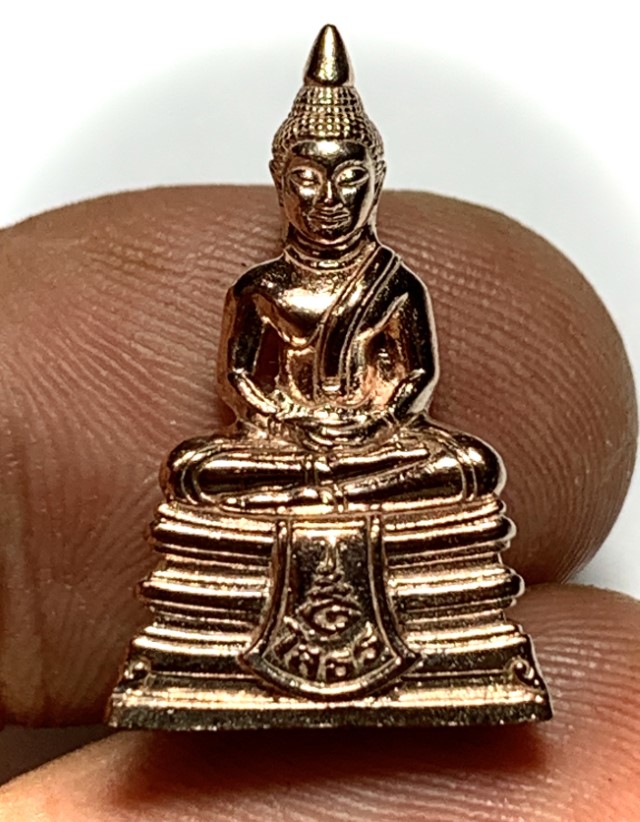 The Loi Ongk Statuette is in Nava Loha, and is one of four kinds released iin different substances; 1. Solid Gold 2. Nuea Sam Kasat (Bronze Silver and Gold Plating), Nuea Ngern (Solid Silver), and 4. Nuea Nava Loha (9 Sacred Artifact Metals). The Gammagarn Special coins series, which was not officially available or released as individual amulets, and was only available for larger sponsorship donators, and is differentiated by the ancient Khmer Sanskrit (Khom) Code Stamp of the Letter Sor (Khom Sanskrit S), engraved on the rear face. The Rian Sema Amulets, were made in Pim Lek and Pim Yai, with the Pim Yai being a medium sized amulet measuring 3 x 2.5 Cm, and the Pim Lek measuring 2.5 x 1.5 Cm. 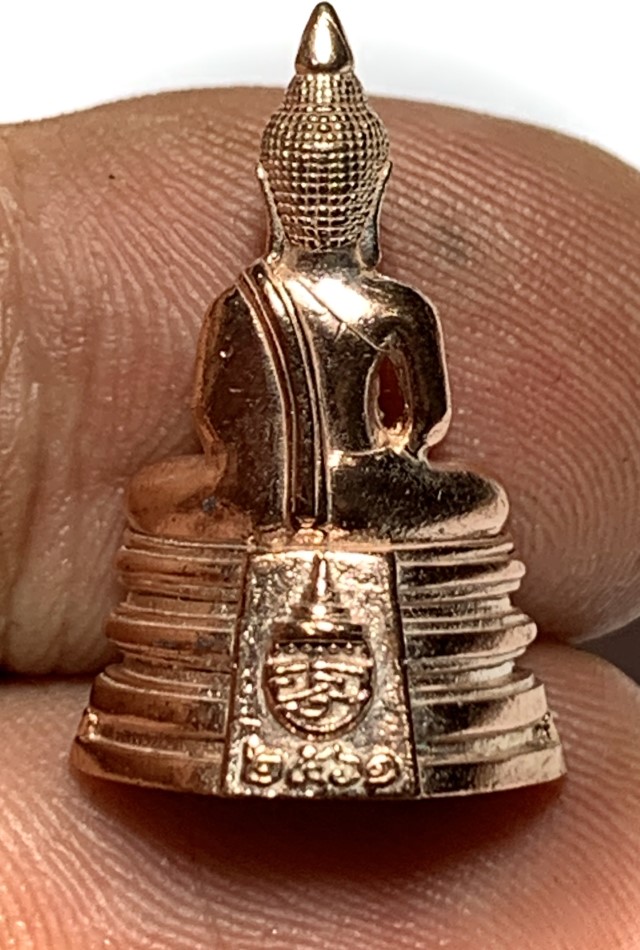 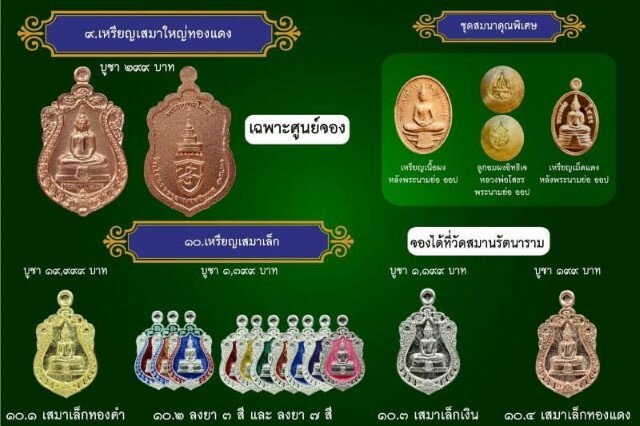 Wat Saman Ratanaram is a very large and highly revered temple, in Chachoeng Sao, close to the temple of Wat Sotorn itself, that is visited by millions of Buddhists and Brahman Hindu Devotees from around the world. Famed for its Giant Ganesha, Nagas, Paya Chang elephant, Mae Kwan Yin Bodhisattva (Guan Im in Thai), and Pra Rahu Sacred Statues. 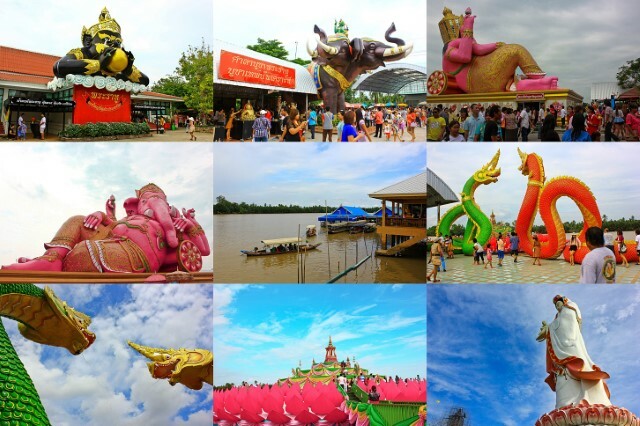 The Luang Por Sotorn Buddha of Wat Sotorn in Bang Pakong, Thailand, was one of the Famous 5 Sacred Thai Buddhas found Miraculously floating down the river.

The Buddha was invited to reside in the Temple in an Official Ceremony according to Ancient Traditions. A Monk was found who knew the method of Inviting, and the Buddha was raised up to be installed within the Temple. 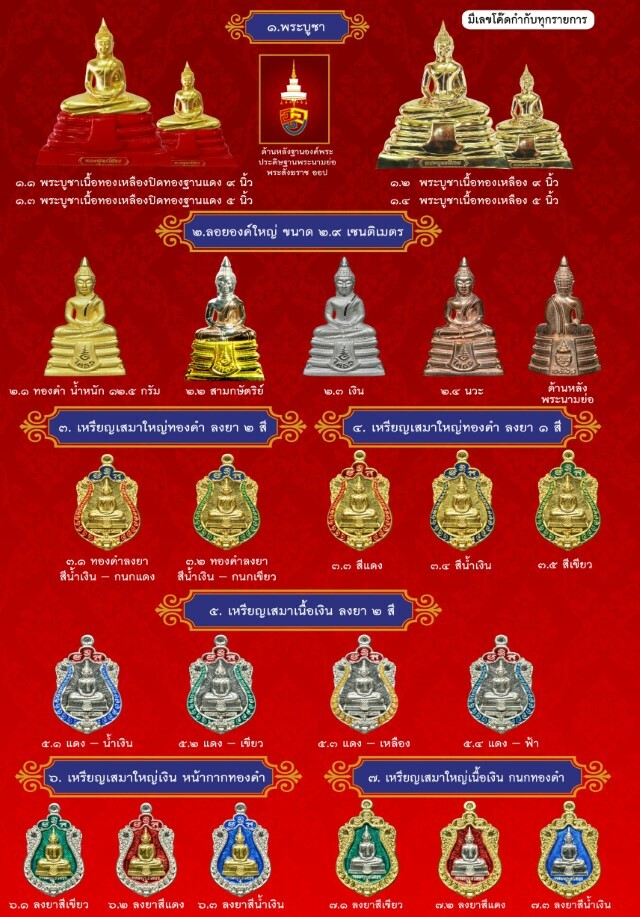 Once the Buddha was installed, it was seen to be a Buddha made in the Lan Chang Era. Because it was not overly large to steal, the Monks were worried about its safety and so made a thick outer casing of cement and covered it in gold, to make the Image larger and heavier, rendering impossible to steal. 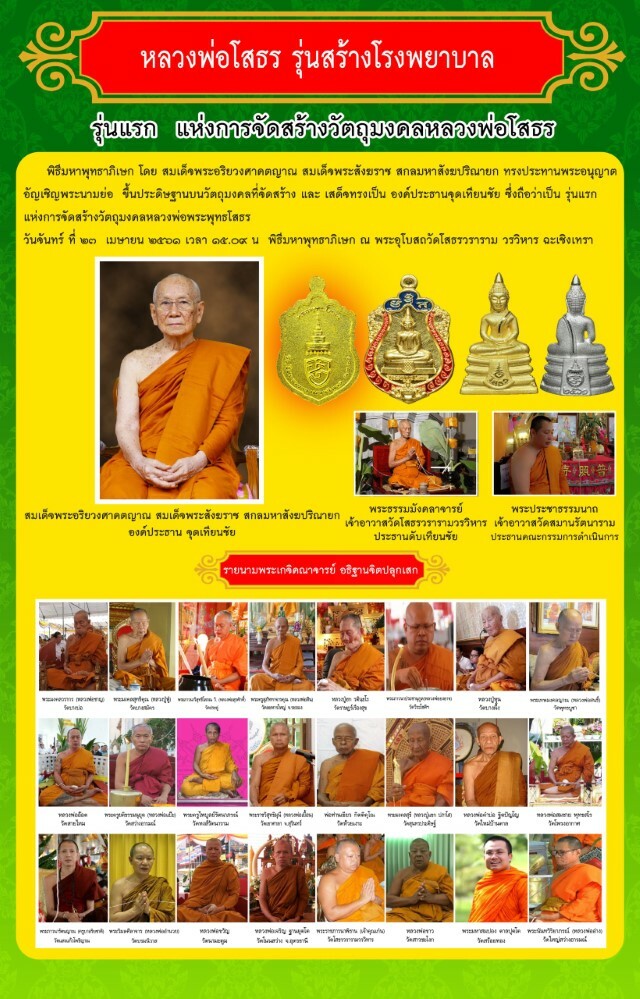 The Image of the Luang Por Sotorn Buddha is one of the five most Sacred Buddha Images of Thailand and seen as one of the ‘Pra Koo Baan Koo Mueang’ (Nationally Favored and Connected to Culture) Buddha Images, and one of the most Highly Collected and Officially recognized amulets in Thai History.

The light-ray-like effect, and stiffness of the metallic surface of the amulet around the Buddha, forms an aura that is both beautiful to behold, as well as making the amulet impossible to forge or commit an act of fakery, for only the top quality sacred metals, and the best and most expensive form of block press mold casting, can reproduce this quality and effect on the surface sheen of an amulet. 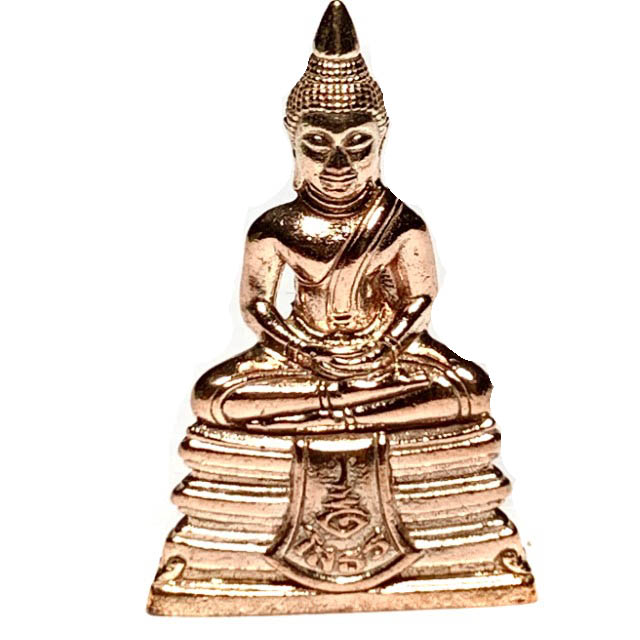 All Amulets of this Genre become Rare Collectors Items as Time Passes and are seen as a Family Blessing to have in the House, as well as a very secure Investment for ones Children to Inherit.

Luang Por Sotorn Amulets have their own Niche Genre and Collector Circles, which has now become an International Scene. The casting and empowerment of the Luang Por Sotorn Amulets, was made according to the Traditional Method that has been practiced throughout all Generations of Pra Luang Por Sothorn Amulets and Buddha Images. The Chanuan Muan Sarn used for the Casting of the amulets was made from a grand selection of Sacred Alchemical metals, blessed by a Host of Guru Masters. 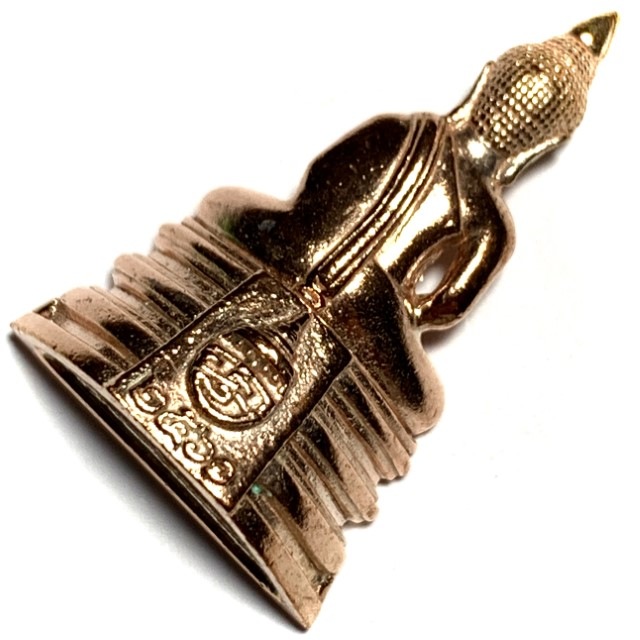 Below; Guru Masters contributing Blessings Yantra Foils and Chanuan, and pictures of the Sacred Muan Sarn used in the making of the Pra Luang Por Sotorn amulets. 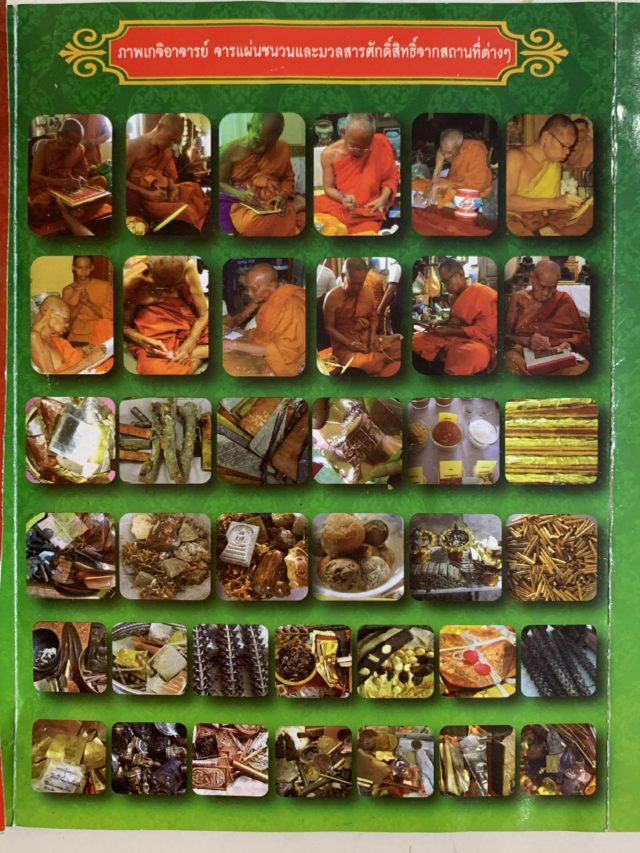 The Pra Luang Por Sotorn Buddha, is, much like the Buddha Chinarat, attributed to many lifesaving miracles which have happened over the years in the past and present, and considered to be a very powerful amulet for protection of oneself and one’s household, and especially good for protection when traveling (Klaew Klaad), to evade all deadly dangers. LP Sotorn is of course, also a Buddhanussati amulet, for practitioners of meditation and the followers of the teachings of the Buddha (Buddha-Dhamma) to remember their precepts through the act of wearing the amulet, as a reminder to remain mindful of one’s precepts. 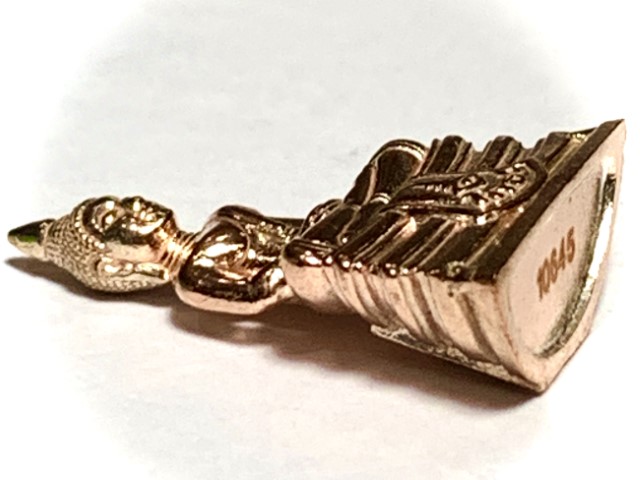 The Buddhanussati (remembrance of Buddha’s Enlightenment), serves to inspire the practitioner in meditation and practice of the Buddhist Sammappadhāna (four right exertions), such as Dhāna (generosity practice) Marananussati (Mindfulness of the Uncertainty of Life, and when the moment of Death will come, as a reminder to remain skilful in one’s own deeds, for a karma-Free Conscience). It is a clear conscience that allows the mind to still itself through mindfulness of breath, and this is why Sila (Precepts, are one of the three important factors to develop and accumulate according to Lord Buddha’s teaching.

The Four Right Exertions (Sammappadhāna), are associated with the Noble Eightfold Path’s factor of “right effort” (sammā-vāyāma) and the Five Spiritual Faculties’ faculty of “energy” (virya – an attitude of gladly engaging in wholesome activities, to cause one to accomplish wholesome or virtuous actions.),and, are one of the seven sets of Qualities Conducive to Enlightenment. 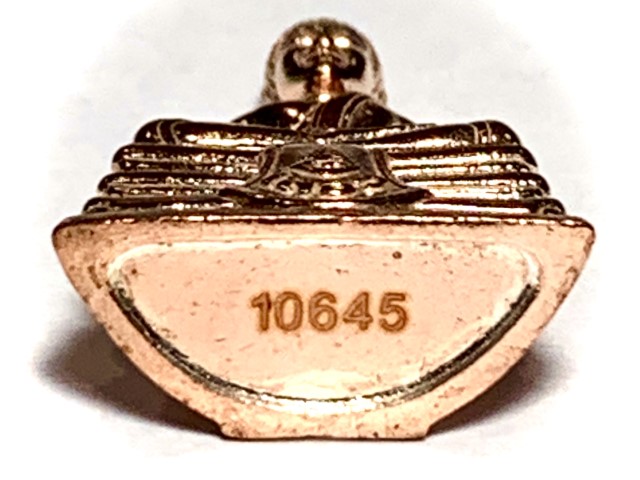 An All-Time Auspicious Classic Thai Buddhist Amulet, belonging to the Top 5 Most Sacred Buddha Images in the whole Nation, and is perhaps along with Pra Luang Por Chinarat Buddha, and the Emerald Buddha, the top three Sacred Buddhas of Thai History. 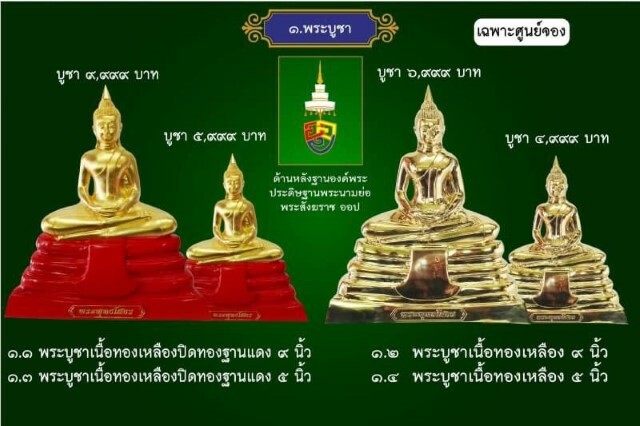 Above; Bucha statues released for this Hospital Building edition, for the Grand Hospital for the sick and needy, which requires 1000,000,000 Thai Baht to build the hospital, and which is in continuous need of assistance through Dhana (generosity of Buddhist Devotees). Anyone wishinig to donate to the temple directly who is in Thailand with a mobile phone, can donate 50 Baht per time by calling *679# on mobile phone (make sure 50 Baht credit is on the phone, for the donation to be successfully transferred). The Kata Luang Por Sotorn video tutorial and the video of the Invitation of LP Sotorn to come from the water to the temple are available after purchase in your account in the files tab section. 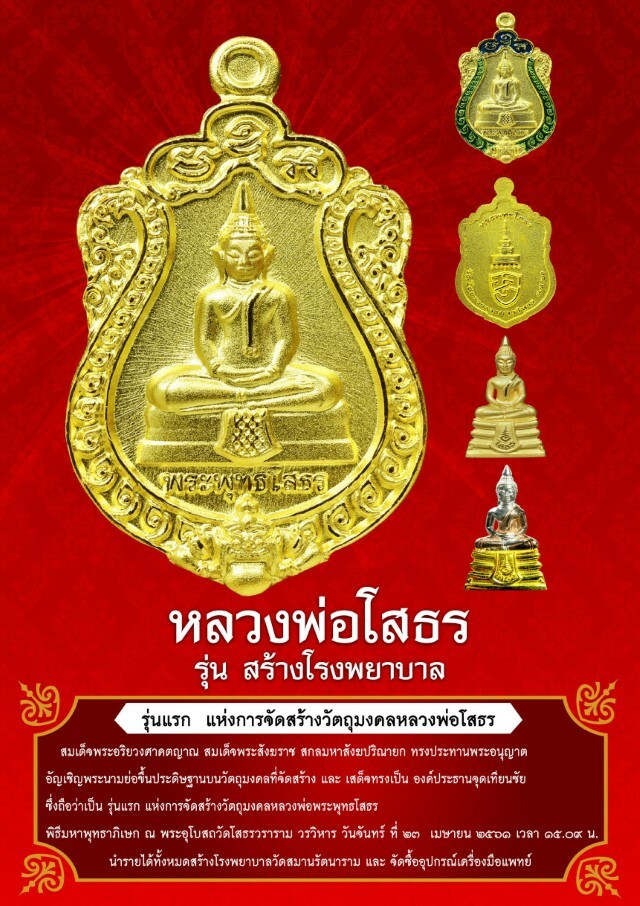