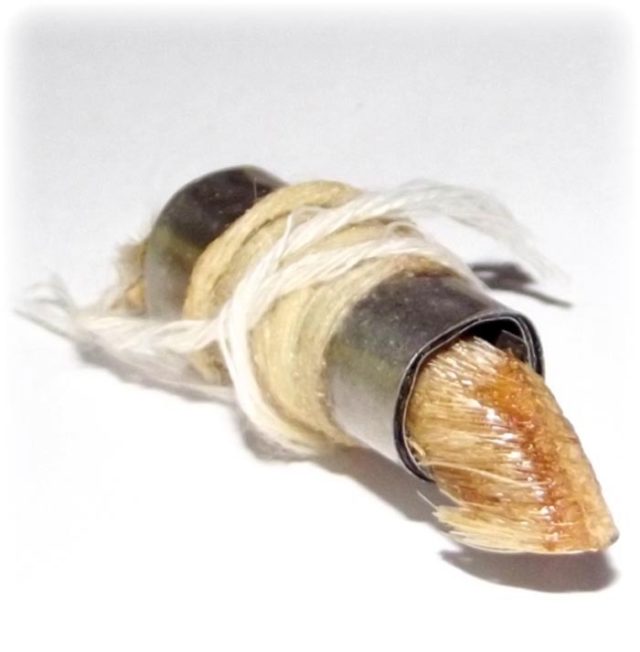 Takrut Hnang Wua Fa Pa Talay Bor Nam Dtaay – (Hide of a Bull struck by lightning, fall in Water Well + Die) – Gambling Ghost Whisperer – Pra Ajarn Taep Into.
Pra Ajarn Taep Into created the Takrut using Leaden Yantra Foil with Sacred Khom Agkhara Spell inscriptions, wrapped around a piece of Hide from a Bull that was struck by Lightning, also inscribed with yantra spells, and bound with Sorcerous Binding Cords from a Funeral of a Corpse that was a ‘Phii Dtaay Hoeng’ (Died in Unnatural Events).

Phii Dtaay Hoeng are Prai Ghosts that, because of their unexpected death and premature passing into the Spirit World, are quite anguished and have a very high level of Psychic and Magical Powers, which are lent to the Powers within the amulet.