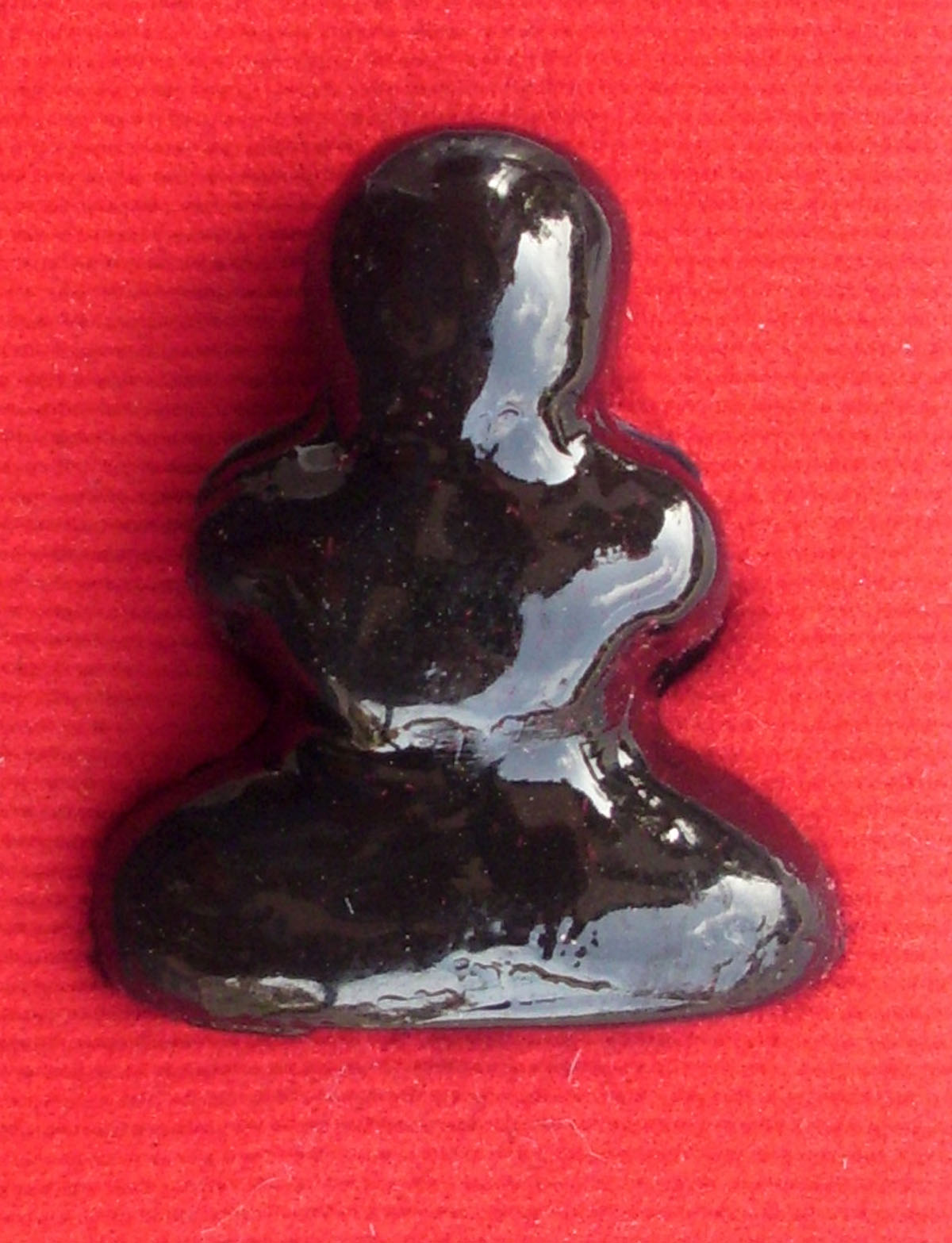 ‘Pim Tapap’ means ‘ Terrapin shape’, and it is thus named, because the amulet is made from Puttakun powder and then covered in a shiny layer of black Lacquer, which makes it look like a shiny terrapins shell sticking out of the water. 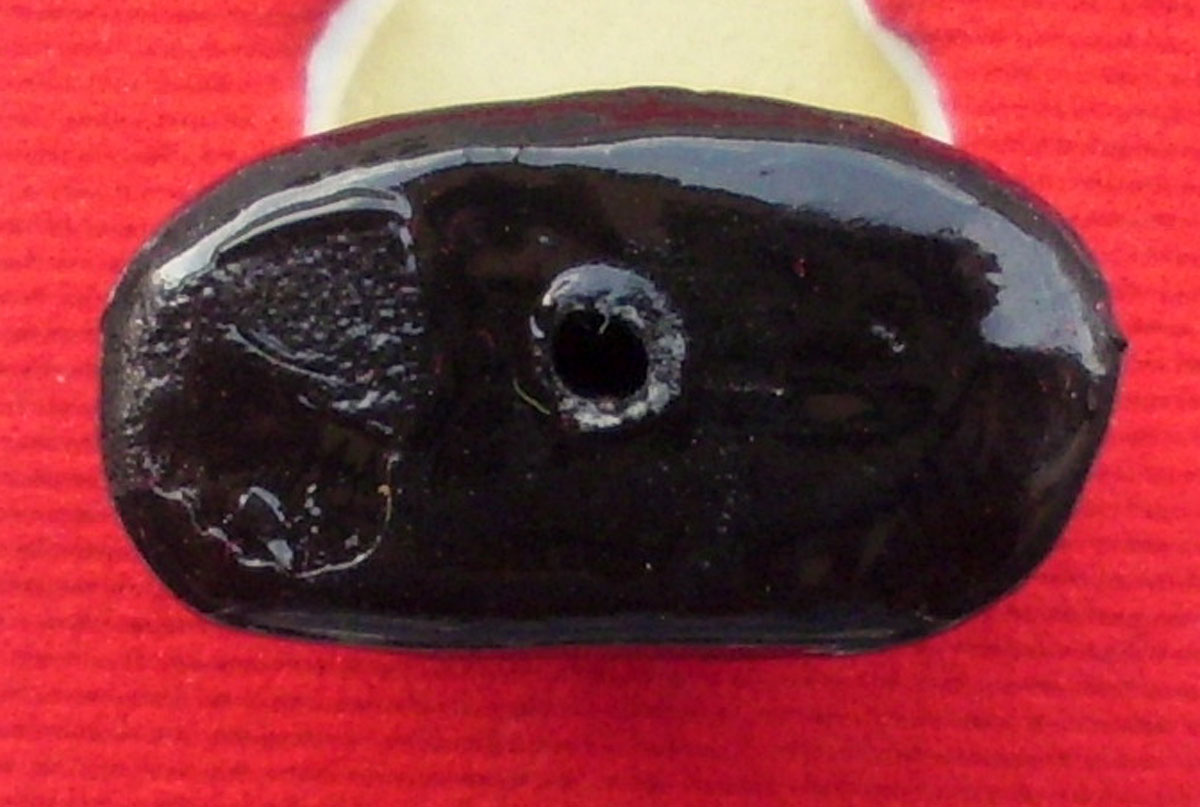 The amulet has a Takrut spell inserted into the base

If you were to ask an expert about who was the greatest maker of powerful Pid Ta amulets, you would most certainly hear the name ‘Luang Phu Iam’of Wat Sapan Sung, as one of the candidates.If you were to ask which Guru Master was Great in making Hanuman amulets, then you would hear the name ‘Luang Por Sun’ for sure, whose Hanuman figurines are of Legendary status. in fact, LP Suns hanuman is given position 5 in the list of Thailands most preferred amulets of all time. 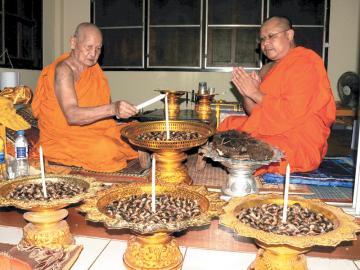 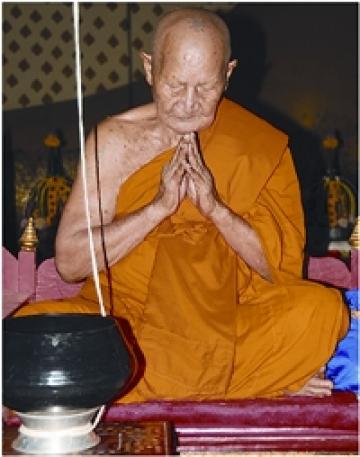 LP Sun dispensed the Wicha on to Luang Phu Waas, of Wat sapan Sung, who was a Nephew of his. He was given this Wicha the very first day he was Ordained as a Monk, for Luang Por Sun had traveled to attend the Ordination , and stayed to train and teach the young LP Waas for a while. 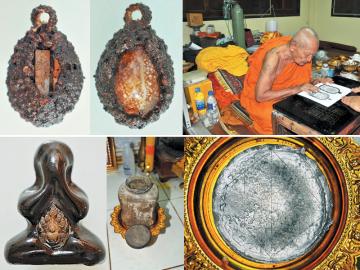 Luang Por Waas is the Abbot of Wat Sapan Sung, and the inheritor and continuation of the Dtamnan Pra Pid Ta Wat Sapan Sung which was begun and made so legendary by Luang Phu Iam.

Pra Pid Ta Sao Ha is made using the Wicha of Luang Phu Iam, who was his great Grandfather (as well as the Grandfather of LP Glin and LP Tong Sukh as well)

The Pra Pid Ta Sao Ha amulets were made by LP Waas himself, using sacred powders from various Kroo ba Ajarns of the Wat Sapan Sung lineage of Masters, starting from Luang Phu Iam, through to the Luang Phu Glin. He mixed these sacred powders with his own, and then added a rich mixture of sacred herbs for healing and attraction.

This time though, the Pid ta no longer simply emulate this of the Master LP Iam, rather have developed a Nuance; The Pid Ta image has a Pra Nakprok Bai Makham Buddha amulet made from sacred metals inserted into the chest! This detail not only increases the individuality of this amulet, which will surely mark it as a memorable edition, but also is very attractive for powerful magic, because of the fact that the amulet is actually 2 in one, being Pid Ta AND Nakprok Buddha rolled into one amulet.
The Nakprok  is a Buddha with a seven headed Naga Canopy (official Buddha of those born on Saturdays). The Puttapisek blessing ceremony for these nakprok was made on the day when the power of the sevcen heqaded Naga King is at its strongest, and this caused rainfall to break out lightly during the ceremony, which then turned into a pouring wall of water that flooded the temple after the ceremony ended. 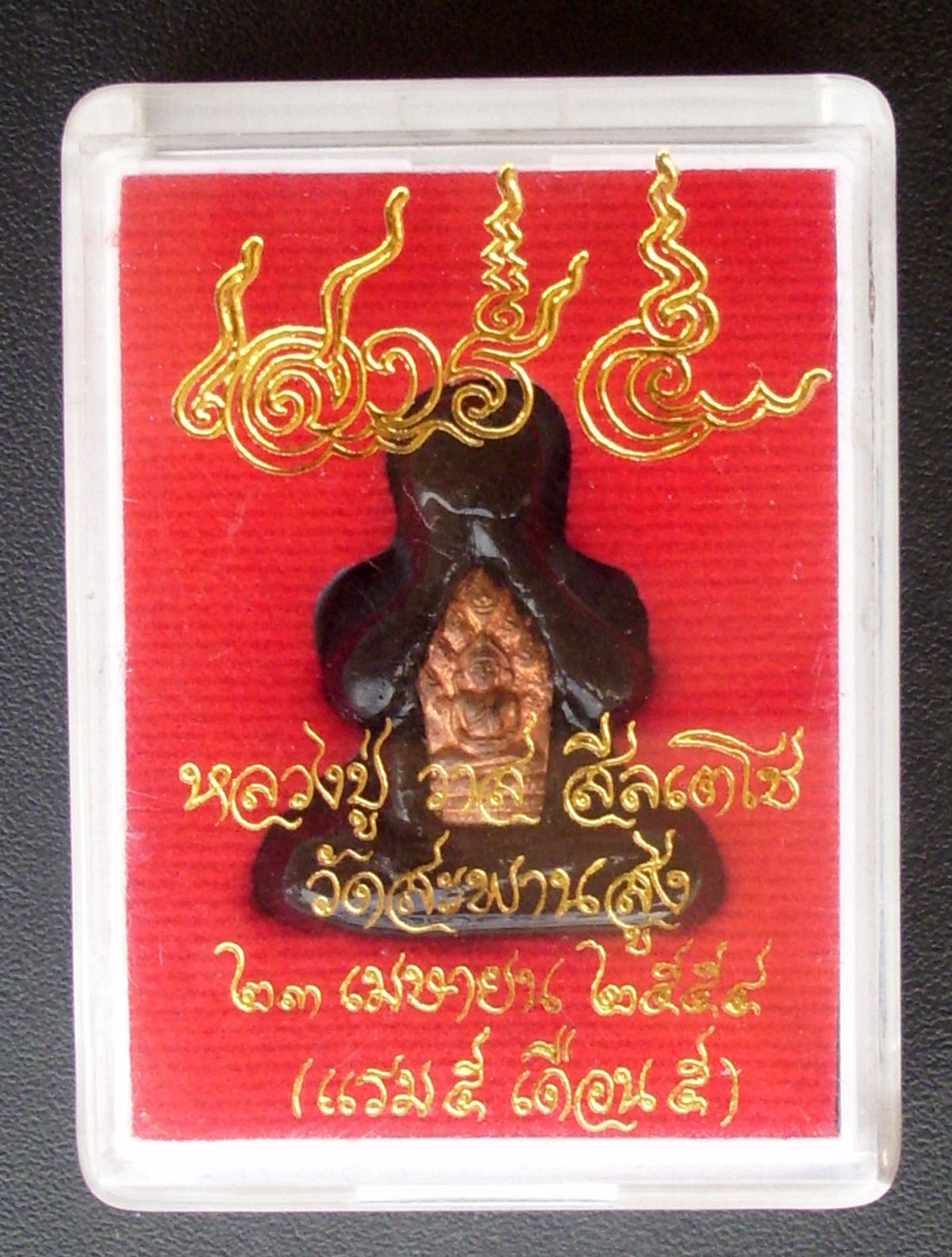 A second strange occurrence was that as the Nakprok amulets were being pressed, the metal pressing block mold broke, with a crack along the middle of the Buddha. The artisan told Luang Phu Waas what had happened, and said that the pressing must stop, and make a new block. LP Waas replied that it was not necessary, and that he should press the number of amulets pre-ordered by the devotees waiting in the temple, and then press another 555 amulets of each type to give to LP Waas. Luang Phu said that it would hold to complete the numbers 555, and then after that it would break, and be useless. They completed pressing with the cracked block, until the last amulet to make the number count reach 3555, whereupon, the block broke in half just as the last amulet was completed, according to Luang Phu Waas’ prediction!

If we judge the future by looking at history, we will see that Luang Phu Iam began making Pra Pid Ta at one baht each, and now they sell for 1 million baht, his Antecendent at Wat Sapan Sung, Luang Por Glin, made Pid Ta in the same Tradition, and now those same amulets are already costing hundreds of thousands of baht, Now, the third of the Wat Sapan Sung Lineage of Wicha Pra Pid Ta Luang Phu Iam, is once again continuing the Dtamnan (Legend) of Pra Pid Ta Wat Sapan Sung, and who knows how rare and sought after they will be in later years, nor how expensive and unreachable they will become.