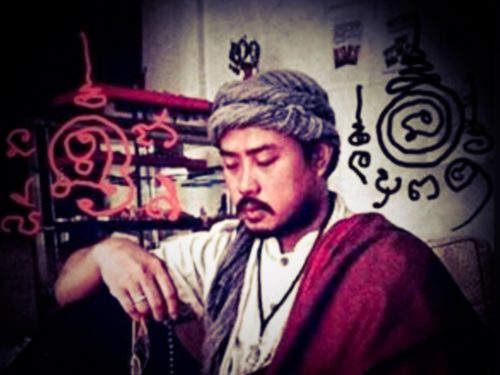 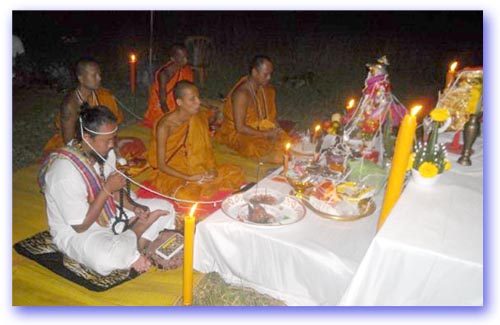 Ajarn Taep Pongsawadarn was born in Chaiyapum,. He was interested in the Occult since he was a small boy, which is not surprising considering he was born into a family of witch doctors and Sorcerors. Both his Uncle and his Grandfather were Adept Magicians, and so he learned many Wicha from them at a very early age. As he was only 13 Years of age, he was able to create and empower his own Kumarn Tong effigy successfully. His Uncle taught him a Multitude of Wicha, and recipes for potions and sacred powder making. His Uncle also ordered him to go and Master Samadhi Bhavana (meditation) with Luang Por Sakti Chai of Wat Sra Kaew.

As he came of Age, he was Ordained as a Buddhist Monk, but Ajarn Taep still did not stop learning his Magical Wicha and methods of Sorcery, and traveled to learn more Wicha with Luang Por Worapot of Wat Chumpol for a period of 2 Years Ordination. During his time as an Ordained Bhikkhu, he was also able to travel on Tudong with Luang Por Worapot and enter into Laos, where he met many Masters and received many other Wicha, especially those relating to the control, suppression or enticement of Prai Sprits, Ghosts, Fairies and Devas.

He later disrobed to live as a Lay person, but in the end, he realized he was unable to leave the magical side of his life alone, and so, began to study and practice much more seriously and apply his life to the practice of Saiyasart. He then began to experiment with making different kinds of ‘Wattu Mongkol’ (amulets and charms). As he first released his early editions of amulets to his close friends and few trusted students. He would ten see what the results were, and design his empowerment methods according to the effects observed from the amulets he made, and he continued to add empowerment methods until he reached the desired effect and power.

As Time passed, Ajarn Taep began to become famous due to the positive feedback from those Looksit who had rented and revered his amulets, and received his blessings, which has led to him becoming one of the Present Era’s most preferred Ajarns whose amulets have attained immense popularity with devotees not only at his Samnak, or in Thailand, but also around the whole World. 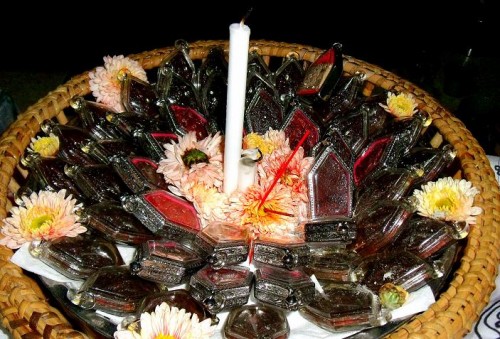 His amulets werre almost always made in very small numbers and limited editions. He used no modern machinery or technology to make his amulets, and all made with his own hand using the Ancient Methods. As he became Internationally popular however, the demand made this impossible, and he began to empower larger editions of amulets which were made with assistance, and used more efficient production methods.

Most people who rent his amulets tend to keep them and not resell, so it is not common to see his amulets on offer once a certain edition is sold out. This is because most people get positive results from his amulets and so never wish to part with them once they have received one.This is the case with many of the powerful Lay master amulets, which is yet another reason (apart from the increased power of charm more than monk made amulets) why Lay Master amulets are more expensive than amulets made by Buddhist Monks or Temples.

Pra Ajarn Taep re-ordained one more time as a Bhikkhu at Wat Sra Kaew around the year 2555 BE, and remained ordained for a couple of years, but in the end felt forced to disrobe to perform the dark arts without the restrictions of an Ordained Monk. he is now once more in his Samnak as a Lay Sorceror, and  makes amulets and performs Sak Yant Tattooing at his Samnak 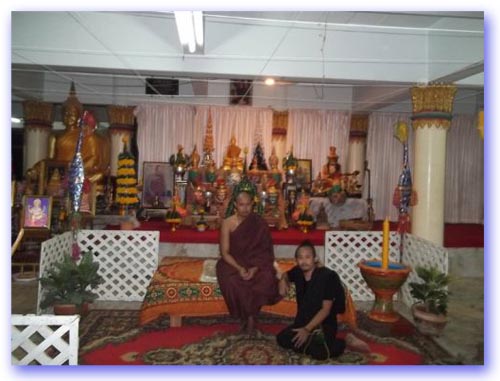 Ajarn Taep has now become very famous for his empowerment of modern dolls with the Wichaq Kumarn Tong, which has become a fetish for many people in South East Asia, especially in China. 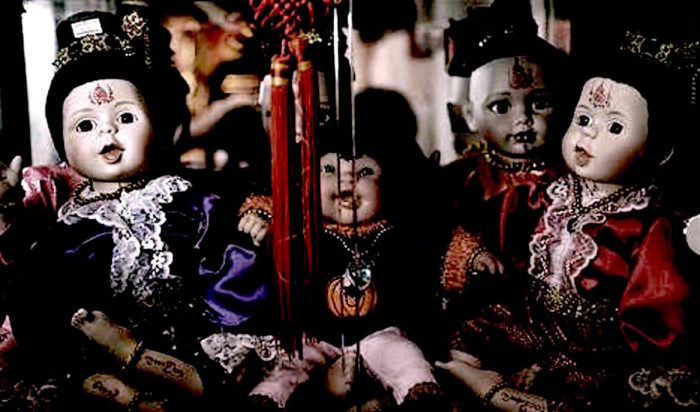