Por Tan Bun Hai Bpatumo is the abbot of Wat Ta Muang, Tambon Pak Poon, Nakorn Sri Tammarat. His amulets are receiving a lot of interest currently both for the apparent success with those who wear them, as well as for their incredible beauty. Collectors from both within Thailand and in foreign shores are adding his amulets to their collections, and Wat Ta Muang is finally receiving funds to continue the construction and improvements of the temple due to the popularity of his most excellent amulets.
In 2553, Por Tan Bun Hai announced the creation of a new line and edition of amulets, in order to build Kutis for the Sangha and to pay for general improvements. 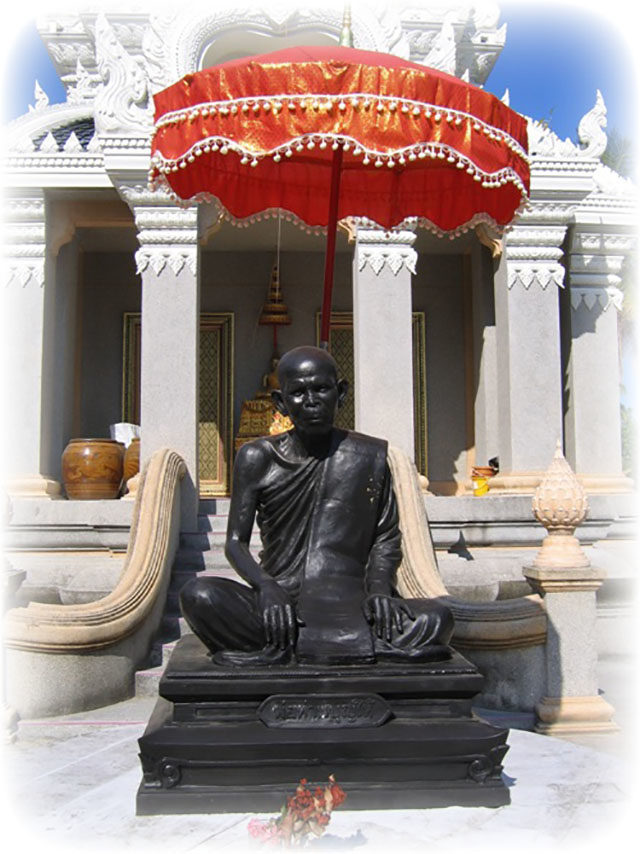 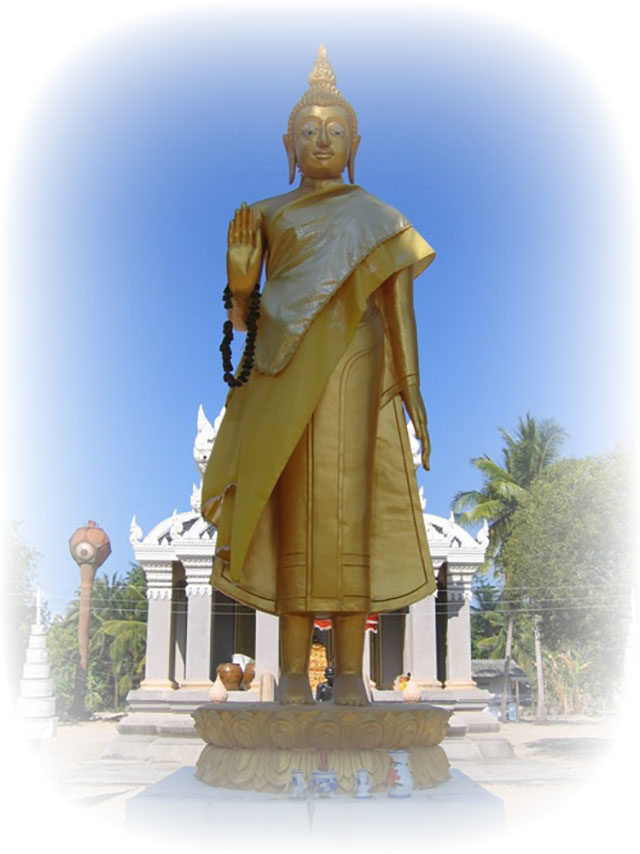 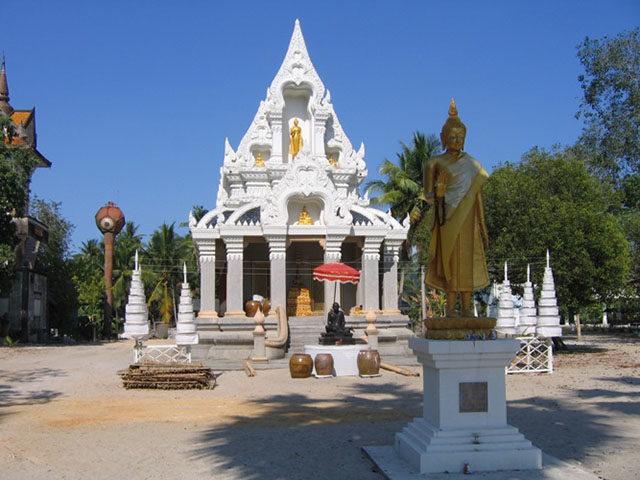 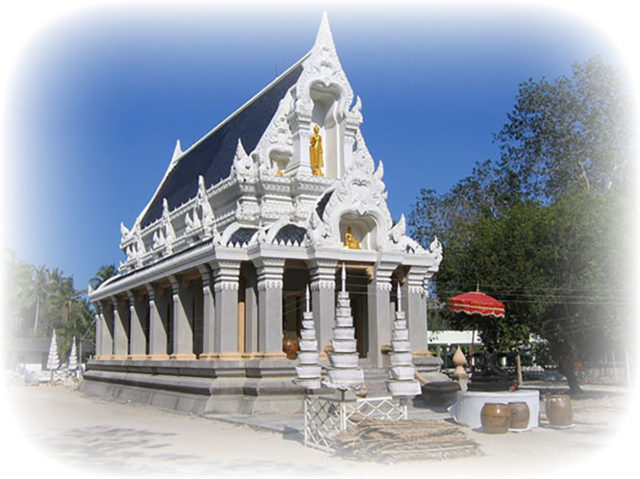 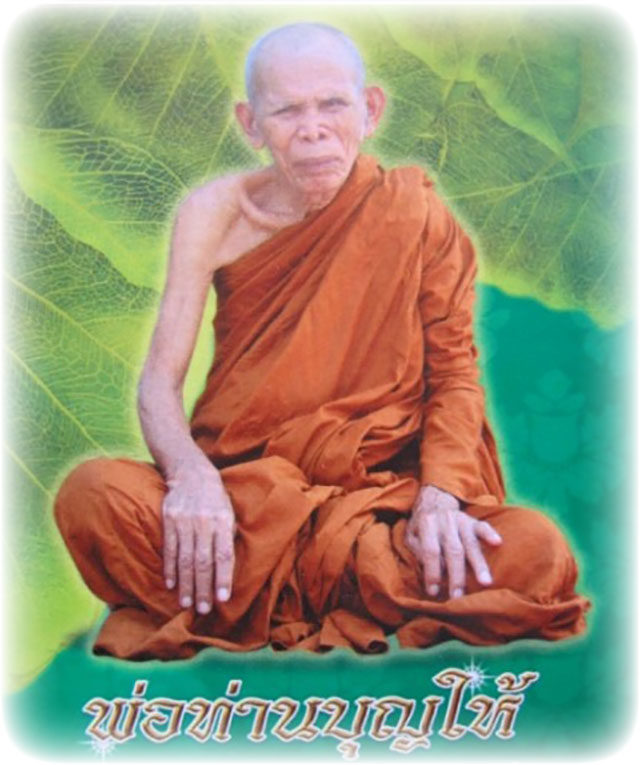 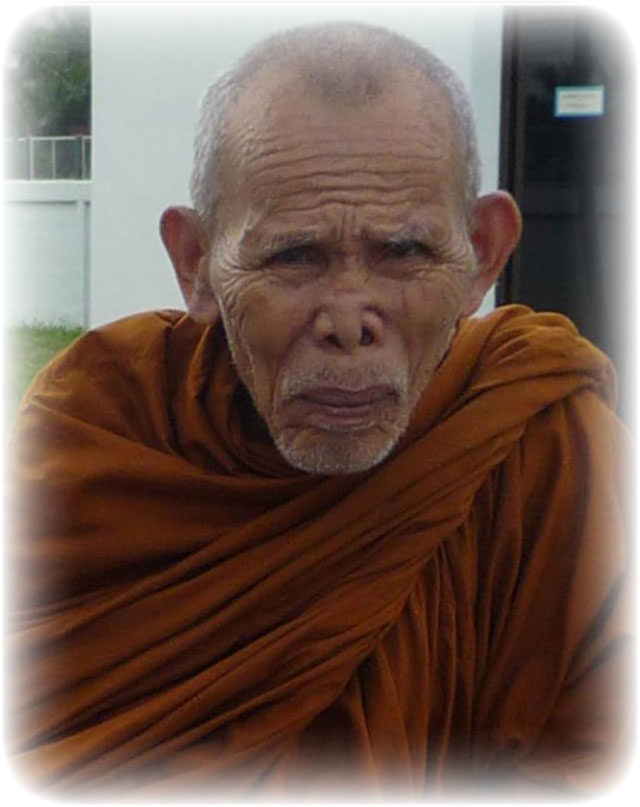 The line contained the following amulets in this edition;

The Piti Te Tong smelting ceremony for the Metal Pra Pid Ta and the metal Pra Kring amulets and coins was begun on 27-28th December 2552 BE. The cement Pid Ta amulets had  their pressing ceremony in the sacred area in front of the shrine room of Wat Ta Muang. All the amulets were limited to certain numbers, and once the exact amount of amulets had been made for each series, Luang Por Bun Hai then broke the block and any extra amulets left over. Each amulet has a hidden code number on it. 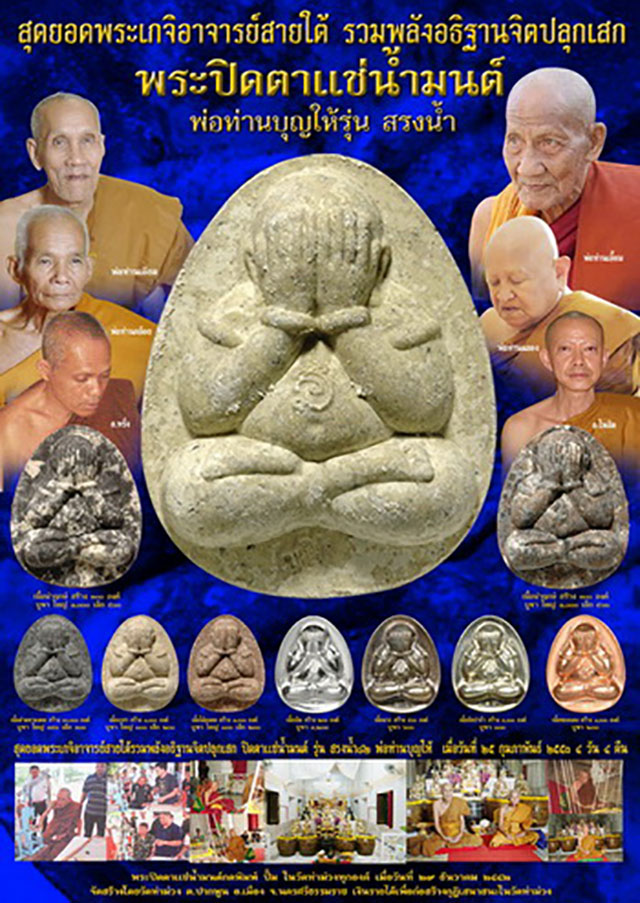 On the eve of Saturday 26th December 2552 BE at 21:09 hours, Por Tan Bun Hai entered the Uposatha shrine room and lit candles and incense to the triple gem, and performed the ‘Piti Lang Chanuan Muan Sarn’ (clean the impurities and evil influences/energies from the ingredients to be used in the making of the amulets). This is also known as ‘Piti Tam Borisut’. After he had purified the Muan Sarn, he then meditated and and chanted, empowering the various metals for smelting, powders and herbs for amulets etc. He then took some special Sariga amulets which he had previously made for the Looksit present at the Buddha Abhiseka Ceremony, and placed them with the other amulets to be empowered. After the Puttapisek empowerment had been conducted, Por Tan Bun Hai then used prayer water to sprinkle the Looksit with Blessings using the prayer water from the ceremony. 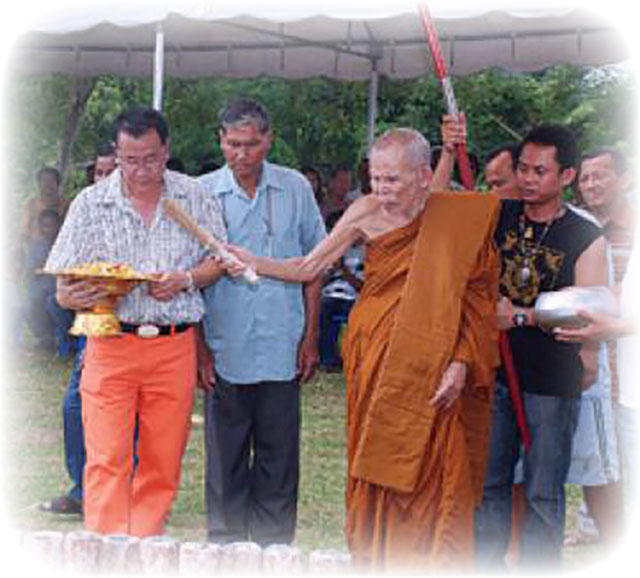 Monday 28th December 2552 07:30 am Police Captain Pichet Wisaijorn pf the fourth Regional Regiment conducted the ceremony of casting the first metal as the Lay Master of Ceremonies. He then lit the incense and candles to the triple gem and began to press the first amulet of each type in their respective block presses . This ic called ‘Pim Nam Rerk’ and is part of the traditional way of making amulets, first pressing one of each of the three types (Pim Pra Kring, Pim Pra Pid Ta, and Pim Bai Po) as the master amulet. Once all three kinds of amulet had recieved the Nam Rerk pressing ceremony, Captain Pichet then led the procession of civil servants and military officers in to see Por tan Bun Hai who blessed them with prayer water. Luang Por then gave Tagrud Mongkol Jakrawal protection amulets to all those who were of the fourth regional regiment in order to help them stay safe in their duty.

Tuesday 29th December 2552 08:49 am Police Captain Bremsin Nittisiri The Head officer of the Fourth Provincial National Security office presided over the Piti te Tong (smelting ritual). He lit the candles and incense to the Buddhas and the Devas and sacred things, and made the first pressings of the ceremony. At precisely 09:39 am Por Tan Bun Hai performed the pouring of the liquid gold into Buddha Image of Pra Putta Sihingk statue (14 inches wide), the statues of Por Tan Bun Hai and the Pra Kring Song Nam amulets.

At 10:59. After all the amulets were completed, Luang Pi Surya Surto Pra Lekha and Por Tan Bun Hai destroyed all the Printing and smelting blocks. The sponsor committee then collected the pieces of broken block molds and put them in the Museum of the Temple of Wat ta Muang for posterity. 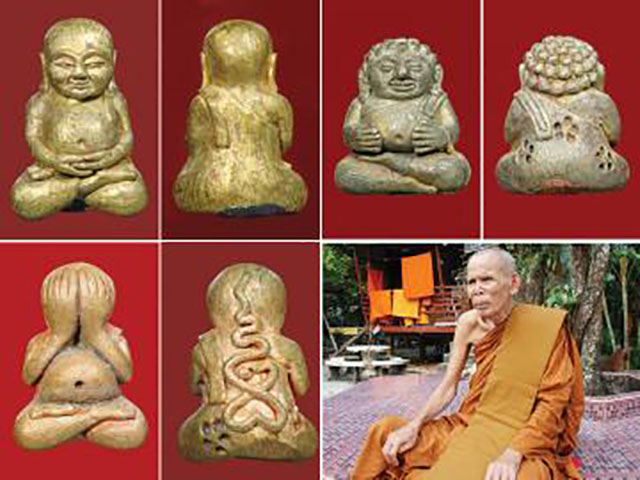 On the 24th December 2553, Por Tan Bun Hai mixed all these sacred waters together and immersed all the powder amulets in it, and spent 4 days and nights meditating and empowering them, chanting Kata and projecting Jhanic powers and pranic energies. The Piti Pluk Saek Spellcasting ceremony for the final completion of these sacred and powerful amulets was performed on 25th to 28th February 2553 BE in the sacred shrine of the Uposadha of Wat Ta Muang. 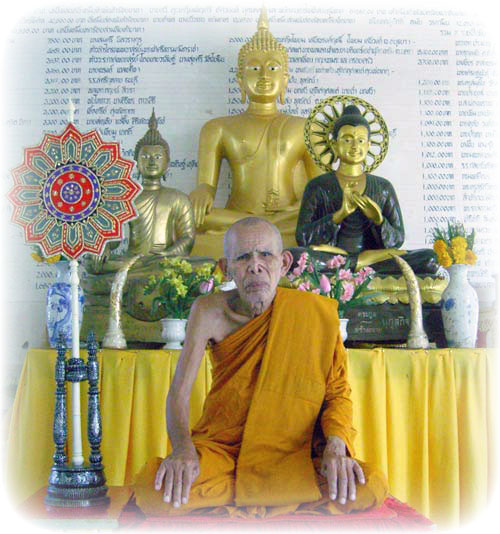