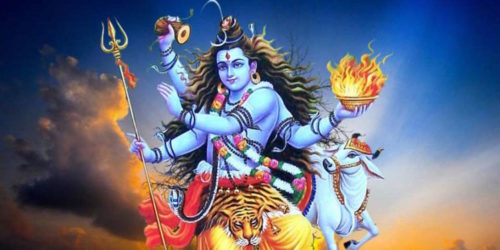 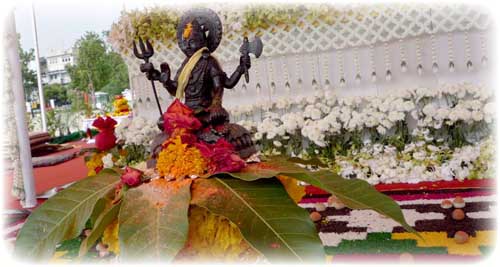 The Lord Shiva is a Brahman Deity who Thai Buddhists also Revere, for indeed, Thai Buddhism and Hinduism are inextricably interwoven in the Thai Buddhist Cosmological Pantheon. The Lord Buddha never Denied the Existence of Such Godly Entities, maintaining only that the worship of Deities is not a direct cause of Ultimate Enlightenment or Liberation from Samsaric Existence, but in fact, even mentioned the Brahma Deity who he had met, and also has said that one of the reasons of the downfall of a Nation or Empire or Culture, was often due to neglecting to pay respects and offerings to the Local Devas. 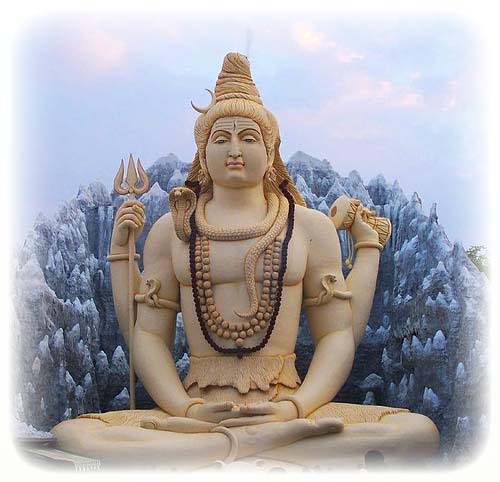 To Bucha Pra Isworn (Shiva), you must always Chant the Kata for making Bucha to Pra Pikanes (Ganesha) beforehand. How to Worship + Thai Method of Kata Chanting for Pra Pikanes Deity 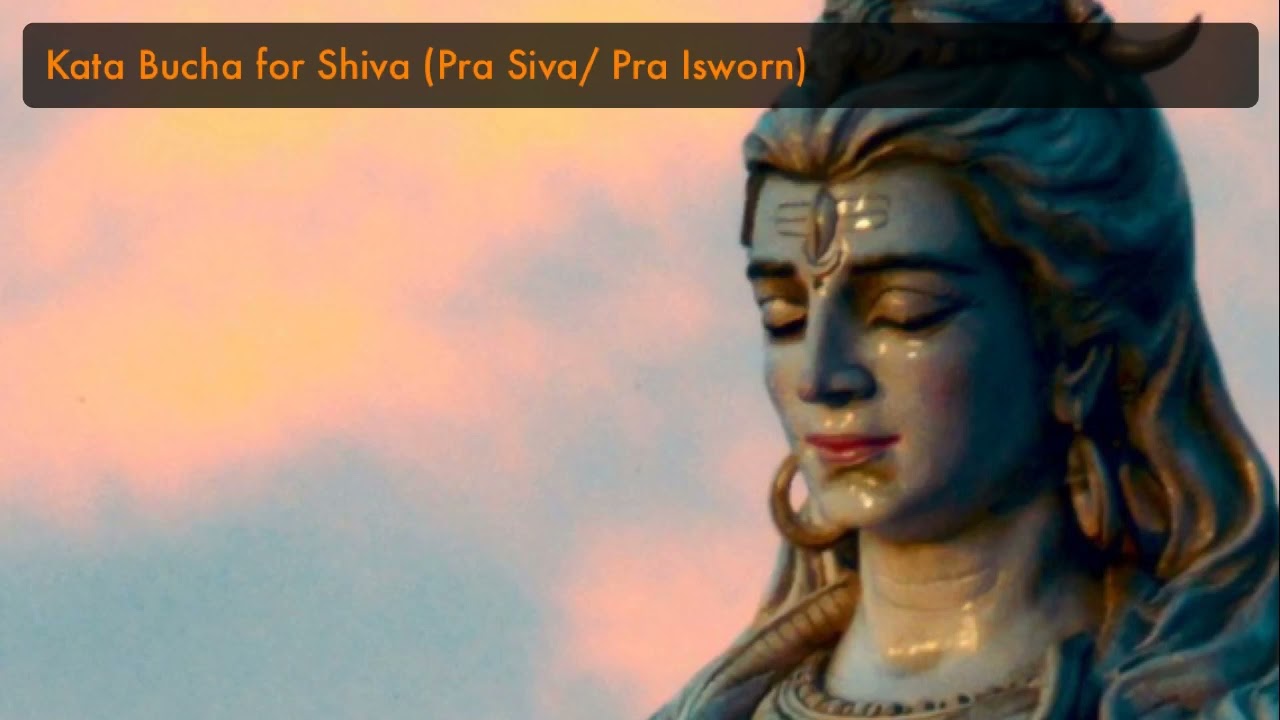 Altar arrangement for Prayer to Shiva 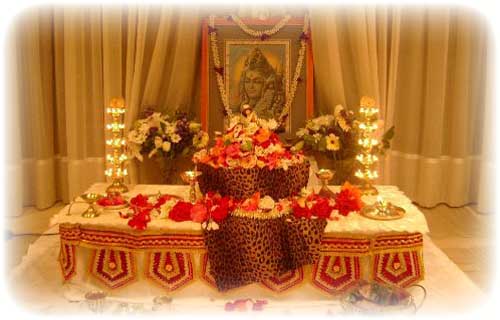 The altar for Lord Shivas Placement can have other Devas present on the same altar (i.e Brahma, Ganesh, Kali, Vishnu, Parvati, Lakshmi, or the Shiva Lingam, or other Family members of Lord Shiva.

The altar table should be covered in white, red, blue cloth, or if possible tiger skin pattern cloth. Lord Shiva will be pleased with this. The altar itself should be made from natural wood, or painted black, red or blue (no gold embellishment, because Lord Shiva practices Yoga of the Highest level and has Samadhi concentration due to his frugal lifestyle without gold or too much luxury). 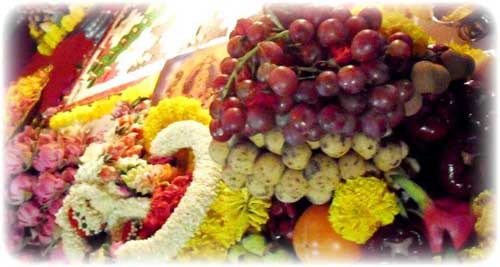 Drinks, Milk (can be plain or sweet Milk, but no additives or colorings)
Flower Offerings:- You can use Chrysanthemums, Lotus, Roses or any other kind of beautiful colorful flowers.

Perfumed substances such as Jasmine, Herbal Extracts and aromatics plants and incense powders.

Fruits with a fine aroma and taste (no bitter. sour or bland tasting fruits). Fruits should be offered unpeeled or segmented, but offered whole with the skins on them, such as a whole bunch of Bananas, or bunch of Lychee.

Coconut however should be cut open on the top, or poured into a Glass or other drinking vessel. Sweets and Puddings can (and should) also be given. It is forbidden to offer spicy or fermented foods or meats. 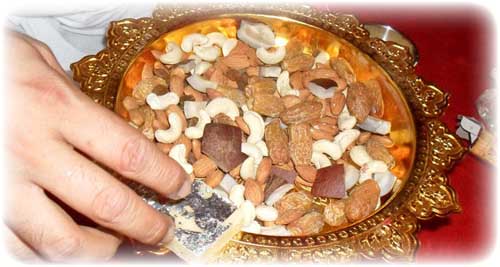 Cereals and Grains and Vegetables such as sesame seeds, barley, puffed rice, Taro root, papyrus leaf,cassava or potato, string beans or beans, rice, lotus seeds, peppercorns and aromatic spices such as cinnamon, nutmeg or holy basil can be given.

Before Chanting the Kata for Pra Isworn (Shiva), you must chant the Kata Bucha Pra Pikanes;

The heart mantra is; ‘Na Ma Sivaa Ya’ – this is a five syllable Kata which you should chant in the following way;

Translation;  “Pra Siva – he who has a Naga for a necklace, who has 3 eyes
and who wears ashes on the surface of his skin – he is the Highest of all Lords of Heaven
Who lives in Purity Eternally – who wears the tiger skin as a robe.

You can use one, or all of the above Kata Sansern for Bucha, depending on how much time you have.

The Kata Aaraatanaa Pra Krueang can be used for any and all Buddhist Amulets;